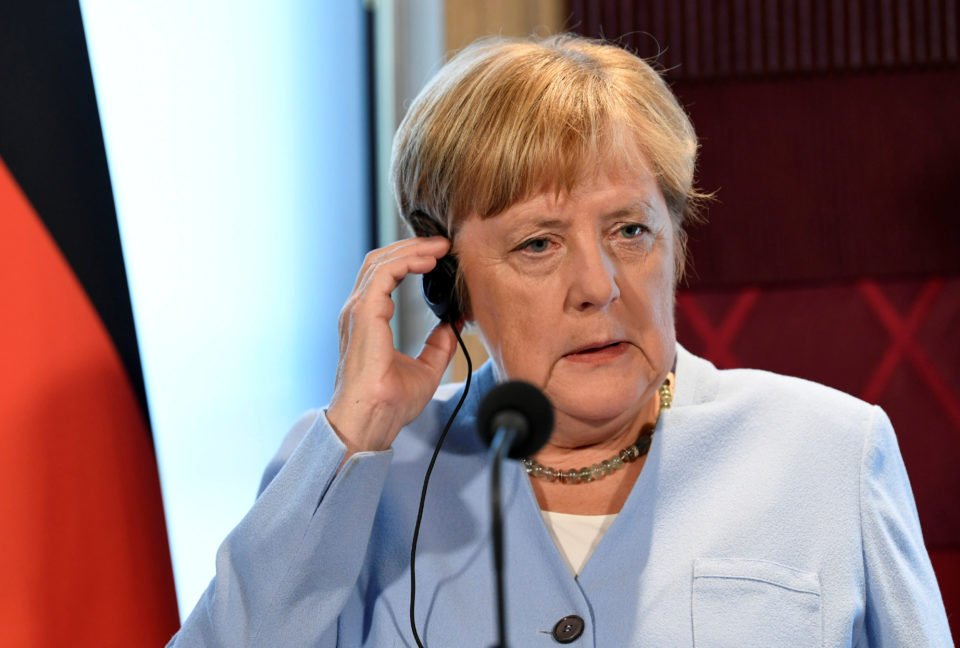 German chancellor Angela Merkel has said the G7 leaders “cannot be silent” in the face of fires sweeping parts of Brazil’s Amazon, and will call for everything to be done to halt them.

Germany is backing French president Emmanuel Macron’s call to discuss the fires at the weekend’s G7 summit, which is being held in the French town of Biarritz.

Mrs Merkel said in her weekly video message: “Emmanuel Macron is right – our house is burning, and we cannot be silent.”

She said the leaders of the world’s top economic powers are “shaken” by the fires and that they will discuss “how we can support and help there, and send a clear call that everything must be done so that the rainforest stops burning”.

Amid a series of policy and trade disagreements, which she did not address explicitly, Mrs Merkel said that “talking to each other is always better than about each other – and the G7 is an excellent opportunity for that”.

Mrs Merkel also said that impeding a trade deal between the European Union and South American trade bloc Mercosur will not help reduce the destruction of rainforest in Brazil.

On Friday, Mr Macron threatened to block the recently agreed trade deal with Mercosur, which also includes Argentina, Paraguay and Uruguay. Ireland joined in the threat.

Mrs Merkel has made clear she shares Mr Macron’s concern about the fires.

But her government said in response to a query about the deal that its trade section “includes an ambitious sustainability chapter with binding rules on climate protection”, in which both sides committed to implementing the Paris climate accord.

It added: “The non-conclusion (of the deal) is therefore from our point of view not the appropriate response to what is currently happening in Brazil.”

Mrs Merkel spoke as world leaders converge on the French town for the G7 summit.

The event has emptied out the town famed for its beach on the last week of the summer break.

Mr Macron has has downplayed any expectations of a unified front from the leaders of the G7 democracies.

US president Donald Trump arrives later in the day. At last year’s meeting, Mr Trump left early and repudiated the joint statement from Air Force One.

At the top of the agenda are climate change – and especially the fires burning in the Amazon – and a global economy teetering on the edge of recession.

Japanese Prime Minister Shinzo Abe has arrived, amid escalating tensions between his country and South Korea.

The government in Seoul has cancelled a deal to share military intelligence, mainly on North Korea, following a trade dispute between the two countries.

Relations between Japan and South Korea, both allies of the US, are at their lowest point since they established diplomatic ties in 1965.

Hundreds of protesters are expected to march during the summit.

Protesters planned to cross into Spain from the French border village town of Hendaye. As the march began, they held cardboard signs aloft with pictures of Earth, protesting against climate policies they blame on the G7 countries.