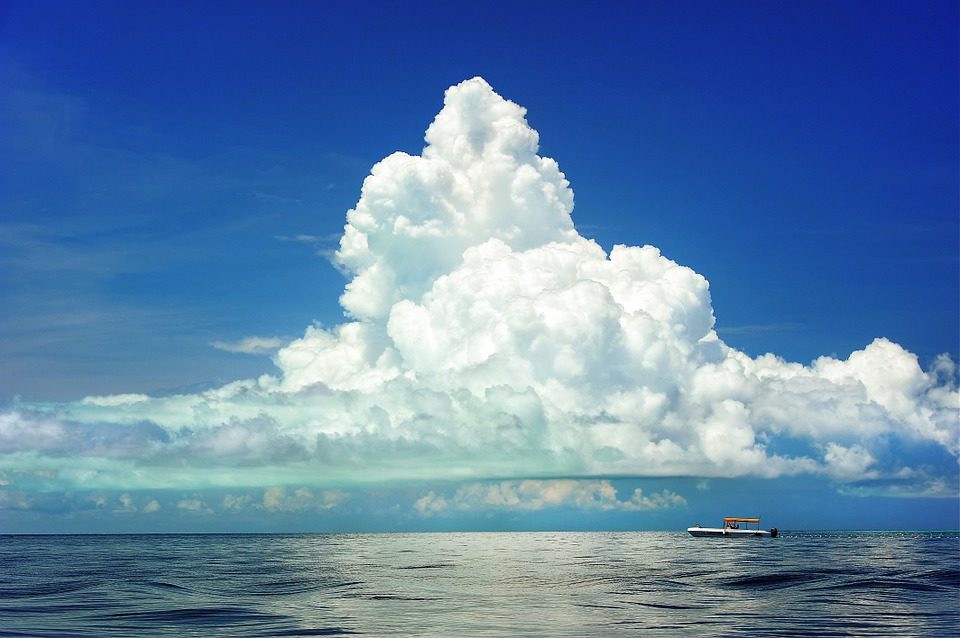 Maybe we can get through the climate crisis without a global catastrophe, although that door is closing fast. And maybe we can cope with the huge loss of jobs caused by the revolution in robotics and artificial intelligence (AI) without a social and political calamity.

But can we do both at the same time?

We should know how to deal with the AI revolution because we have been down this road before. It’s a bit different this time, of course, in the sense that the original industrial revolution in 1780-1850 created as many new jobs (in manufacturing) as it destroyed (in cottage industries and skilled trades).

The AI revolution, by contrast, is not producing nearly enough replacement jobs, but it is making us much wealthier. The value of manufactured goods doubled in the United States in the past 30 years even as the number of good industrial jobs fell by a third (eight million jobs gone). Maybe we could use that extra wealth to ease the transition to a job-scarce future.

The climate emergency is unlike any challenge we have faced before. Surmounting it would require an unprecedented level of global cooperation and very big changes in how people consume and behave, neither of which human beings have historically been good at.

These two crises are already interacting. The erosion of middle-class jobs and the stagnation (or worse) of real wage levels generates resentment and anger among the victims that is already creating populist, authoritarian regimes throughout the world. These regimes despise international cooperation and often deny climate change as well (Trump in the US, Bolsonaro in Brazil).

And there is a recession coming. Maybe not this year, although almost all the storm signals are flying: stock markets spooked, a rush into gold, nine major economies already in recession or on the verge of one, an ‘inverted yield curve’ on bonds, and trade wars spreading. Even Donald Trump is worried, which is why he postponed the harsher US trade tariffs against China that were due next month.

Economists have predicted nine of the past five recessions, as they say in the trade, so I’m not calling the turn on this one.  But a recession is overdue, and a lot of the damage done by the Great Recession of 2008 has still not been repaired. Interest rates are still very low, so the banks have little room to cut rates and soften the next one. When it arrives, it could be a doozy.

So what can we do about all this? The first thing is to recognise that we cannot plot a course that takes us from here and now through all the changes and past all the unpleasant surprises to ultimate safety, maybe 50 years from now.

We can plan how to get through the next five years, and we should be thinking hard about what will be needed later on. But we can’t steer a safe and steady course to the year 2070, any more than intelligent decision-makers in 1790 could have planned how to get through to 1840 without too much upheaval. They might have seen steam engines, but they would have had no idea what a railroad was.

We are in the same position as those people with regard to both AI and the global environmental emergency (which extends far beyond ‘climate change’, although that is at its heart). We know a good deal about both issues, but not enough to be confident about our choices – and besides, they may well mutate and head off in unforeseen directions as the crises deepen.

But there are two big things we can do right now. We need to stop the slide into populist and increasingly authoritarian governments (because we are not going to stop the spread of AI). And we have to win ourselves more time to get our greenhouse gas emissions under control (because we are certainly going to go through 450 parts per million of carbon dioxide equivalent, which would give us +2̊ C higher average global temperature).

The best bet for getting our politics back on track is a guaranteed minimum income high enough to keep everybody comfortable whether they are working or not. That is well within the reach of any developed country’s economy and has the added benefit of putting enough money into people’s pockets to save everybody’s business model.

And the best way to win more time on the climate front is to start geoengineering (direct intervention in the atmosphere to hold the global temperature down) as soon as we get anywhere near +2̊ C. To be ready then, we need to be doing open-air testing on a small scale now.

There will be howls of protest from the right about a guaranteed minimum income, and from the greener parts of the left about geo-engineering. However, both will probably be indispensable if we want to get through these huge changes without mass casualties or even civilisational collapse.

Conspiracy theories as a means to an end