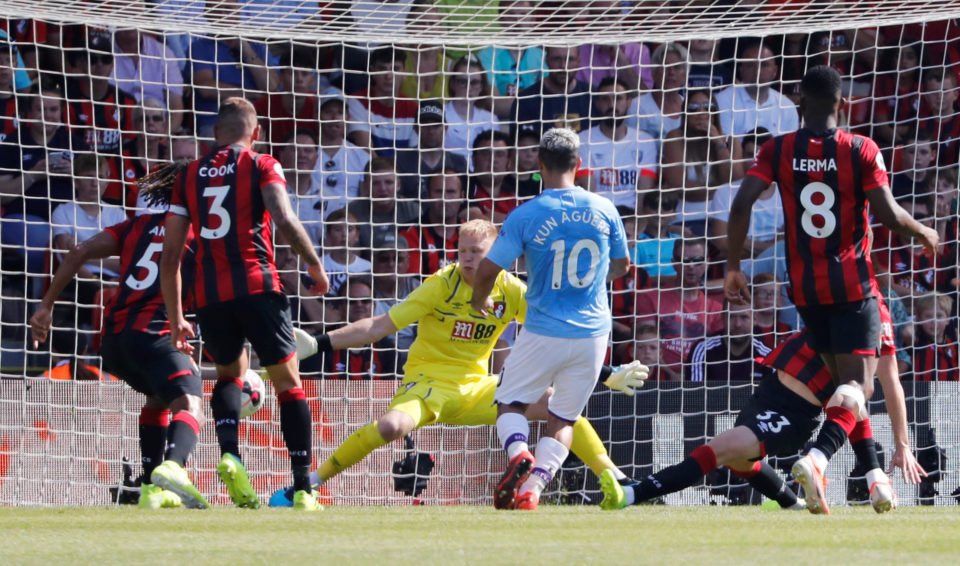 Tottenham Hotspur fell to a surprise 1-0 defeat at home to Newcastle United in the Premier League on Sunday with Brazilian Joelinton grabbing the winner.

Joelinton, the club’s record 40 million pound ($49 million)signing, finished off a 27th minute counter-attack, keeping his composure to beat Hugo Lloris after being put in by Christian Atsu.

The win was a much-needed one for Newcastle manager Steve Bruce who had lost his first two games after taking over from Rafa Benitez in the close-season.

It was a back-to-the walls effort from Newcastle for much of the game but Tottenham, who started with Christian Eriksen on the bench, struggled to turn their possession into clear chances.

The home side felt they should have had a penalty in the 78th minute when Newcastle defender Jamaal Lascelles lost his footing and fell into the path of Harry Kane who went down but neither the referee nor the VAR review felt the incident merited a penalty.

Spurs should have got on level terms minutes later though but Lucas Moura blasted over the bar after a low cross from the right by Moussa Sissoko.

Sergio Aguero struck twice as Manchester City moved into second place in the Premier League, two points behind leaders Liverpool, with a 3-1 win at Bournemouth on Sunday.

Just three weeks into the new season and last year’s top two clubs are already perched at the top of the table. While City‘s draw at home to Tottenham Hotspur last week has given the edge to Juergen Klopp’s side, City again look deadly in the final third.

City‘s all-time top scorer has now scored 400 goals for his clubs and country and the 31-year-old Aguero shows no signs of easing up.

Despite the sharpness in the box, City manager Pep Guardiola was not satisfied with the performance and credited Bournemouth’s tactics.

“We weren’t at our best, but knowing the conditions, the way they defend, they don’t press, they wait, sit back, wait for the counter attack, so there wasn’t rhythm but we solved it,” said the Spaniard.

Aguero, who has scored in all three games this season, gave City a 15th-minute lead, slotting home after left back Oleksandr Zinchenko’s low cross had been mis-hit by Kevin De Bruyne only to fall kindly for the Argentine.

Bournemouth suffered a blow in the 32nd minute when their wing-back Charlie Daniels was carried off on a stretcher after suffering what looked like a recurrence of the knee injury which sidelined him in March.

Adam Smith then missed a great chance to level for the Cherries, firing high over the bar from a good position after some poor defending from Nicolas Otamendi.

But Bournemouth got back into the game in magnificent fashion, just before the interval, thanks to an unstoppable curling free-kick from substitute Harry Wilson, on loan from Liverpool.

Wilson went close to a leveller after the interval but Ederson was out quickly to foil his effort and City then made sure of the win when Aguero poked home his second goal in the 63rd minute, following in for the scraps after David Silva had surged into the box.

“It was a tough game, we knew it would be,” said Guardiola, “We have seven points. We should have nine, but it’s OK.”

In the third Sunday match a penalty in added time gave Wolves a point against battling Burnley.