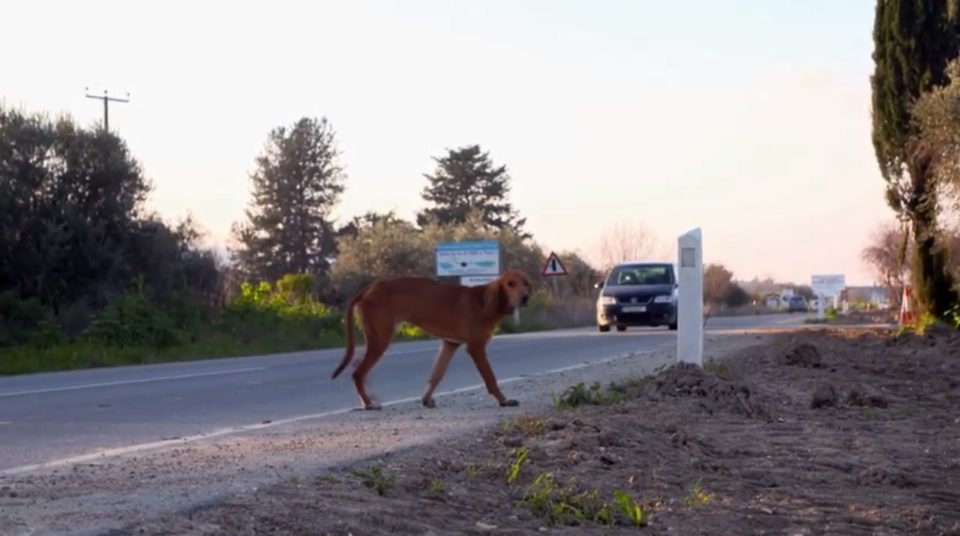 Two Paphos animal rescue shelters and a volunteer foster home feature in a new documentary put together by the Battersea Academy, part of the well-known Battersea Dogs and Cats Home in London, to help raise awareness of animal welfare issues.

The film which is around nine minutes long and available to watch on You Tube addresses the huge amount of stray cats and dogs in Cyprus, believed to be around 200,000. The UK, in particular, puppy farming, and strays in India also feature in the short film.

The aim is that the film will be shared online and via social media, according to Paws shelter manager Matthew Harris, who features in the film.

“We are hoping to raise awareness of animal welfare and would ask members of the public and supporters to share this film and we hope that the situation eases,” Harris told the Sunday Mail.

By sharing best practice and knowledge the Battersea global academy is helping animal welfare practitioners around the world build the skills they need. Harris has applied to undertake a shelter management course at the facility.

The film also highlights the sad fact that unless dogs are claimed or rehomed in 15 days from arriving at a municipal pound or shelter in Cyprus, the law states that they can be euthanised.

Harris said that pounds do their best not to do this and that although the law also applies to Paws, this is not something they practice.

He said that he has to turn away dogs every day, and many are dumped in a nearby lane or tied to the shelter gates in terrible conditions and in all weathers.

“We can take 150 dogs and we are pretty consistent at that number as when one goes to be rehomed another takes its place. I have to turn away many every day,” he said.

Harris said that if the shelter took in every stray dog, there would be thousands.

Although numbers haven’t risen much overall this year the number of puppies being dumped has increased. There also seem to be spates of different breeds, he said. At the moment Labrador crossbreeds are the most prevalent.

According to the film, considering the population size, Cyprus has one of the largest concentrations of strays in the world.

The shelter costs around €230,000 a year to operate and is funded by the Paws charity shop in Chlorakas and other fund-raising events.

The Tala monastery cat sanctuary also features in the short film along with manager and volunteer Dawn Foote. Along with a group of volunteers, she is looking after around 700 cats.

Foote knows each of the cats by name and according to the film, there are now more feral cats in Cyprus than there are people.

“The problem is out of control,” she said.

In February 2013, after a huge effort from volunteers, €10,000 was raised to install fencing and keep the cats safe from two major threats, traffic using the nearby road and packs of hunting dogs that saw the cats as an easy food source.

However, since the cat park was fenced in, hundreds of cats have been dumped or thrown over the high fence or left in boxes by the roadside. Custom-built enclosed sleeping areas for the cats and kittens have been added. Each costs €500 and can be sponsored.

Larnaca-based volunteer Andrea Siddons of Cyprus Dog Rescue also appears in the documentary and is one of around 100 people or so that take in stray dogs, fostering them until new homes can be found.

“Many of them are unwanted hunting dogs and I do my best to rehome them,” she said in the film.

Her house has a large piece of enclosed land for the dogs to run and play safely and she dedicates her time to helping as many dogs as possible. This includes fostering, vet and airport runs and collecting crates. The dogs live in her house as pets and the entire downstairs has been converted to accommodate them.

The Battersea Academy is a centre for professional development that trains animal welfare practitioners from across the UK and around the world.

To watch or share the film, the You Tube link: www.youtube.com/watch?time_continue=2&v=9ECjA-QqUW4