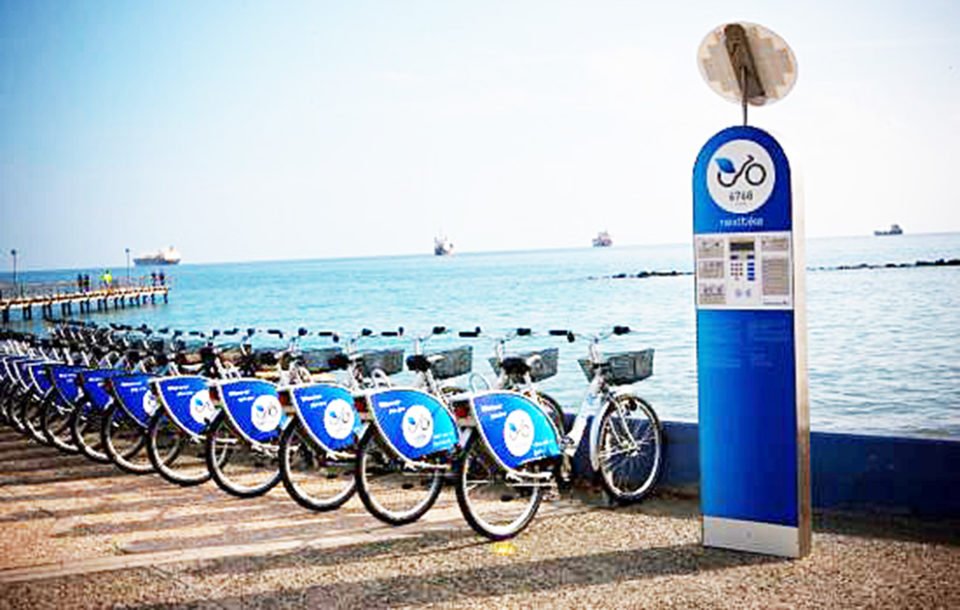 Years after a bike rental scheme in Nicosia failed a new company has brought the concept back to the capital’s streets. Annette Chrysostomou finds it a simple task to hire a bike

Four years after a bicycle rental scheme was abandoned in Nicosia, the bikes are back.

Nextbike, which runs a successful rental system in Limassol, is setting up the system right now, with 48 pick-up/drop off stations planned for the capital, a substantial increase over the latest scheme which had just 27.

Some are already ready to use, manager at Nextbike Christos Georgiou said.

“The launch will be soon, hopefully by the beginning of next week,” he said. “Our people are out there now, setting up the stations.”

To start with, the company will work with just 13 stations, but the number is not that important, as the bikes are smart bikes.

They can be easily located using an app and a terminal is not needed to return them.

“You can leave it anywhere you want, at your house, or at work,” Georgiou explained. One simply has to enter into the system whether the bicycle is meant to be ‘parked’ or ‘returned’.

The initial registration can be completed via an app, the website, the computer at a terminal and by calling customer service and a long list of complicated instructions which was needed in the past has been reduced to three simple steps. 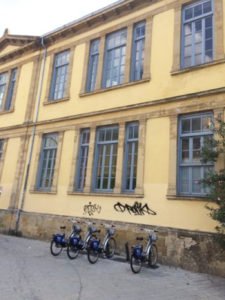 Once the free registration is completed, the customer will be charged €2 for the first 60 minutes, and €8 for 24 hours for the bike use. It is also possible to pay for a yearly contract and for businesses to pay a fee for an annual membership with the price varying according to the number of employees. According to the website, prices for those with longer contracts start from 33 cents a day.

The last attempt for such a scheme, at a cost of €800,000 which saw seven municipalities working together, was not a success. The bicycles were available from 2011 until 2015 when the stations were dismantled and the bikes removed.

The initial plan was to have bikes stationed at universities in the capital and to link them via cycle paths to the centre of town, under a government plan to promote cycling, which currently accounts for only two per cent of journeys in the capital.

There is a mindset on the island that needs to change too if the scheme is to take off, perhaps why it initially started at universities. Once a more affluent lifestyle enabled Cypriots to own cars, few looked back at the bicycle era with nostalgic affection. The deeply ingrained attitude of Cypriots is to associate cycling with something only the poor do.

“We need to educate children. Cycling is not just riding a bike but children have to communicate with drivers, how to show where to turn, where to be on the road, how to move and react. If this is done in schools parents will also become convinced that it is safe for their children to cycle,” vice president of the Cyprus Cycling Federation George Apostolou said on a previous occasion, adding that there is a general misconception about safety.

At the time the municipality terminated the contract with the maintenance company which had been in charge because the system was pricey and complicated.

After the removal of the bikes, it was announced that negotiations with Nextbike were underway, and it was expected the company would take over a few months later.

The municipality was not immediately available to comment on why it took so long to bring the bikes back to the town.

But bike safety on the roads is an issue that has been taken up by MPs with a string of regulations covering cyclists that had been pending for seven years now in force.

They all bicycles on any street, bike path or cyclist lane but not on highways except in cases of organised cyclist events which require a permit.

Regulations also forbid cycling under the influence of alcohol or drugs and tests to check the level of alcohol will be carried out.

Cyclists found guilty of violating offences such as the above will be liable for a €1,500 fine or up to a six-month prison sentence or both.