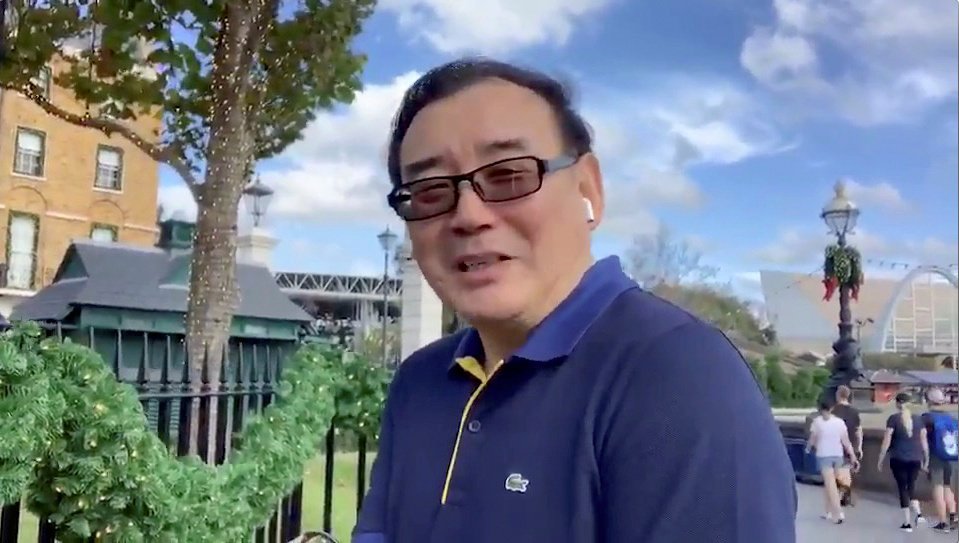 A Chinese-born Australian writer held in China since January has been formally arrested on suspicion of espionage, the Australian and Chinese governments said on Tuesday, amid growing diplomatic tension between Canberra and Beijing.

Yang Hengjun, a former Chinese diplomat turned online journalist and blogger, was detained in the southern city of Guangzhou while waiting for a transfer to Shanghai, after flying in from New York. He was later moved to the capital Beijing.

“Dr Yang has been held in Beijing in harsh conditions without charge for more than seven months,” Foreign Minister Marise Payne said in a statement, adding Yang was formally arrested on suspicion of spying last Friday.

Espionage is punishable by death in China.

The arrest of Yang, 53, whose legal name is Yang Jun, comes as Beijing struggles to contain anti-government protests in Hong Kong, the semi-autonomous Chinese city.

Speaking in Beijing, Chinese Foreign Ministry spokesman Geng Shuang confirmed Yang’s formal arrest on Friday on suspicion of espionage – and told Australia to back off.

“China is strongly dissatisfied with Australia‘s statement on this case. I would like to stress that China is a country with rule of law, and Australia should earnestly respect China’s judicial sovereignty, and not interfere in China’s handling of the case in accordance with the law in any way,” he said.

The case is being further processed and Yang is in good health with his rights fully guaranteed, Geng added.

Yang’s wife, who is an Australian permanent resident, has also been barred from leaving China.

Strong trade ties between the two sides could add to the diplomatic sensitivity of the case, as China is Australia‘s biggest export market.

China has not allowed Yang access to his lawyers or family since his detention, Payne said. However, Australian embassy officials have visited Yang seven times since January and were scheduled to meet him again on Tuesday, the government said.

Yang’s Australian lawyer, Robert Stary, said Yang faced one charge of espionage, which Yang intends to deny, but the basis of the charge was unknown.

“We don’t know for instance, whether it’s as a consequence of his writings as a democracy activist, or a blogger or an academic,” Stary told Reuters.

“He’d spent long periods in the U.S. So we don’t know whether it’s suggested he’s spying for Australia, or the U.S., or Taiwan or whoever it might be, if that’s the allegation.”

Stary said he wants the Australian government to press for Yang’s release if there is no other evidence against him other than the fact that he is a pro-democracy activist.

Stary has briefed a prominent Australian barrister, Julian McMahon, to represent Yang, hoping he will be able to work with Yang’s Beijing court-appointed lawyer.

Feng Chongyi, an academic at the University of Technology in Sydney, said the allegations against his friend were very serious.

“It is absolutely outrageous they can provide no evidence for these politically motivated charges,” Feng told Reuters.

Although Yang’s recent writing has mostly avoided Chinese politics, he became prominent in the early 2000s when he earned the nickname “democracy peddler”.

“China has been looking to clamp down on democracy efforts. This is a clear message against those efforts,” said Alex Joske, an analyst at the International Cyber Policy Centre, a think-tank.

Several Australians have faced jail time in China over the past decade, including the former head of global miner Rio Tinto’s China iron ore business, Australian citizen Stern Hu, who served eight years after a conviction in 2010 for corruption and stealing commercial secrets.

His arrest in 2008 came after tension flared between the world’s top user of iron ore and its biggest supplier,Australia.

More recently, 16 staff from Australia‘s Crown Resorts , including three Australians, were jailed for between nine and 10 months in 2017 and fined 8.62 million yuan ($1.2 million) for promoting gambling to lure Chinese high-rollers to its casinos.

Their jail time included the several months they were detained ahead of what was a swift trial, part of a wider crackdown on gambling in China.

Iran’s Rouhani rules out talks with US until sanctions lifted