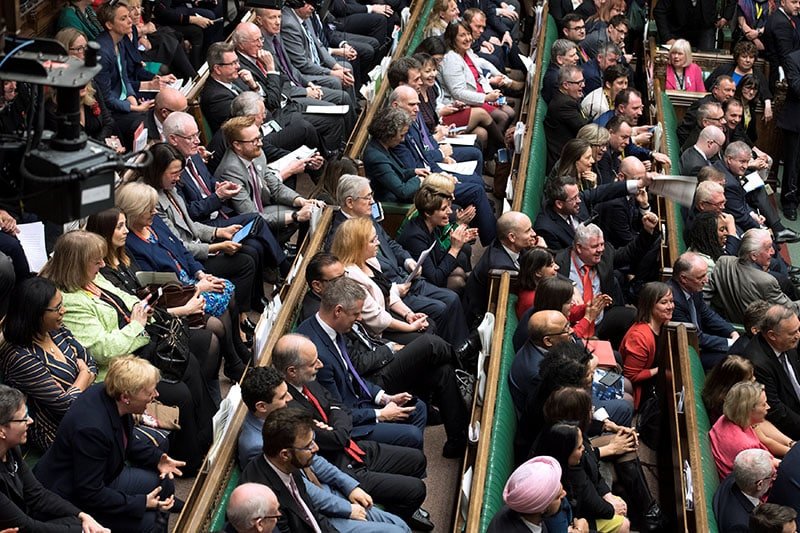 Opposition parties said they would try to pass a law which would force Prime Minister Boris Johnson to seek a delay to Britain’s departure from the European Union and prevent a potentially chaotic no-deal exit at the end of October.

The United Kingdom is heading towards a constitutional crisis at home and a showdown with the EU as Johnson has pledged to leave the bloc in 66 days without a deal unless Brussels agrees to renegotiate the Brexit divorce.

The sticking point is the backstop, an insurance policy to prevent the return of a hard border on the island of Ireland.

Johnson told European Commission President Jean-Claude Juncker on Tuesday there was no prospect of a deal unless the backstop was abolished.

Parliament returns from its summer break next week and is preparing for a battle with Johnson, who has promised to take Britain out of the European Union at the end of October with or without an exit agreement.

Labour Party leader Jeremy Corbyn hosted talks with opposition parties on Tuesday where they agreed that passing a law to force the government to seek a delay to Britain’s EU departure would probably have the most support.

“We are going to come together and do the right thing by our country,” said Anna Soubry, leader of The Independent Group for Change party. “We are up against a prime minister who has no mandate for this and I think he has no regard for parliament.”

The opposition parties are seeking to repeat what they did earlier this year when lawmakers seized control of the parliamentary agenda to pass a law forcing Johnson’s predecessor Theresa May to seek an extension to Britain’s EU membership.

They also managed to change legislation to require parliament to be sitting for several days in September and October, making it harder for Johnson to shut down parliament to pursue a no-deal, something he has not ruled out doing.

The pound hit its strongest since July 29 against the dollar and euro after the parties presented a united front on Tuesday.

Britain is on course for a no-deal exit on Oct. 31 unless parliament can stop it or a new deal is reached with the EU.

The British parliament has rejected three times the withdrawal deal agreed between the last government and the EU, deepening a three-year crisis that threatens Britain’s status as one of the world’s pre-eminent financial centres and a stable destination for foreign investors.

Johnson wants the backstop removed from the deal.

Juncker said he was willing to look at any concrete proposals on alternatives to the backstop, as long as they were compatible with the Withdrawal Agreement, according to a readout of the call from the European Commission.

Britain said it was working “at pace to find a wide range of flexible and creative solutions” for the border with Ireland after Brexit, but it said the border discussion should be separate to the withdrawal deal.

“We are ready to negotiate in good faith an alternative to the backstop with provisions to ensure the Irish border issues are dealt with where they should always have been: in the negotiations on the future agreement between the UK and EU,” a government spokeswoman said.

Johnson’s Brexit adviser David Frost is due in Brussels on Wednesday to discuss the backstop with the Commission.

EU officials say they are listening to Johnson’s arguments to replace one of the most hotly contested elements of the divorce agreement, something the bloc has previously said it will not agree to. A British official said it was felt there had been a softening in the EU’s rhetoric around the backstop.

“It’s good that there is a vibrant discussion, ideas are put forward but it’s up to the UK government to come up with concrete proposals that would be compatible with the Withdrawal Agreement,” European Commission spokeswoman Mina Andreeva said.

Juncker underlined to Johnson that the EU’s support for Ireland was steadfast and it was very attentive to the country’s interests.

Irish Foreign Minister Simon Coveney said Britain’s proposals did not yet come close to what was needed.

“I think we need to be honest here, that the alternative arrangements that have been discussed to date do not do the same job as the backstop, not even close,” Coveney said in Prague following a meeting with Czech Foreign Minister Tomas Petricek.

“So let’s not pretend that solutions exist when they might not.