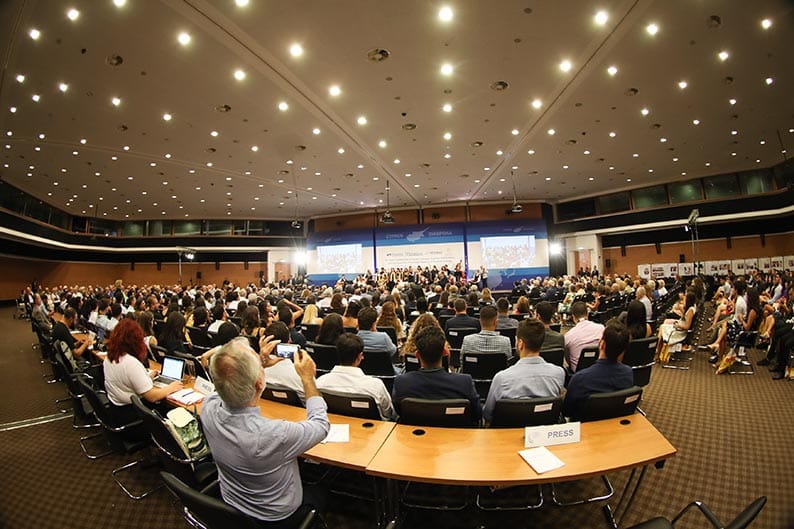 Developments in the Cyprus problem, foreign policy, Energy, the Islamification of the Turkish occupied areas of Cyprus, missing persons, investment, and research and innovation issues are on the agenda of the 20th World Conference of Overseas Cypriots that starts on Tuesday.

The conference will be opened by President Nicos Anastasiades at 7pm.

In the following days, delegates will be briefed, in closed sessions, by Foreign Minister Nicos Christodoulides, on foreign policy and on the latest news concerning the Cyprus problem, and also by Energy Minister Giorgos Lakkotrypis on the issue of hydrocarbons and energy policy.

Presidential Commissioner, Photis Photiou, and the Greek Cypriot member of the Committee on Missing Persons (CMP), Leonidas Pantelides will speak about issues relating to the missing persons.

A presentation of the Guide for Cyprus Diaspora and Repatriates and investment opportunities in Cyprus will take place as part of the Conference.

There will also be a discussion of the issue of Islamification and alteration of the population characteristics, and the religious and cultural disaster in the occupied areas of the Republic. The delegates will, also, be informed about the program “Adopt an athlete on the way to Tokyo 2020”.

The delegates will have the opportunity to participate in discussions with leaders and representatives of political parties and the Central Committee of Overseas Cypriots organizations will be received by President Anastasiades at the presidential palace.

In addition, during the four days of the Conference, a Youth Trilateral Conference with the participation of young people from Cyprus, Greece and Israel, will also be held at Filoxenia Conference Centre in the framework of the three countries’ cooperation between the diaspora communities.

The Chairman of the Jewish Agency for Israel, Isaac Herzog, the Armenian High Commissioner for Diaspora, Zareh John Sinanyan, the Minister for Romanians Abroad, Natalia Elena Intotero, and the State Secretary of Ministry of Foreign Affairs of Serbia, Nemanja Stevanovic, will be present at the 20th Conference.

The representatives of all overseas Cypriots organizations will perform a review of their work and adoption of resolutions will follow.

The deliberations end with a Press conference given by the Presidents of POMAK, PSEKA and NEPOMAK on Friday at 10.40am.

Ramsey withdraws from Wales squad ahead of Euro qualifier