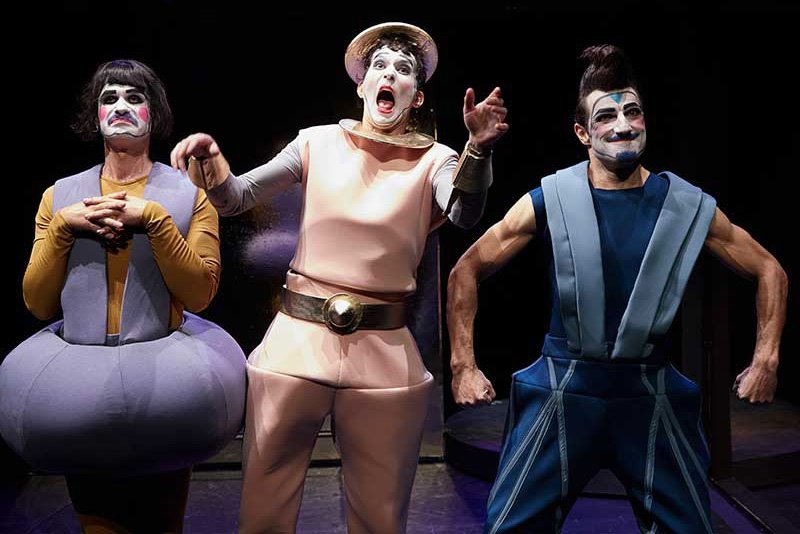 It’s almost September; the summer – if not its weather – is officially over, and there are no more flowers in our hair. We’ve partied in parks, made music in the mountains, chugged cocktails on the coast and generally lived a life of shameless, sandaled self-indulgence for the past three months. It is time to Get Back To Work. Well, almost. Because we’ve one last festival to contend with before the season’s truly done…

Fortunately, it’s an event which matches the more serious mood. As we shuck off the tenuous teenage dreams of summer (cut-off denims in an open-top car – what were we thinking?!) and return to the adult world, we’re given a festival that’s more appropriate – a quietly dignified series of performances. Taking in a thoughtful range of theatrical, musical, and dance pieces by well-known artists from around the globe, this is an event series 25 years in the making, a cultural masterpiece. Kypria.

Since 1993, the Kypria International Festival has been presenting “a variety of cultural events of the highest possible standard.” And this, the series’ quarter century, promises to surpass even past efforts with its ethos of “continually searching for new approaches aimed at the further improvement and upgrade of the festival with regards to both its conception and course, and the character of events hosted in the festival’s programme. Throughout its 25-year history, the festival has always aimed at presenting Cypriot and foreign artists and ensembles of international acclaim, putting on display high quality productions in various fields of the performing arts,” organisers (The Cultural Services of the Ministry of Education and Culture) explain. 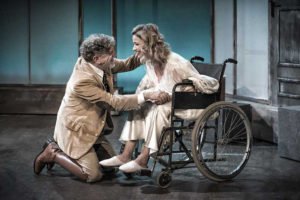 Past years have seen the six-week event hosting dance works from the Rhine Ballet, the National Ballet of Cuba, and the Batsheva Dance Company; globally celebrated music ensembles (including English National Symphony Orchestra, the European Union Baroque Orchestra, and the Orchestra of the Academy of St Martin in the Fields); and theatrical performances from the National Theatre of Greece, the Greek Art Theatre of KarolosKoun, and even John Malkovich himself, in Infernal Comedy: Confessions of a Serial Killer.

Suffice to say, Kypria presents a finely-tuned, sophisticated programme which, this year, will be running from September 1 to October 10 at a variety of locations across the island. Understandably, most of the performances will appear more than once (do check the full schedule of events – it’s online and, as befits the standard of Kypria, very thorough). That said, proceedings launch with a one-off: a “two-way celebration of art and the spectator” entitled Art Your Service, which promises to have quite an impact… 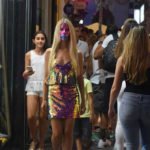 Taking place in the streets of the capital’s city centre on the first of the month, the event sets the tone for this year’s festivities; based on The Performance Shop project, it’s an effort to make live art an integral part of everyday life. Conceived and directed by well-known local talent Lia Haraki, this installation includes choreography, music, and a host of artworks exhibited “on the streets of old Nicosia, in old shop windows, in forgotten alleys and squares” – an artistic celebration that will pave the way for events to come.

In the first seven days alone, we’ve got songs from Greece, contemporary dance and multimedia performances from Iran and France, jazz with world-renowned performer and nine-time Grammy nominee Tierney Sutton, and puppetry set to music courtesy of artists from both Greece and Cyprus.

The rest of September is heavy on the theatrical productions, with several performances of Arthur Miller’s Broken Glass; the Pancyprian premier of Alfred de Musset’s Lorenzo of the Medici; a children’s play with “multiple and beautiful messages” from the Pocket Theatre; “an imaginative, original and entertaining theatrical performance” of Shakespeare’s A Comedy of Errors; and Niyar – A Paper Fairy Tale from Germany and Israel – billed as a “fragile and dreamy poetic representation for the whole family.”

The month’s exception to the theatrical rule is Vienna Pictures, which takes place on September 20 and 21. You’d be forgiven for thinking this is a documentary, a photography exhibition at the very least. But it is, in fact, a “musical feast of melodies” which includes “exquisite voices of the opera” bringing the Austrian city to life through “wonderful arias and the nostalgic rhythm of the Viennese waltz.”

By October, the premiers are cooling down a little, and the month brings us just three new performances. But, like the initial event, the trio encompass what Kypria is all about: artistic diversity done well. On the first, we have a play: a subversive yet fascinating performance drama from the famous Italian theatre director, playwright, artist and designer Romeo Castellucci. Billed as “a condensation of the iconic Julius Caesar performance”, the performance is aptly entitled Julius Caesar. Fragments.

The second event of the month takes us from boards to keys, as world-renowned Swiss pianist Andrei Gavrilov presents a recital of works by Mussorgsky and Liszt. And the final premier is a modern dance performance by Fotis Nikolaos “based on the masterpiece of Henry Ibsen” (Peer Gynt for those of us not up on the classics), which gives the basic themes of the play a contemporary twist with a look at how “the problem of separating people is facilitated through social networking sites and the quest for reunification with the source of ultimate reality.”

And that’s it. Both for Kypria and for festivals. We can’t promise there won’t be a couple more festivities over the next month, but they’ll be, for the most part, less frivolous and more cultural. As summer draws to a close, it’s definitely time to take the tent out of the camper van and the flowers out of our hair.

Kypria International Festival runs throughout September and October, with events taking place around the island. For more information visit http://kypria.org.cy Tickets are €12/€6 per event (concessions for students, soldiers, pensioners, and those with disabilities) available from ACS Couriers and www.tickethour.com