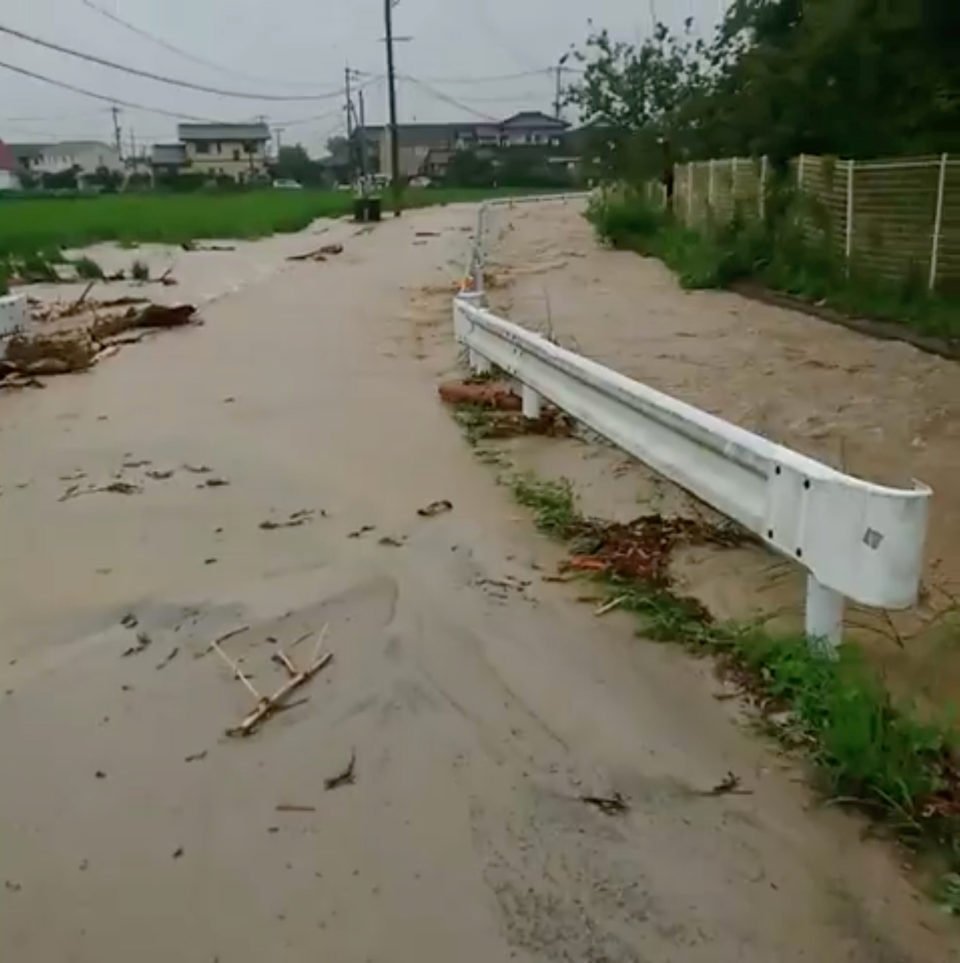 Floodwaters are seen after heavy rains in Saga city, Saga, Japan August 28, 2019, in this still image obtained from a social media video. INSTAGRAM @SYUHEI.U /via REUTERS

Torrential rains caused floods and landslides on the southern Japanese island of Kyushu on Wednesday, killing at least two people and prompting authorities to issue a rare emergency warning and evacuation orders for nearly 850,000 people.

One man was killed when his car was washed away in Saga prefecture, where some areas were hit by more than 100 mm (4 inches) of rainfall in an hour, public broadcaster NHK said.

Another man in Fukuoka prefecture died after being swept away as he got out of his car, media said. A woman in Saga was found without vital signs after her car fell into a waterway, NHK said.

The Ground Self Defense Force – Japan’s military – said it had deployed about 100 troops for disaster relief after a request from Saga prefecture.

Public transportation and businesses were affected.

Toyota Motor Corp said it would suspend work on Wednesday evening at a factory in Kyushu that builds Lexus cars.

Daihatsu Motor also said it would stop work at factories in the region.

Japan’s meteorological agency assigned the highest alert level of 5, issuing an emergency warning to residents in large parts of northern Kyushu as they experienced torrential rains only seen once in a few decades.