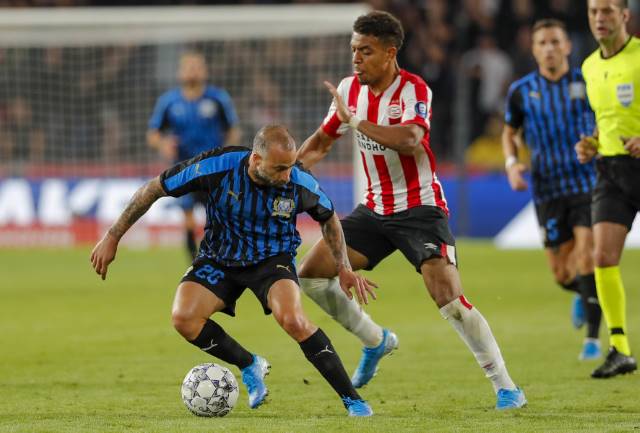 Apollon face a daunting challenge to secure a place in the group stages of the Europa League against PSV Enidhoven as they will need to overturn a 3-0 deficit sustained from the first leg at the Phillips Stadium.

The first leg scoreline flatters the Dutch team who were second best to the Limasool side, especially in the first (goalless) half, but paid the price for their defensive lapses.

Apollon’s coach Sofronis Avgousti has often been accused of not adjusting his attacking style of play according to the opponent and many believe that with a more reserved approach in Eindhoven he could have secured a much better result.

This time round though he has no option but to press PSV high up the field and attack from the very first whistle in an effort to secure the result that will send Apollon to the group stages of the Europa League for the fifth time in six years.

Apollon will be looking for a quick goal that will give them more confidence and at the same time affect adversely the PSV players.

Apollon will be without their Argentinian anchorman Esteban Sachetti yet again, a player who picks up cards with the ease that Lionel Messi scores goals. This will be the fourth game that he is suspended since the Europa League qualifiers begun 8 games ago.

Another Argentinian, Facundo Perreira, will also miss the game as he is nursing an injury.

Mark van Bommel, PSV’s coach, has injury problems of his own, with Steven Bergwijn, Michal Sadílek and Bruma staying behind in Holland while youngsters Noni Madueke, Justin de Haas and Amar Catic have been drafted into the squad.

The game kicks off at 8.00pm at the GSP stadium in Nicosia and will be officiated by Scottish referee Willie Collum.