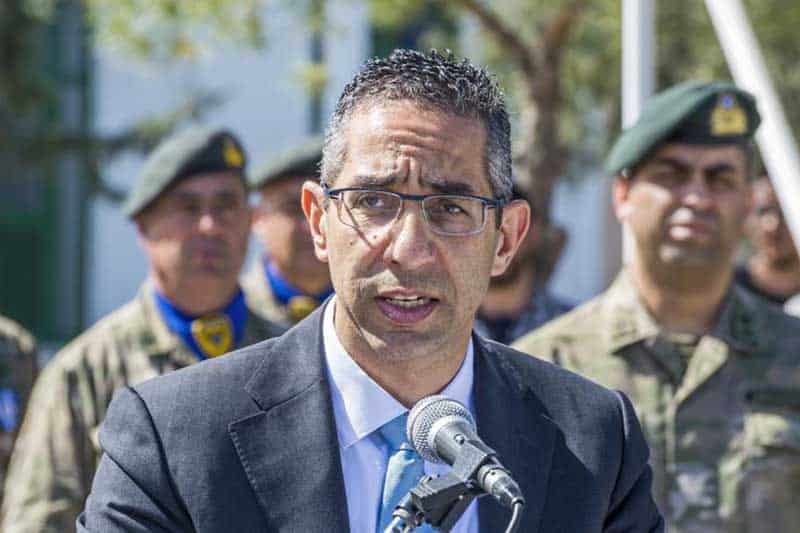 EU defence ministers on Thursday discussed ways to coordinate the deployment of naval forces in “areas of interest” during an informal meeting in Helsinki, Defence Minister Savvas Angelides said, supporting the idea of including the Eastern Mediterranean due to energy programmes and Turkish activities in the island’s exclusive economic zone.

Speaking to CNA, Angelides said the discussion to coordinate EU naval forces was at an early stage and aimed at promoting security and stability in certain regions of the Union. Preparatory discussions are already underway at the Council’s working groups.

In his intervention, Angelides asked his counterparts to agree to specific criteria in order to designate “areas of interests” where the presence of EU navy would be justified.

He said that he argued in favour of including the Eastern Mediterranean, by making reference to Cyprus’ exclusive economic zone and the ongoing development of hydrocarbon resources.

Resources in the Eastern Mediterranean would provide an alternative energy source for the EU, thus the matter was of immediate concern for the Union. He also briefed his counterparts on Ankara’s illegal activities in the region.

On the sidelines of the meeting, Angelides together with his counterparts from France, Florence Parly, and Belgium, Didier Reynders, signed a Letter of Intent concerning the development of BLOS (Beyond Line of Sight Land Battlefield Missile System).

Angelides said the signing of the Letter of Intent aimed at further developing this system, in the framework of Pesco, the EU’s defence programme.

According to Pesco website, the project aims at developing an EU new generation medium range BLOS Land Battlefield missile systems family. The output is intended to be integrated on an extensive variety of platforms (ground-to-ground and air-to-ground) and to provide integrated and autonomous target designation capability. The project includes joint training and formation aspects, while a dedicated “users’ club” is envisioned, to develop a common European doctrine on BLOS firing.

DOJ declines to prosecute Comey despite finding that he leaked info