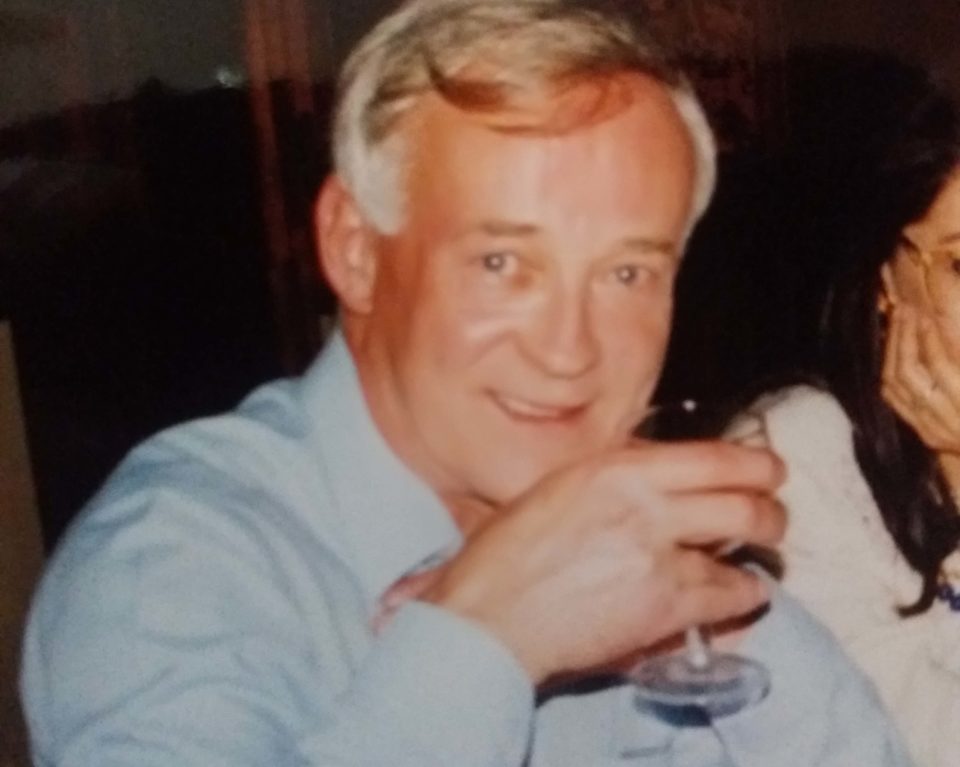 Like many other leading journalists at the time Chris Drake, who died in Limassol on Wednesday aged 76, left school at 16, determined to become a journalist by learning on the job. He started at a local newspaper in his native Devon before moving on to the Daily Mirror and regarded the experience he gained at both as invaluable. The Drake name was already well-known in Fleet Street, thanks to his father, a much-liked journalist who was something of an institution at the Daily Express.

Young, good-looking and well-paid, Chris was soon the proud owner of a racing green E-type Jaguar and enjoyed cutting a dash about London in the 1960s. He was popular – and funny. His first line to any waiter was “What do you recommend – apart from the restaurant up the road?”

Within a couple of years he was snapped up the BBC where he soon became a rising star thanks to his sharp-mind, rich, clear voice and unerring instinct for a good story. It helped that he had charm and the common touch.

And it helped, given the BBC’s commitment to impartial reporting, that he was wholly apolitical. In the 30 years I knew Chris, I had no idea where his political sympathies, if any, lay. He seemed to judge politicians of any hue solely on whether they seemed to make good sense or no sense.

Chris reported from Northern Ireland in the early years of the Troubles and later enjoyed a spell as a roving correspondent in the US, hiring a swanky convertible on the BBC’s dollar so that he could tour in comfort and style. Here he became good friends with John Humphreys, the veteran Today presenter.

It was in Lebanon, however, that Chris really made his name. He was there at the outbreak of the civil war in 1975 and helped more than anyone to publicise the plight of the Lebanese for British listeners. A microphone on the roof caught the horrific sounds of war.

His base was next to the Commodore Hotel, and it was to Chris that other reporters flying in to cover the war came for a briefing and advice. He was invariably generous with his time, even to rivals, and never patronised younger or inexperienced colleagues.

He kept a pet parrot called Coco at the Commodore which terrified newcomers with its unnervingly realistic imitation of incoming shellfire. Coco was eventually silenced by militiamen who kidnapped the bird from the Commodore and ignored Chris’s offer of a $500 reward for its return.

Unlike some successful journalists Chris was admirably and remarkably modest. He enjoyed telling a good story but never put himself at the centre of it and never named dropped. It was only when Muhammad Ali died two years ago and I raised the subject that I discovered Chris had interviewed him several times in the 1970s. By that time I’d known Chris for three decades. I learned that on one occasion that Ali, after taking a battering in the ring, invited Chris to his dressing room for an hour of banter and an exclusive interview, clearly enjoying his company.

Nor did Chris ever mention his OBE or that he was at the time the youngest journalist to receive the honour. It was through another colleague, rather than from Chris himself, that I learned he had received the award for his bravery while covering the civil war in Lebanon.

His bravery was not always just in pursuit of a story. Chris once risked his life by driving across west Beirut to rescue the terrified wife and young child of Gerald Butt, a BBC friend and colleague, whose flat was at the centre of a sudden and ferocious eruption of militia fighting. Gerald had been unable to leave the BBC studio at the Commodore where he had been tasked with reporting around the clock on the battles. After collecting Gerald’s loved ones from their apartment, Chris drove them back through the street battles to the Commodore and they were later airlifted by the RAF to the safety of Cyprus.

Chris would visit Cyprus for short breaks but re-based on the island when the scourge of kidnapping caused an exodus of western journalists from Lebanon by the mid-1980s. In Nicosia, he established MEMO (Middle East Media Operations), renting out office space and services to the major news outlets now covering the Middle East from Cyprus, among them ITN, ABC (Australia) and the BBC, for which he continued to report.

He wined and dined most evenings with friends at the Romantica, an Italian restaurant near MEMO. As in London, he cut a dash, driving a white top-of-the-range Mercedes sports car and keeping a yacht in Limassol where he later chose to retire. It was entirely typical that at the marina he enjoyed the company of those working there as much, if not more so, than that of fellow yacht owners.