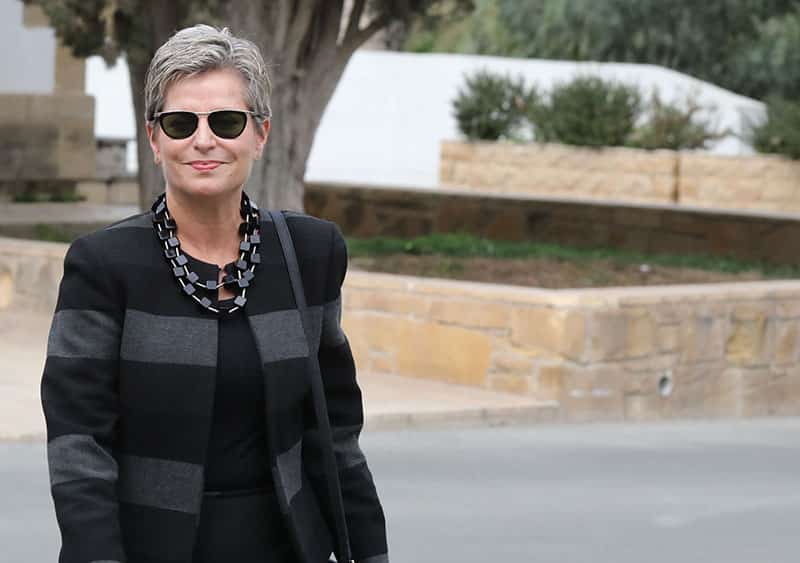 The unity of the people and its political leadership is a prerequisite to attain our goals for a Cyprus settlement, Transport Minister Vasiliki Anastasiadou said on Wednesday, reiterating the resolve of the President of Cyprus to resume talks.

“It is time for all to emerge united, together with the President of the Republic, for a real agreement for the solution of the Cyprus issue, which will terminate the occupation and will reunite our country, while safeguarding the state’s security and viability, as well as all human rights and fundamental liberties,” the minister said, addressing an anti-occupation rally in Nicosia.

She added that the solution needs to be able to secure the approval of the citizens and open the prospects for a new era.

The Minister noted, however, that the task is not easy and pointed to Turkey’s “unacceptably provocative” behaviour, which violates UN resolutions and disregards EU and Security Council calls to adopt a more co-operative stance.

Anastasiadou also referred to Turkey’s provocations in the territorial waters and the exclusive economic zone of Cyprus, adding that Ankara is undermining the efforts to create the appropriate conditions for the resumption of settlement talks.

She said, however, that the President of Cyprus is ready to enter into serious and substantial negotiations, having as a guide the six parameters set by the UN Secretary-General during the 2017 Conference on Cyprus, in Crans Montana, UN resolutions and EU principles and values.

In May the Turkish drill ship Fatih was sent to Cyprus and remains anchored west of the Akamas peninsula in an area that falls within Cyprus’ EEZ. A second Turkish drill ship, the Yavuz, arrived off the island’s north-eastern coast in July.