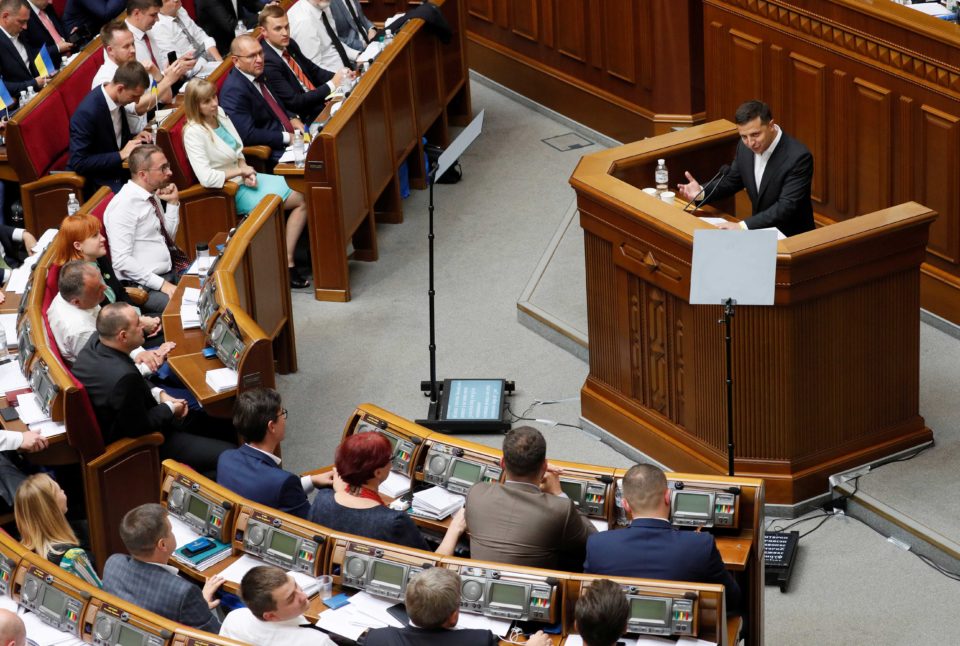 On this very day back in 1991 the Verkhovna Rada of Ukraine (Parliament) of the Ukrainian Soviet Socialist Republic (at that time) adopted the Declaration of Independence of Ukraine and the modern Ukrainian state was born.

Today Ukraine is going through difficult times. More than five years ago, the military aggression by Russia started, which led to the illegal annexation of The Crimea and the armed intervention in the Donbass region (Luhansk and Donetsk regions).

Russia continues its military actions to this day, using heavy military equipment, causing death and destruction on a daily basis.

More than 13,000 people have been killed as result of this aggression. Ukraine has lost its sons and daughters, who sacrificed their lives for the right to be free. Russia’s attacks caused huge damage to the infrastructure of the Donbas region Several cities in the East of Ukraine are in ruins and there many property expropriations in the temporarily occupied territories.

The world is witness to the systematic human rights’ violations, political persecution and intimidations of Ukrainian citizens and the torture of political prisoners by the occupying power. And these are not the only methods of Russia’s ongoing hybrid warfare that completely disregards international law.

Despite attempts by Russia to destabilise the political situation in Ukraine through Kremlin-instigated scheming aimed at influencing political decisions, Ukraine has not abandoned its path to a European future.

With their resounding rejection of a return to the Soviet past, while also demonstrating their unwavering commitment to freedom, democracy and the rule of law, in close collaboration with the European partners, Ukrainians held fair transparent presidential and parliamentary elections in 2019.

The younger generation of Ukrainians in particular, demands concrete changes and speedy modernisation of society. A significant proportion of Ukrainians who supported the President and his political party (73 per cent of voters in the presidential elections and 42 per cent in the parliamentary elections) voted in favour of change. This was not only an indication of public confidence in the authorities, it was also an indication of the Ukrainians’ belief in change that would bring a better future.

Accession to the European Union and membership of NATO remain a priorities for the Ukraine which has faced major difficulties in pursuing these objectives.

In the past three years, Ukraine has achieved financial stability and a sustainable GDP growth of 2 to 3%. In 2019, Ukraine climbed to 71st place in the ‘Doing Business’ ranking. However, society’s demands are much greater. In the first half of 2019, Ukraine ranked 5th among European countries (after France, Sweden, Germany and Italy) in the production energy via wind farms. High priority is being given to the digital economy and the expansion of e-government.

The new Ukraine government will continue on the path of democratic reform that will broaden prosperity and improve investment climate by ensuring stability for foreign business in Ukraine.

According to the Head of State, over the coming five years, Ukraine will drastically change and the national economy will grow by 5-7 per cent per year. At least $20 billion of investments in infrastructure is planned – this would fund the repair of 24,000 km of roads, the increase the number of operating airports, development of five seaports and boost military capacity. One of the major reforms planned at the end of this year would be the introduction of the land market. It will help to create a market for 40 million hectares of land, which is among the highest quality in the world. The reforms will also boost the tourism industry of the Black Sea, which will be developed, though the issuing of casino licences to 5-star hotels.

Tackling the old problems facing the country such as smuggling, corruption and post-Soviet restrictions are the main tasks of the President’s team.

Today, Ukrainian President Volodymyr Zelenskyy, who has been in office for 100 days, has managed to win the confidence and trust of the public in his programme. The first 100 days have been marked by stability and the changes will follow.

For now, President Zelenskyy has undertaken a working initiative for the summit in the Norman format, and has met with key foreign partners supporting Ukraine during the Russian aggression.

Nevertheless, the changes have begun to show themselves from August 29, when the first meeting of the Verkhovna Rada in its new composition took place. We can now look forward to the implementation of the new President’s policy plans that are the key to a prosperous future for the Ukraine. 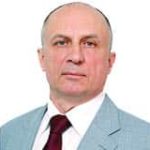 Woman dies after being hit by a car in Limassol

Our View: Let Mokas do its job before questioning its integrity