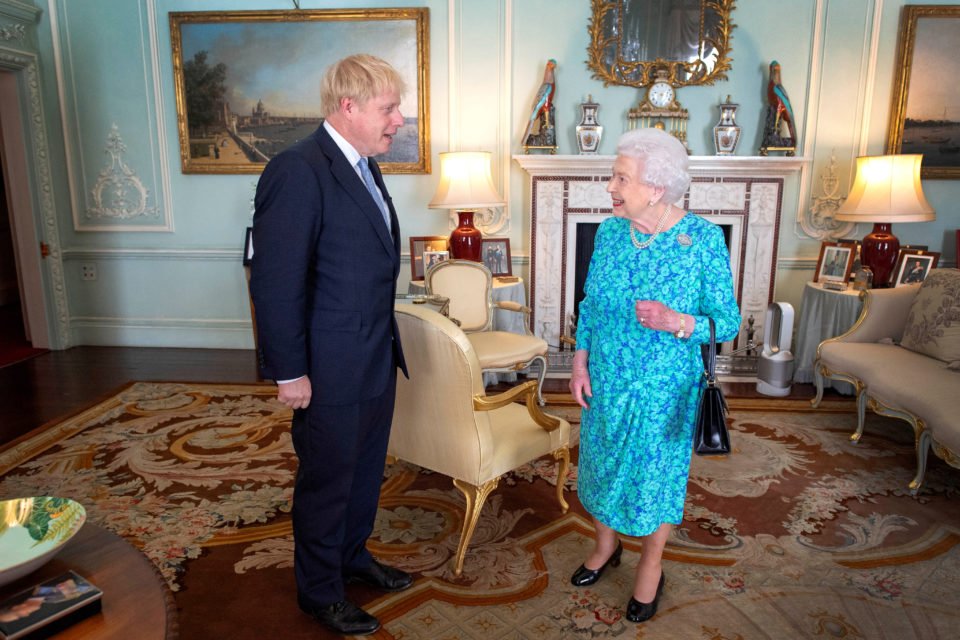 Queen Elizabeth likes to spend late summer at Balmoral Castle in Scotland away from the madding crowd. But like a good doctor she is always on call to attend to the constitutional needs of her kingdom despite being a nonagenarian.

Last week she was visited by members of Her Privy Council with an order in council for her approval. It was an order to suspend parliament from September 10 to October 14 – a longer period than usual that only she could give her assent in the exercise of the royal prerogative.

This was not strictly an audience but a formal meeting – apparently done standing up to ensure speedy dispatch.

She approved and they departed; all hell had already broken loose earlier in the day when news broke of the government’s audacious move. Attempts to approach the monarch by opposition leaders to dissuade her from approving the prime minister’s advice came to naught as they were obviously unconstitutional. Under the conventions of the British constitution the monarch must follow the advice of her prime minister except when no party wins an overall majority that can command the confidence of parliament.

The queen has the right to be consulted and the right to advise and to warn. She has vast experience to draw on, but we shall never know how and when she was consulted by Boris Johnson and what reason he gave for a longer suspension, or what if any advice she gave him about the wisdom of such a long suspension, or whether she warned him about the likely political fallout. It would be surprising if she did not express concerns she must be having about the unity of her kingdom.

What is interesting is the timeline because it looks as though the queen was asked to suspend parliament before the opposition parties got their act together last Tuesday to take over government time in parliament and legislate against a no-deal Brexit.

If a coup d’etat means taking over the executive, then the agreement of the opposition parties to take over government time to legislate contrary to the wishes of the lawful government of the UK was an agreement to mount a limited coup.

So I do not buy the argument that the government was not entitled to thwart the opposition’s ability to take over the legislative agenda. It did so by juggling the length of the usual suspension before the opening of a new parliament and the three weeks political parties have for their conferences in such a way so as to ensure it keeps its promise to leave the EU by the end of October without shutting out parliamentary scrutiny completely.

It is possible that Boris Johnson told the queen in one of the audiences he has as prime minister that he needed extra time to prepare the government’s legislative programme for the state opening of parliament. Naturally he could not divulge tactical considerations like the fact that an extended suspension also had the oblique purpose to frustrate opposition moves to block a no-deal Brexit.

This explains his incredible insistence that the extended suspension was only to prepare the government’s legislative programme as he would then be conceding that he misled Her Majesty.  But everyone knows it was done to limit parliamentary time available to the opposition to block a no-deal Brexit, and he is being disingenuous in insisting it was not part of his intention.

The question is whether the advice Boris Johnson gave the queen was unconstitutional. The fact that the British constitution is not contained in one document does not mean that there is no constitution. Ministers including the prime minister must exercise their powers fairly, rationally and in good faith for the purpose for which they were conferred without exceeding the limits of those powers. That said the power to recommend suspension of parliament is a prerogative power and, although that does not mean it is not subject to judicial review, the court’s jurisdiction is more circumscribed when reviewing the exercise of prerogative power.

If in the end the supreme court decides the prime minister acted unlawfully in the advice he gave Her Majesty, he would have to advise her in accordance with the law and she would have to follow any new advice and annul the suspension. That said, my feeling is that the judges will not touch this exercise of prerogative power with a barge pole.

To appreciate the difficulty, it helps to consider a comparable question that is justiciable. Suppose Boris Johnson lost a vote of no confidence on his policy of exiting the EU without a deal and was forced to seek a dissolution of parliament from Her Majesty but timed in such a way to enable him to carry out the policy without parliament’s approval. That would be demonstrably a justiciable question since a court of law could easily interpret the statute giving the prime minister the power to time a general election in light of its purpose. If it holds that its purpose was not to enable a prime minister to carry out a policy for which he lost the support of parliament, but to compel him to dissolve parliament and hold a general election, the court would have jurisdiction to cancel the date recommended by prime minister to the Her Majesty.

By contrast the suspension of parliament for an extended period that leaves some room for parliamentary accountability is not justiciable because the judges would be assessing a political judgement.

What is welcome from a constitutional point of view, however, is that there are challenges of the decision to suspend parliament from Scotland, Northern Ireland and England, and they will all end up in the supreme court and will be heard by judges from the whole UK who will clarify the constitution like never before. As a Chinese proverb says: every crisis is an opportunity and in years to come when Brexit fades people will say the Brexit saga was the British constitution’s most interesting time.

Fire at Dromolaxia farm causes €3,000 worth of damage