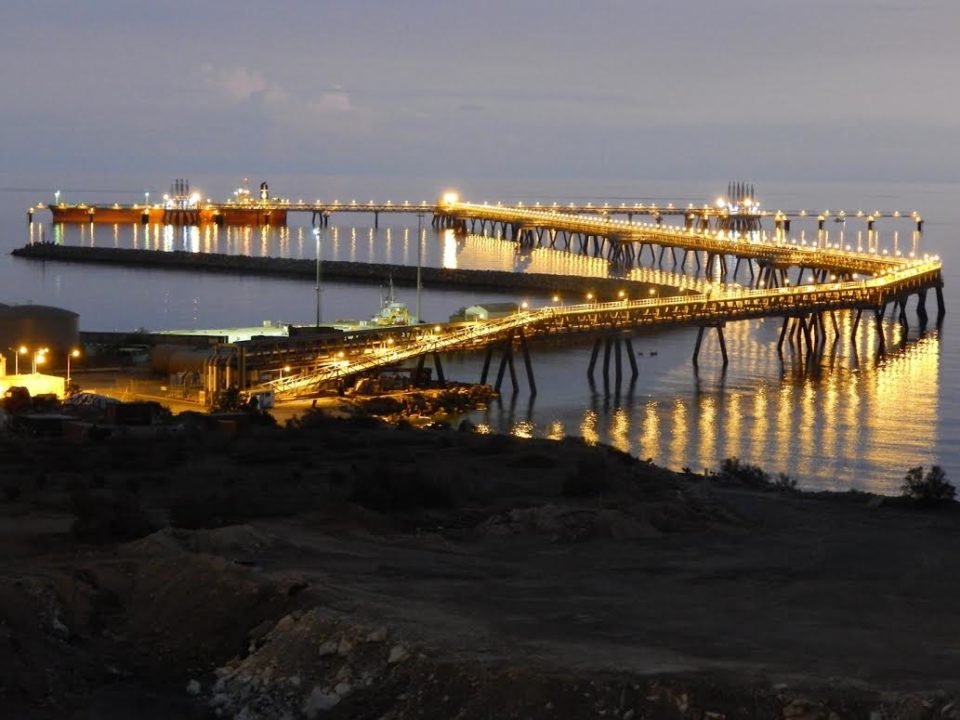 Gas alone will not reduce carbon emissions to the levels required by the EU. This would require a substantial increase in the share of renewables and biofuels in Cyprus energy mix

DEFA announced on 23 August its decision to award the tender for the construction of an LNG import terminal at Vasilikos. This will comprise a floating storage regasification unit (FSRU), a jetty for the mooring of the FSRU, pipelines, port and other facilities.

Announcing its decision DEFA said “we believe that the future of the country is aligned with natural gas and we expect it to play a major role in the economic development of the country in years to come.

“The establishment of the natural gas market will boost the development of the whole energy and industry sectors of the Republic.”

Indeed, natural gas can help bring carbon emissions down. In order to produce the same energy output gas emits about 27 per cent less carbon dioxide in comparison to diesel oil. As a result, replacing diesel by gas in power generation will be helpful, at least initially. I say initially, because the EU’s target is to reduce emissions by 40 per cent by 2030 in comparison to 1990 levels.

The challenge for Cyprus is that so far it has been promising small reductions to its CO2 emissions in comparison to 2005, when these were close to their peak – about 60 per cent higher in comparison to 1990 according to Eurostat data. By the end of 2017 Cyprus’ emissions were only marginally lower than in 2005.

In fact the incoming European Commission (EC) President, Ursula von der Layen, promised to increase EU’s 2030 CO2 reduction target to 50 per cent. In addition, the EC has already sent back Cyprus’ Energy Plan to 2030 for not being ambitious enough and requested it to be revised nearer EU targets.

With no other change, and with power generation being only 20 per cent of Cyprus’ total energy consumption, introduction of LNG will reduce carbon emissions only by 8 per cent in comparison to 2005 and close to 50 per cent higher than in 1990. A modest but useful reduction, but it will not get close to EU expectations for 2030. Cyprus will need to do a lot more to achieve that – by substantially increasing use of renewables and biofuels.

When asked about cost implications, DEFA said that state ownership of the project will allow the cost of importing and regasifying LNG to be kept sufficiently low to keep the cost of gas offered to EAC below $10/mmBTU (per about 1000 cubic feet) – the equivalent cost of oil at current prices.

DEFA was also asked how can Cyprus commit itself to expensive infrastructure when it does not yet know whether it can secure gas at an affordable price. The response was that that even if the ongoing process – in response to the request for expressions of interest for the long-term supply of LNG for 10-20 years – does not produce favourable prices, DEFA’s needs can be met in the short-term by the spot market, which with today’s prices can provide LNG at $3-$4/mmBTU.

Indeed, as a result of excessive supplies of LNG, spot gas prices in Europe are currently at a low, at about $4/mmbtu. However, in October 2018 they were about $10/mmbtu. But by 2022 – the time at which Cyprus will be ready to import LNG – demand is expected to exceed supply, with prices rising again. Available forecasts estimate the price of gas in Europe to average about $6.50/mmbtu in the ten-year period to 2030.

Given the small quantities required by Cyprus – initially about 0.5 million tonnes LNG per year – the spot price for LNG to be delivered to Cyprus is expected to be higher. Adding to this the recovery of the cost of constructing the facilities (allowing for the EU grant), operation and maintenance – and other related costs and costs incurred by EAC – is likely to bring the total cost above the $10/mmbtu level. Long-term supply contracts would cost even more.

What is amazing is that the decision to proceed with award of the construction contract appears to have been taken without first securing LNG at reasonable prices and without a commercial viability study based on expected, reliable, LNG costs.

DEFA expects to finalise award of the construction contract by mid-October, with the facilities becoming operational by the end of 2021.

But there may be complications. First, its decision to award the tender to the CPPE consortium, taken after a short evaluation period of six weeks, may be disputed by other bidders, which may cause delays.

It should be noted that the unsuccessful consortia are well known, experienced companies, in the global LNG industry. In contrast, CPPE, the leader of the winning consortium, has no real LNG experience.

There are also questions about members of the winning consortium. Aktor SA is the sister company of Helector, facing corruption charges related to HYTY Paphos. Aktor SA had accusations leveled against it for fraud related to projects in the Balkans. Both companies are fully-owned by Greece’s Ellaktor Group. These and other questions will hopefully be cleared during the period before final award, but could, nevertheless, cause months of delays.

Given the above, this is not certain. Gas could boost industry and benefit the economy if its introduction leads to substantial cost reductions in comparison to diesel. But this may not be the case. In fact it could be the opposite.

Import of gas by pipeline, either directly from Aphrodite or by accepting Energean’s offer to supply gas from its gas-fields in Israel, could do exactly that, with gas prices to EAC less than $7/mmbtu. Sadly these options have not been taken on.

Moreover, gas alone will not reduce carbon emissions to the levels required by the EU. This would require a substantial increase in the share of renewables and biofuels in Cyprus energy mix.

Without properly and transparently demonstrating the commercial viability of the project – based on reliable data – Cyprus runs the risk of being trapped into an expensive undertaking for at least the next ten years. Not only this may not boost industry, but may also become a long-term burden to Cyprus’ economy.