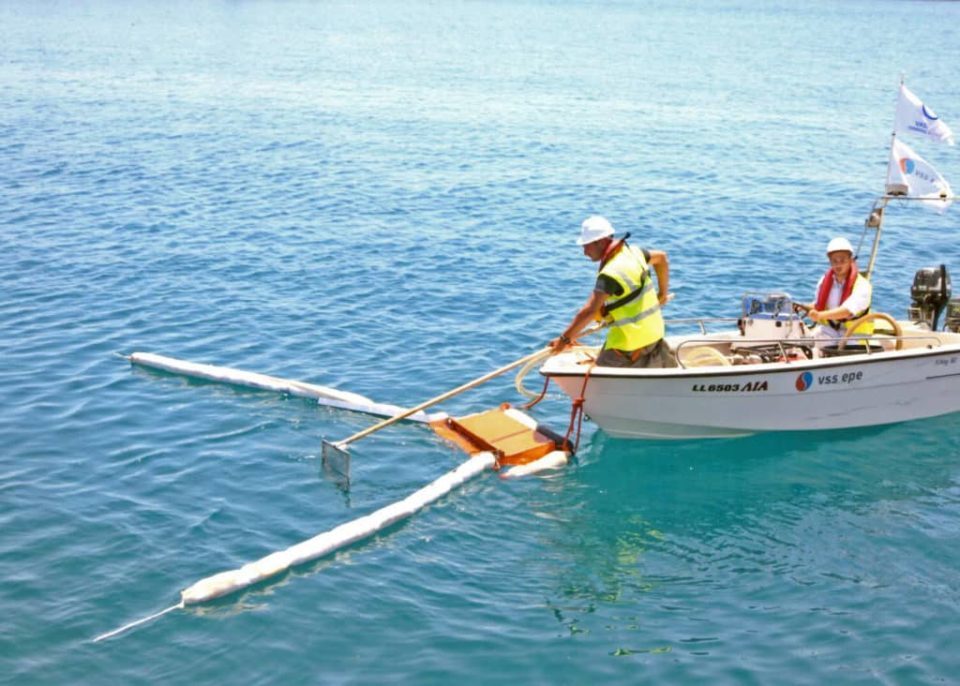 Cleaning the sea of waste (CNA)

Summer 2019 on Limassol’s beaches is progressing the same as many previous summers: in a fight over sea pollution between residents and the local authorities.

The residents say the sea is polluted. The officials say regular tests show it’s clean and the precious Blue Flag badge of honour proves it.

“Eight in 10 of the complaints I receive are unfounded,” head of the Limassol municipality sanitation department Demetris Theotis told the Sunday Mail.

“I don’t know if you think I’m beautifying the picture but that’s the truth.” Theotis maintains that several of the complaints – often through Facebook or local residents – turn out to be nothing when actually investigated.

“Most of the time, it’s cases where there’s foam in the sea… there is nothing that affects public health.” Lab tests carried out every 15 days regularly show there is nothing wrong with the water, he maintains.

For years, Limassol residents, particularly those active within the winter swimmers’ association, have been rallying against the government and local authorities, yet the response is unchanging: labs tests undertaken every 15 days show that the water is just fine. Limassol’s beaches continue to have their Blue Flag status, which are indications of high environmental and quality standards.

Green Party MP Charalambos Theopemptou is scathing of such claims. “You have to think in a more mafia-like way,” he jokes. “Ask them where they get the water from.”

Theopemptou, along with Erma Stylianides who heads the winter swimmers’ association, say that the water samples are taken very far out at sea – nowhere near the shore where human waste is disposed from ships or small boats and thus the water is cleaner.

They argue this ensures the lab results come back looking favourable. However Theotis says this cannot be possible as water is never in a fixed state. There are currents that direct water and therefore dangerous levels should be detected anywhere.

A report by the European Environment Agency in 2018 reported that 99.1 per cent of Cyprus’ coastal bathing water sites had excellent quality.

“There are beaches down in Limassol that are green with filth and you’ll see the Blue Flag waving next to it,” Theopemptou told the Sunday Mail.

Only a few weeks ago, Germasogia mayor Kyriakos Xidias slammed authorities for lack of action over ships dumping their waste overboard. He described how he had been in a boat in the tourist area of ​​Germasoyia, saw a yacht pass by, and shortly after he saw trash and faeces left in its wake.

It was found through an audit, that only one vessel was in the area at the time. Yet when the mayor reported the incident to the port, the relevant departments and the shipping ministry, he was told that a case could not be established without an eyewitness who saw the boat discharging the waste.

“There is a tremendous gap from the side of the government,” in terms of the action that must be taken, Theopemptou said.

Theotis concedes that coordination between government departments is a major problem. If there is a problem on the dry land at the shore then responsibility lies with the interior ministry. Oil spills and looking after fish farms falls under the wing of the fisheries department. Yachts fall under the commerce ministry, the deep waters under the deputy shipping ministry and the environment department on the quality of the swimming water.

“There are discussions on coordinating this better” between government departments he said. His own department tries to take on that role yet it doesn’t change the fact that the process could indeed be simplified.

A 24-hour hotline introduced last year where members of the public can call has been widely popular, Theotis added, saying people call to report pollution both on shore and in the water.

The department has staff starting at 5.30am cleaning up litter which often ranges from cans to cigarette butts and patrol the waters too until the afternoon with a small boat acquired to tackle the problem.

Yet with the growing popularity of social media, it is becoming all too common to witness pictures of foam in water, human waste floating in the waves and all kinds of litter over the surface and on the beaches.

Last year, members of the public were posting photographs of rashes appearing on their skin as a result of swimming in Limassol’s waters.

Theotis however argues that many photographs which circulate online depicting pollution are old and recycled, possibly for political purposes.

Limassol resident Christina Ioannou begs to differ. She told the Sunday Mail she had gone to the beach near the nautical club this summer and was absolutely revolted. “There was everything from rubbish, to condoms to sanitary pads. It might even be more hygienic to swim where the oil drillings are taking place.”

Stylianides said the fight for clean beaches has been going on for years. In early August, a ship bearing the Lebanese flag was fined €8,000 for discharging animal waste in the port anchorage off the coast of Limassol.

Construction at the tall buildings on the seafront also muddies the water, Stylianides said. During the days around August 15 which is a public holiday, the waters were so much clearer, she said.

Theotis confirmed that indeed, water which emerges where construction companies are digging is piped to the sea yet he repeats lab tests are all clear and the water is filtered before it enters the sea.

“They have permission from the environment department to do so at around 600m,” he said.

Stylianides’ concerns are not allayed. Along with Theopemptou, she argues it is negligence from the state that allows boats to dump sewage into the sea but there is inevitably a serious problem with mentality.

“We have been sending letters to authorities for cleaner water since 2004…we are tired of protesting.” The next step, Stylianides outlines, will be to report this to the EU commission, sending a slew of evidence to support their claim.

“People just dump their waste at the beach. There are cans, cigarette butts, everything you can imagine, fruit peelings. Because they can’t be bothered to throw it in a dustbin.

“As a society we do not follow rules because those that make them do not respect them.”

Will messy Gesy clean up its act?

Arsenal fight back against Spurs to draw London derby