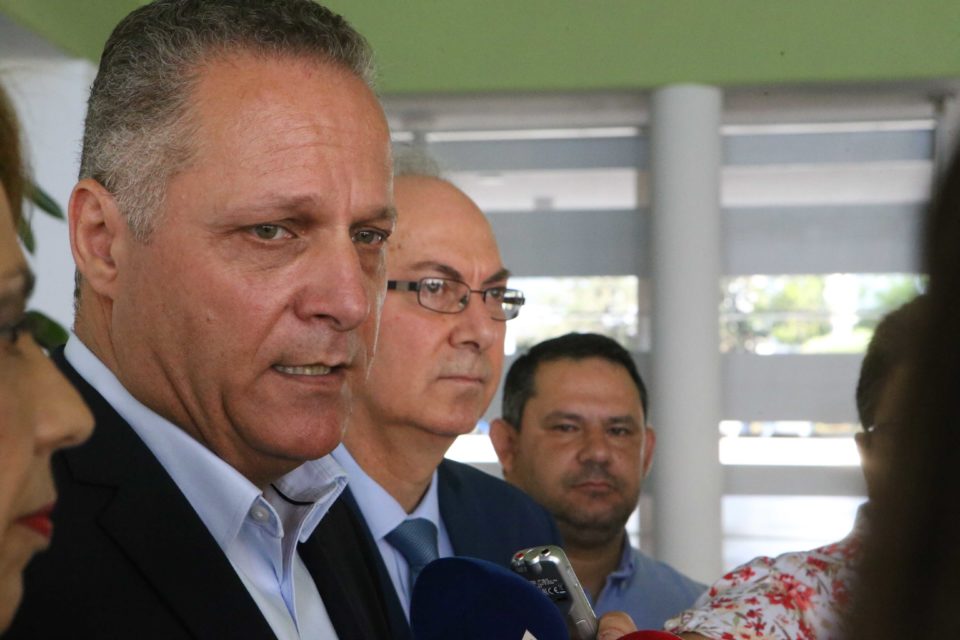 THE ATTACKS on Prez Nik by the indignant commies of Akel over the OCCRP report have been unrelenting. Every day for the last two weeks, some self-righteous comrade will find an excuse to lay into Nik on behalf of the party, over his law office’s involvement in the transfer of millions and for the alleged links of a client’s company with the Troika Laundromat.

The party mouthpiece is awash with comments about the subject, complaining that Nik had done nothing to protect Kyproulla’s reputation which was tarnished by the report and demanding the prez gave convincing answers. Such is the relentlessness of the attacks, it makes the prez appear like a victim of merciless communists and makes you almost feel a little sympathy for him.

The report was a Godsend to Akelites whose ineptitude as an opposition party in the last seven years is plain for all to see. Now they have been offered something they believe will hurt Nik and cause him lasting damage, so it is unlikely they will give up hitting him over the head with it any time soon. What’s more, social media has been flooded with scathing comments, so the commies know they are onto a good thing.

But are the commies eligible to take the moral high ground on such a matter? They elected as president the man who made Kyproulla world famous for money laundering in the 90s – Tassos Papadopoulos, whose law office even violated UN sanctions, moving billions of dollars out of Yugoslavia so that President Milosevic could buy arms.

They were not in the least bit bothered about Kyproulla’s reputation when they elected president a man responsible for illegally moving billions of bucks out of Yugoslavia. At least Nik was not accused of breaking any law.

HYPOCRISY is as rampant as moralising among our political class. A few days after the OCCRP report appeared government spokesman Prodromos Prodromou issued a statement informing us that it was the Akel government’s interior minister Neoklis Sylikiotis that had granted Cypriot citizenship to Alexander Abramov, the client of the Anastasiades law firm, and whose companies were linked to the laundromat, according to the contentious report.

The spokesman of a government that has made issuing of passports to mega-wealthy individuals a state policy and a major industry is in no position to pass judgement on its predecessor for which the granting of citizenships was done on a Micky Mouse scale by comparison, and probably only after the applicant made a generous contribution to the party of the proletariat.

Speaking of hypocrisy, I have to mention Akel’s attacks on Nik for his handling of the Cyprob, which is no different from that of Tassos. He is happy to surrender all occupied Cyprus to Turkey so as not to have to share power with the Turkish Cypriots.

PREZ NIK has been shaken so much by the OCCRP story that he is resorting to rather shabby methods. Haravghi reported on Friday that in a chat at the reception given for expat Cypriots at the presidential palace Nik said that the “story was instigated by people he accused of being discontented over their non-reappointment at the EU.”

There is only one person who was not reappointed at the EU by the president and that is Commissioner Christos Stylianides. Was he really suggesting that Stylianides would stoop so low in an act of vindictiveness? Probably not even Nik believes this, but he had to find someone with a motive to blame the crime on.

He was backing his spokesman’s conspiracy theory that claimed “Cypriot hands” were behind the report. This claim was tactically a communications error, because we Cypriots, having been brought on up on xenophobic tales of foreign conspiracies aimed at harming our Kyproulla, would be more inclined to rally behind our prez if we were told “foreign hands” were behind the report.

WHEN parents’ associations, teaching unions and schoolkids are given a say in all aspects of public education it is inevitable that we will get our priorities wrong. So the biggest problem facing public education at present, is not the constantly falling standards of students but whether there is enough security at our schools. This has been the priority of the stakeholders and education ministry.

On Friday education minister Costas Hambiaouris did a tour of Larnaca public schools to check if security fencing had been put up at all schools and said he was not satisfied. Fencing had not been placed at all schools. The minister has visited Larnaca five or six times since last year when the decision to make schools look like prisons was taken, following the abduction of two boys.

It makes you wonder whether the minister of education has nothing better to do. Could he not send some ministry clerk to check the fencing rather than waste his time going himself to check the progress? I will not even mention the stupidity of fencing all our schools because of one serious incident in 50 years.

ANOTHER problem surfaced regarding the security project during Hambiaouris’ Larnaca tour. There is nobody to answer the new intercom systems and buzz open the gates for visitors to schools. The secretarial staff of the schools, it was reported, could not be burdened with additional duties. In the public sector, pressing a button to let someone into the school grounds qualifies as a duty.

WHEN the outgoing president of the European Commission Jean Claude Juncker, brokered a proposed deal on the registering of halloumi as a PDO (Protected Designation of Origin) between the two sides, some four years ago, the hawks of our foreign ministry were outraged because this would lead to an upgrading of the pseudo-state.

The agreement, which was never implemented because the foreign ministry hawks subsequently filed a host of objections, had been dismissed as the halloumification of the Cyprob. In other words, the national problem had been reduced to a deal about the national cheese. But the truth is that halloumi went the way of the Cyprob – after years of bickering no agreement has been reached and it would be more accurate to talk about the Cyprobification of halloumi. Perhaps Stylianides is behind the Commission’s refusal to register the halloumi PDO.

THE HALLOUMI problem is not only experienced at the EU, but it has taken big dimensions in Kyproulla as well. Last Wednesday Prez Nik called a crisis meeting at the palace to tackle problems relating to its pending PDO at the EU and the loss of its trademark in the UK last year.

An even bigger problem for halloumi-makers is that the authorities were confiscating halloumi destined for export that did not comply with the ingredients’ specs for the cheese. Large amounts of money were being lost because of the authorities’ confiscation of ‘chilli halloumi’, ‘halloumi light’ ‘pepper halloumi,’ and ‘delact halloumi’. Cheesemakers were effectively demanding that the authorities turned a blind eye to the export of this bastardised halloumi, which could have been described as pseudo-halloumi if it had not been produced in an internationally recognised state.

Meanwhile another halloumi-related problem has appeared. White cheese that is like halloumi is being imported from abroad and served in restaurants as the real McCoy, or is put in packaging labelled halloumi and re-exported, complained local producers. Like the Cyprob, the halloumi problem, which is even more complex, seems destined never to be solved, and we will not even be able to blame Turkish intransigence for this failure.

Our View: Government confused and losing control ahead of envoy’s visit