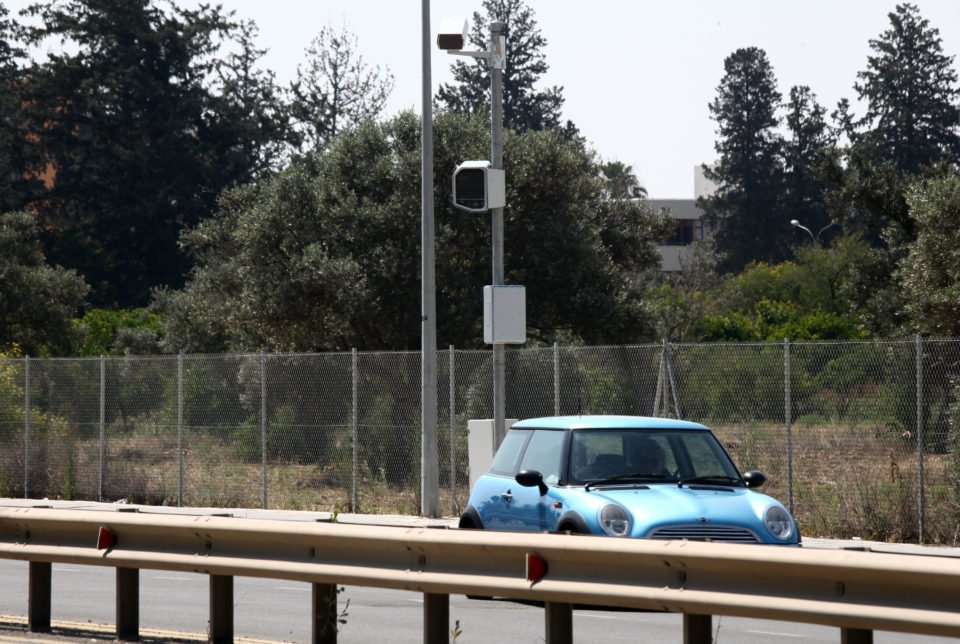 Cyprus’ only traffic cameras, operating on a small strip of Nicosia’s Grivas Digenis avenue, recorded over 87,500 traffic violations in five years, though only some 75,500 fines were issued.

Since June 2014 when the two cameras were first installed until May this year, they recorded a total of 87,534 speed violations. Of those, 75,569 fines were issued, with the remaining 11,965 violations being dismissed.

That some fines were dismissed was mostly because of protests by serial speeders who claimed that they had amassed numerous speeding violations without realising it because it took so long for the first fine to be issued. Around 5 per cent (4,139) of the dismissed fines involved vehicles of the UN, the Greek army contingent Eldyk, diplomats and the police.

Protests by drivers also led the road safety council to increase the speed limit on the specific strip from 50km/h to 65km/h some months after the cameras were installed, with the cameras clocking drivers driving over 70km/h.

In June 2014, their first month of operation, the cameras recorded 14,375 traffic violations. By August this had dropped to 10,359 violations while September saw 6,185. From January 2016 until May this year, this had fallen much further averaging at about 750 speeding violations a month.

Revenues from fines issued since June 2014 have amounted to €2.18m.

A system of traffic cameras operated elsewhere for around 10 months, from November 2006 until August 2007, but were removed after disagreements with the supplier, and since then there have been several botched tenders’ procedures.

During those 10 months, 16 fixed traffic cameras and seven mobile ones recorded around 165,000 violations, though the real number was in fact much higher as for various reasons the system was unable to process roughly 30 per cent of violations.

In July, transport minister Vassiliki Anastassiadou said that fresh tenders are to be launched for the installation of a full system of traffic cameras by 2022, while mobile cameras are planned to hit the roads as of next year.

By 2022, the minister said 90 fixed cameras would be in place at accident black spots, and 20 mobile units would also be in use.

After years of delays, the latest one was said to be due to the ministry’s decision to choose a more sophisticated system, which can photograph vehicles from the front and back.

As well as recording speed, they will also be able to check for other violations such as not wearing a seatbelt, talking on the phone while driving, driving through a red light and crossing the white line at the traffic lights.