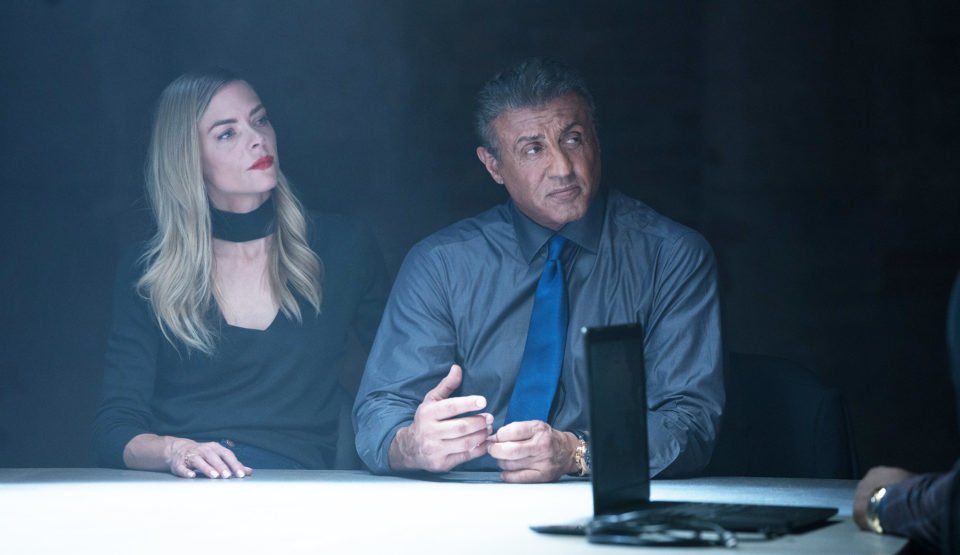 There’s no escape in Escape Plan: The Extractors (the third in the franchise, after last year’s enjoyably ludicrous Escape Plan 2: Hades) – no escape from the idiocy, but also no escape in the actual plot. There isn’t even an official prison to escape from, just a “black site” where the villain (Devon Sawa) keeps “the worst of the worst” secretly incarcerated. (The list includes terrorists and serial rapists – though also hackers, which seems a bit harsh.) This is where Sylvester Stallone and his cohorts break in, aiming to extract a kidnapped Chinese heiress – but Devon’s also an extractor, aiming to extract a cool $700 million from her dad, the richest man in China.

That’s where it gets murky, partly because the richest man in China is stuck in the small town of Mansfield, Ohio, surrounded by small-town cops asking clueless questions like “Do you have any enemies?”. Admittedly his daughter was kidnapped in Mansfield, but still, you’d think such a powerful mogul would have more resources at his disposal. (“Can’t you get some help from Cleveland or Chicago?” he pleads with the rubes.) Fortunately, he’s received a hot tip on how to handle the kidnappers: Don’t answer the phone! The longer you delay talking to them, the longer she’ll live. This turns out to be good advice, so Devon keeps calling and – after an initial brief parley – the richest man in China simply refuses to pick up, leaving Devon exasperated. Shouldn’t he at least text ‘I hv yr daughter, send $700m’ or something?

But we digress. The point is that Escape Plan: The Extractors is rubbish, its only imaginative touches coming in the deaths – which include a spike through the temple and a shot from the point of view of a person being shot (the camera lurches back to indicate the impact) – and the fights, which are visceral. Stallone was largely absent in Escape Plan 2 but he does a lot here, running through tunnels and fighting at close quarters, not to mention shoving that spike through the guy’s temple. Also on hand is Dave Bautista, engaging in a mumble-off with Sly (they mumble useless lines like “I got your back” at each other), and a couple of Chinese actors who – as in Part 2 – do most of the actual fighting.

What’s the point of this movie? The credits list two dozen producers and executive producers; what did they all do? Was it some kind of tax dodge? Did no one find the plot a little flimsy? Did no-one notice (or mind) the unintentionally funny bits? The hostage has a father and the villain had a father (he was once Sly’s business partner): “A lot of fathers here…” says a Chinese sidekick thoughtfully, and the camera dwells on that bizarre line because – why? Was it part of some ‘sins of the fathers’ sub-plot that never got written? The best Wtf Moment comes when Stallone and Co. are trying to figure out where Devon is hiding, watching a video of him standing in front of a wall dominated by a huge Russian Orthodox icon. “That!” says a sidekick, in exactly the tone of voice used when someone in a movie notices a tiny clue in a corner of the frame – and points at the icon, which is virtually the whole frame! Yup, he’s in Eastern Europe.

“The most horribly produced film I have ever had the misfortune to be in,” wrote Stallone on Instagram about Escape Plan 2 – which may explain both his greater involvement in The Extractors and the less outlandish, more meat-and-potatoes vibe. To be fair, bone-crunching fights and memorably gross deaths are enough to satisfy most of the audience for something like this. No one’s going to ask why the film spends a good two minutes wandering around the town of Mansfield for no reason whatsoever (is it trying for a Clint Eastwood vibe? is it just padding out the 90 minutes?). No-one’s going to laugh when the villain not only utters the ultimate villain cliché – “We’ve got visitors!” – but repeats it twice for good measure. No-one’s going to think Stallone foolish when he lunges wildly at Devon (“I’m gonna beat you to death!”) and of course gets shot in the face. The good news, I guess, is that no other sequels to Escape Plan are currently in the pipeline – or, to quote our hero at the end: “I’m done with prisons!”. Actually, sir, I think you’ll find you already were.

Kontides: a great mental win before the Olympic Games