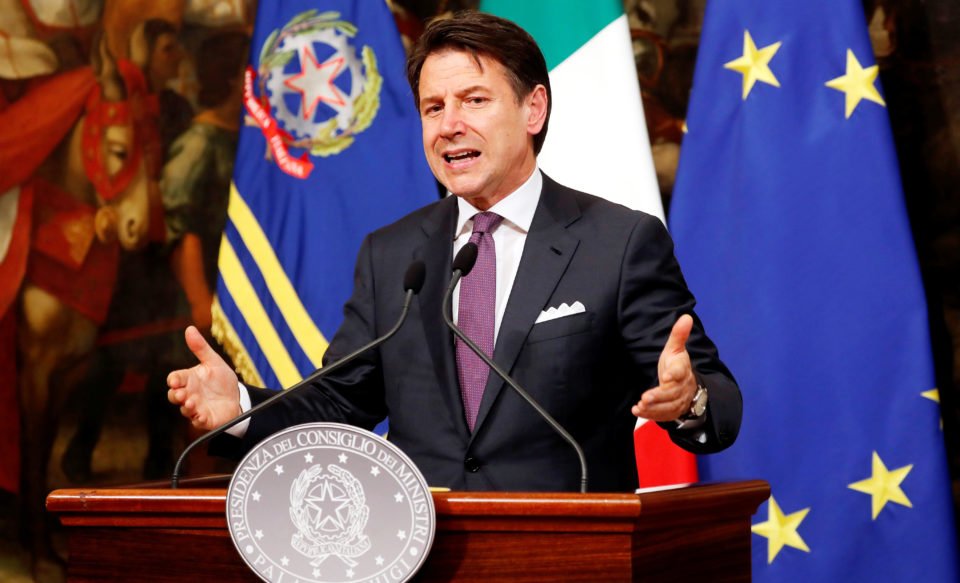 Prime Minister Giuseppe Conte on Monday urged members of the anti-establishment 5-Star Movement to back a new coalition with the opposition Democratic Party (PD), saying the planned government could transform Italy.

Conte has held a round of talks with both 5-Star and PD leaders looking to stitch together a new administration after his previous government collapsed when the far-right League pulled out in an effort to trigger early elections.

Members of 5-Star will hold a ballot on the party’s internet platform from 9 a.m. to 6 p.m. (0700 GMT to 1600 GMT) on Tuesday to decide whether the group should join forces with the PD, its traditional foe.

With the outcome uncertain, Conte posted a video on Facebook saying the proposed coalition would be good for Italy.

“I understand your doubts, but there is a unique opportunity to show we can really decisively reform this country and do extraordinary things,” said Conte, a law professor who has no political affiliation but is seen as close to 5-Star.

“To do this we don’t need superheroes that my son likes so much. It’s sufficient to have people who are normal but responsible and determined, who love their country more than anything else.”

Shortly after he spoke, 5-Star leader Luigi Di Maio also took to Facebook, but he delivered a more subdued message and refused to advise his party members on how to vote.

“There is no right or wrong vote, there are your ideas and the sum of your ideas will guide the movement,” Di Maio said. “Don’t be afraid … we have already won, the world is waiting for the democratic outcome of your vote to know Italy’s future.”

An SWG opinion poll for La7 television channel said 51% of 5-Star supporters backed a tie-up with the PD, while some 69% of PD voters endorsed the idea.

Italian bond yields fell towards multi-year lows on Monday in a sign that investors believed a new government would take office, heading off the risk of an early election and prolonged political instability in the euro zone’s third largest economy.

Amongst the various things Conte said he thought his new cabinet could work on were a reduction in taxes, a new focus on sustainable development, a crackdown on tax evasion, a reform of the justice system and the introduction of a minimum wage.

He also pledged to avert a hike in VAT sales taxes that is due to kick in automatically from January to keep the public finances of heavily indebted Italy on track.

PD leader Nicola Zingaretti said he was confident a deal would be reached.

“We are working as you know with patience and in a serious fashion for the formation of a real government of change, because this is what Italy needs to rekindle the economy,” he told reporters.

The Italian economy has been broadly stagnant since the second quarter of last year, maintaining its customary position among the most sluggish performers in the 19-nation euro zone.