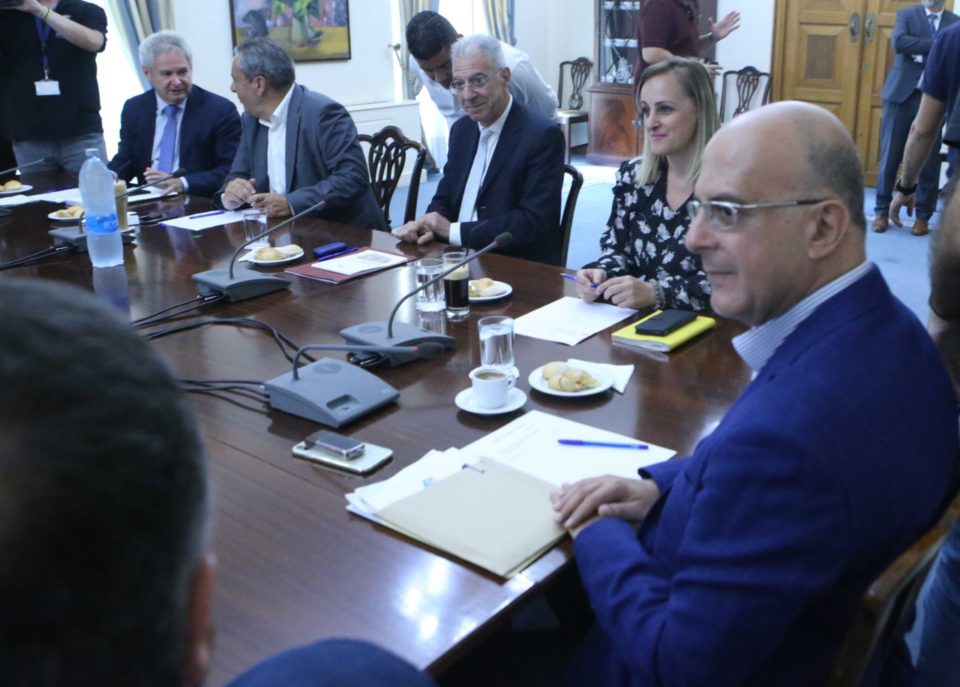 Though the main Greek Cypriot parties were on Tuesday cautiously optimistic that new talks would indeed start, the smaller ones, including centre-right Diko, were more negative.

After being briefed at the National Council by President Nicos Anastasiades about his contacts with UN envoy Jane Holl Lute over the past three days, main opposition Akel leader Andros Kyprianou issued a plea to the two leaders.

“We are once again appealing to both leaders to realise the criticality of the moment and the need for negotiations to resume,” he said. Though Akel appreciated the latest developments, it was still a matter of wait-and-see, first whether the terms of reference would in fact be agreed, what they would be, and what Lute would recommend to the UN chief.

“If negotiations resume, the challenges will come there where we have to defend principles and relevant UN resolutions and seek a solution that is precisely based on these,” he added. “It will not be easy.”

Asked if the National Council’s red line to resume talks was based on Turkey ending its activities in Cyprus’ EEZ, Kyprianou said: “I think it would be paradoxical for negotiations to take place while actions are ongoing that are considered threatening”.

He suggested a formula be found to ease the concerns of the Greek Cypriot side, meaning Turkey ending its activities. Lute is yet to meet the Turkish leadership on this issue, which was raised with her by Anastasiades on Sunday.

According to Solidarity leader Eleni Theocharous, the president made it clear to the National Council that he would not conduct negotiations unless the obstacles such as the EEZ and Turkish Cypriot moves to open Varosha were halted. She also doubted that the terms of reference as agreed when the time comes, would be announced until, and if, the leaders meet the UN chief in New York later this month.

Diko’s main focus was not so much on Turkish actions but the Guterres framework itself as a basis for negotiations.

He said their concern was that the terms of reference would be based on the Secretary-General’s report of September 2017, which does not refer to territory, maps, Turkish troops and its intervention rights.

“As so far this is the only text we have before us, then you realise we are starting on a negative footing.”

Socialist Edek leader Marinos Sizopoulos went as far as using the term “potentially dangerous developments. The discussed benchmarks cannot, in our view, lead to a democratic process and a viable solution,” he said. “We will see how this progresses as the process has not been completed,” he added.

Far-right Elam also spoke of “dangerous provisions. But we agree with the president’s approach that he cannot proceed with talks as long as Turkey’s provocative, expansive actions continue,” said spokesman Geadis Geadi.

The “dangerous provisions” in the Guterres framework, he said involved the non-return of all refugees to their homes, the continued presence of Turkish troops, and the rotating presidency.

Citizens Alliance leader Giorgos Lillikas said there should be no third Conference on Cyprus unless there was adequate preparation and common ground to allow for a positive outcome. There was also no indication the Turkish side would abandon its unwavering stance on certain issues.

“So, I’m very afraid that by following and adopting the same ingredients we had in Crans-Montana and Geneva before that, and following the same path, we will inevitably have an outcome that is no different,” he added.