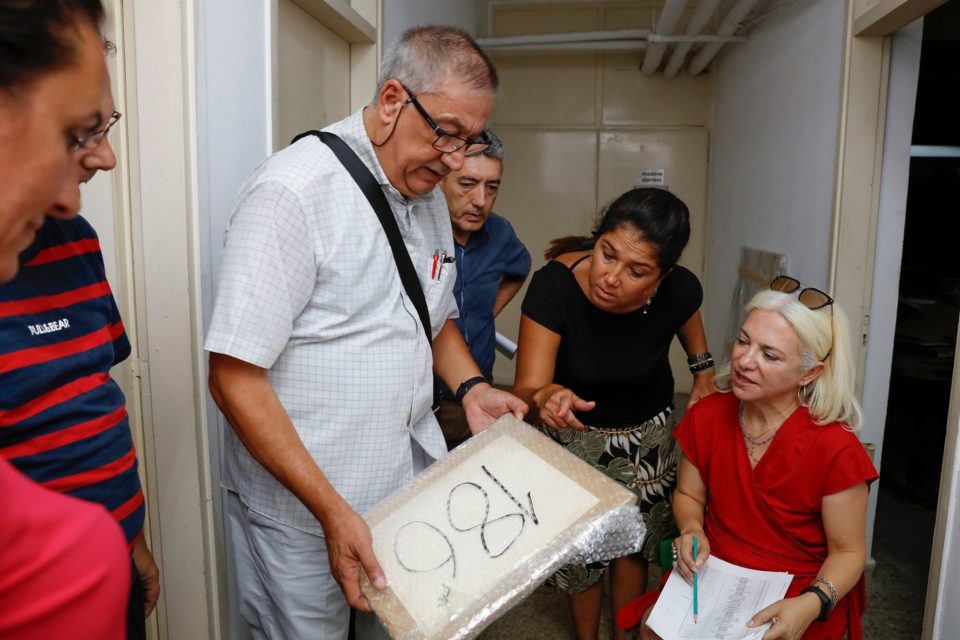 Greek and Turkish Cypriots on Tuesday exchanged artworks and audiovisual material as part of a confidence building measure agreed by the leaders of the divided communities in February.

The exchange, according to the bicommunal technical committee on culture, took place in the UN protected area at Nicosia airport.

Paintings and recordings will be prepared for an exhibition which will be open to public in due course, the committee said.

The transfer involves 210 artworks, some of which are of great value, and which were created by Greek Cypriot artists and left behind after the 1974 invasion.

The works were found in private homes, galleries and ateliers in the Famagusta area in the north.

The co-chair of the committee, Androulla Vassiliou, has said that finding the rightful owners will be a difficult process.

The task is complicated by the fact that while the names of the artists are known, it is still unclear whether the artworks were sold to other individuals, since many of the paintings were found in private homes, suggesting that the paintings were bought, Vassilou said.

The technical committee has created a website (www.cyprusart.eu/en) for the collection of information about all artworks lost in Cyprus in 1974 with the hope of identifying their rightful owners and returning works to them.

The website operates in three languages: Greek, Turkish and English.

The website asks people to complete a five-part questionnaire giving information about each artwork and its owner.

Anastasiades to meet Mitsotakis in Athens next Tuesday