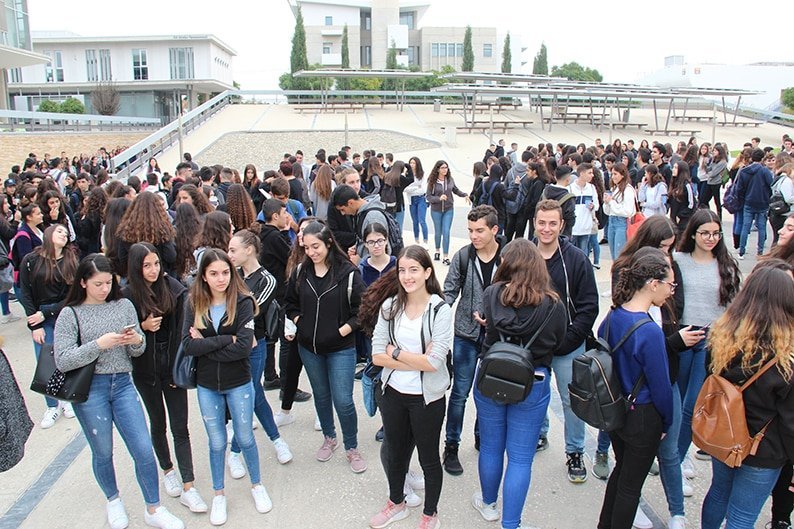 Students have threatened to take action if teachers and education ministry officials who met on Tuesday try to enforce stricter rules for uniforms in high school go through with new measures.

Unofficial announcements suggest the ministerial committee made up of teachers and ministry officials are looking for a stricter enforcement of dress code rules, provoking students union Psem to warn that there will be consequences if they insist on old-fashioned uniform regulations.

Ministry officials and teachers’ unions have already met twice during the summer to discuss the regulations based on feedback from previous years.

School uniform regulations have been around for more than a decade and are not uniformly enforced.

The general guidelines from the ministry prohibit male students from having long hair or a ponytail, any visible facial hair or to wear any jewellery.

Female students are allowed to wear subtle jewellery, while they are prohibited from wearing leggings, tight trousers, short skirts and make up. Also they are not allowed painted nails, dyed hair or unconventional hairdos.

New additions to this list apparently include fake eyelashes for female students.

The regulations in place since 2007 allow high school students to wear dark blue jeans. Any that are of a lighter blue shade or ripped, are still prohibited.

High school students are allowed to wear a plain black, grey, dark blue or white T-shirt. It is suggested that each school decides on one colour T-shirt.

Although the ministry has not made an official announcement, Psem on Monday expressed their concern at “new” measures on school uniforms by calling them conservative on their Facebook page and in an announcement.

Psem said the ministry should stop worrying about students’ hair and look into more important matters such as the development of critical thought in schools and an all-round education.

“A student’s appearance does not in any situation affect their performance in school nor does it set them as an example of good conduct,” Psem said, adding they are fighting for the day that schools will truly represent society as until now they have been cut off from it.

The ministry is expected to send a final decision to schools about uniforms.