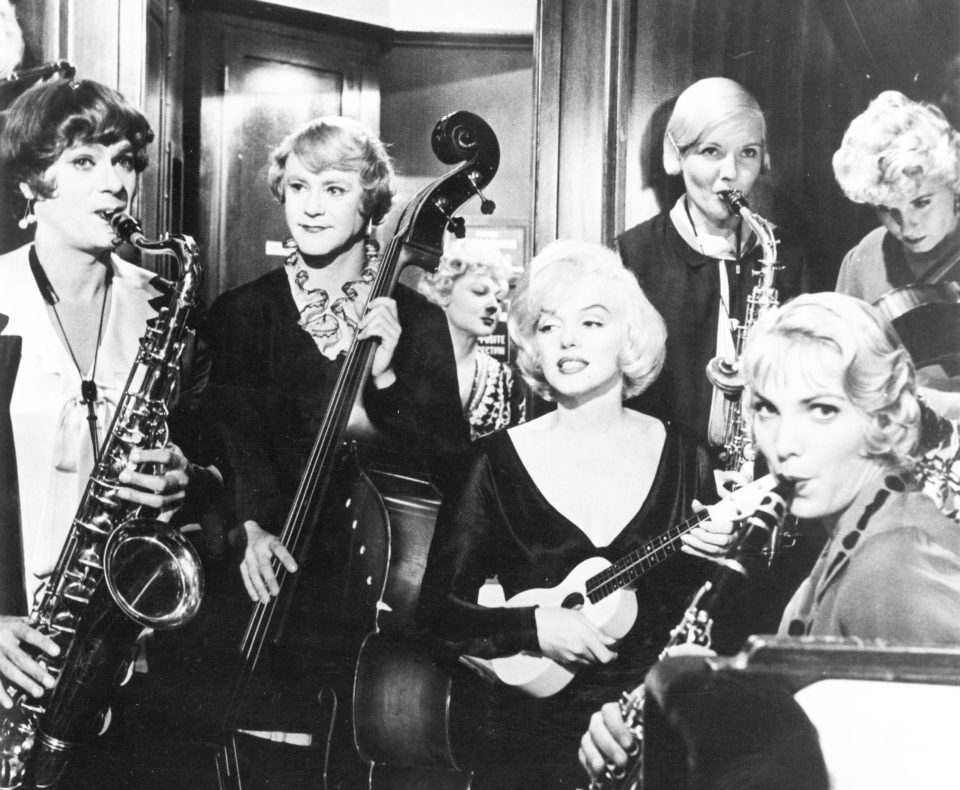 Here’s the last instalment of ‘Through the Decades’, our summer feature going back through film history a decade at a time.

This will be our final flashback of the summer, with loads of new movies slated to come out from next week – but it’s fitting to end on 1959, one of those years (like 1927 and 1977) that can truly be said to have changed cinema. In 1927 the transformative title was The Jazz Singer, in 1977 it was Star Wars; in 1959 it was The 400 Blows, one of several freewheeling, rule-breaking films – most of them made by former critics – that collectively became known as the French New Wave.

1959 is about halfway between the end of WWII and the social (and sexual) revolution of the late 60s. Things were changing, socially and indeed cinematically, but the old order still held firm – so for instance, in America, John Cassavetes made Shadows, a micro-budget indie decades before micro-budget indies, but the film of the year was undoubtedly Ben-Hur, a Biblical blockbuster that won 11 Oscars and made pots of money. Also in the Oscars was The Diary of Anne Frank, Hollywood’s rather lumbering attempt to deal with the legacy of the war; no wonder that the year’s biggest hits (Ben-Hur excepted) were all comedies.

The problem with going back 60 years is that – despite years of trying – I still have many gaps in my viewing, ‘must-see films’ I still haven’t seen. Imitation of Life is a big one, Douglas Sirk’s weepie about a black girl and a white girl who grow up together and end up mired in prime 50s melodrama. Fires on the Plain is big too, the Japanese shocker about WWII soldiers who resort to cannibalism. Snow-capped Western Day of the Outlaw is another one, ditto Black Orpheus (the Carnival-set Brazilian drama which won the Golden Palm at Cannes), ditto Claude Chabrol’s The Cousins, Chabrol being another of those French New Wave troublemakers. So many great films to see, so little time! Here, in any case, is our semi-provisional Top 10, along with 15 other films that marked the year:

1. ANATOMY OF A MURDER. A cracking courtroom drama, but also more: a clear-eyed dissection (‘anatomy’) of the Law itself, exposed by director Otto Preminger – a lawyer by training – as a case of pure theatre, lawyers performing, Truth getting lost in the shuffle. Controversial in 1959 because it used ‘dirty words’ like “sperm” and “panties”, but don’t be misled: this is a masterpiece.

2. SOME LIKE IT HOT. Jack Lemmon and Tony Curtis dress up as girls to escape the Mob, run into Marilyn Monroe who’s always got “the fuzzy end of the lollipop” when it comes to men. Funniest comedy ever? Hard to say, since humour is subjective – but surely the most perfectly constructed. “Nobody’s perfect”.

3. RIO BRAVO. Casual viewers note the rugged-sounding title and John Wayne in the lead, and assume this is action-packed – but in fact it’s languorous and funny, a two-and-a-half hour Western where very little ‘happens’. A group of men (and one woman) bond, hang out, and help each other find redemption; a wonderful film, though Quentin Tarantino’s passion for it – he claims that he shows it to every prospective girlfriend, and ends the relationship if she doesn’t love it – may be excessive.

4. THE WORLD OF APU. It’s a fact of life that anyone under 40, faced with the name ‘Apu’, is more likely to think of The Simpsons than Satyajit Ray’s ‘Apu Trilogy’ – but this brilliantly staged, deeply affecting drama brings the Trilogy to a shattering close, taking Apu from a rather feckless young adult to marriage and reluctant fatherhood.

5. TIME STOOD STILL. The least-known film on this list, a case of two non-professional actors – a middle-aged man and a youngster – moving from shyness and mutual irritation to something surprisingly transcendent, while working on an isolated dam in the Italian Alps. Light, flowing, unexpectedly powerful.

6. SHADOWS. John Cassavetes got some beatnik friends together for this semi-improvised drama of New York hipsters – but also took chances, including the first interracial romance in American movies. Seen today, it’s a little bit quaint but still packed with jazzy 50s energy.

7. THE 400 BLOWS. Troubled-teen drama is among the most famous films of all time – though Antoine Doinel’s problems do seem slightly tame after 60 years. Freeze-frame ending still rocks, obviously.

8. I’M ALL RIGHT, JACK. Splendid British satire of labour relations, including Peter Sellers as trade-union leader Fred Kite: “Ah, Russia. All them corn fields, and ballet in the evenings!”. Arthur Scargill was not amused.

9. RIDE LONESOME. The Western as chess game, the various pieces viewed with cool detachment by director Budd Boetticher. Lean – only 73 minutes – but not necessarily mean, expertly worked but surprisingly warm, even goofy. A great B-movie.

10. NORTH BY NORTHWEST. Hitchcock’s definitive chase film: the crop-duster, the climax on Mount Rushmore, the final censor-baiting shot of the train going into the tunnel. Is it ‘plausible’, though? Of course not, don’t be silly.

Coronavirus: Summer festivals in a state of disarray