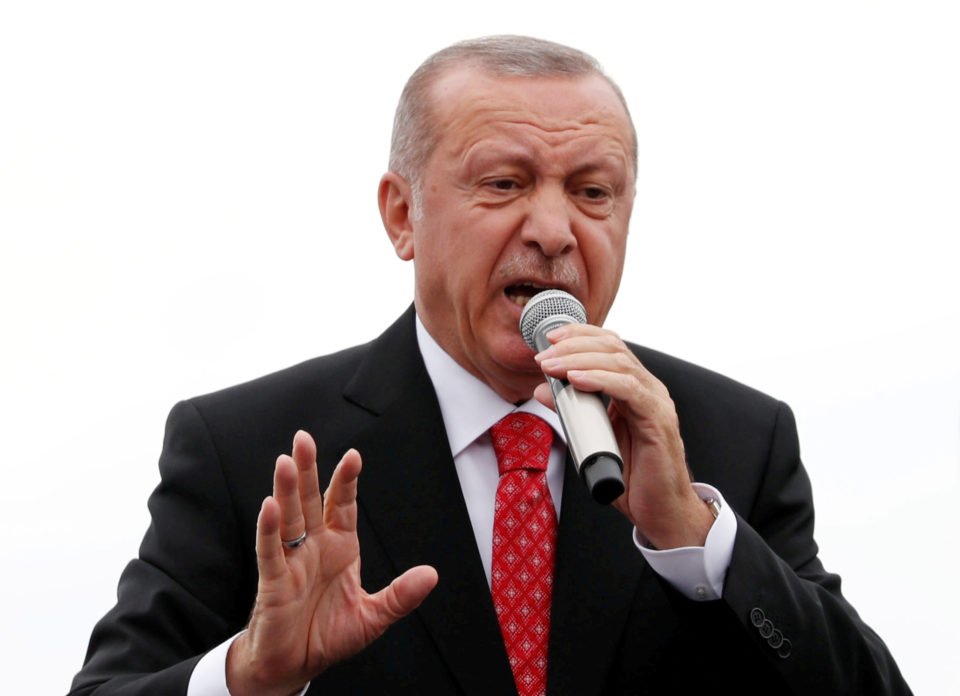 Turkish President Tayyip Erdogan said on Wednesday it was unacceptable for nuclear-armed states to forbid Ankara from obtaining its own nuclear weapons, but did not say whether Turkey had plans to obtain them.

“Some countries have missiles with nuclear warheads, not one or two. But (they tell us) we can’t have them. This, I cannot accept,” he told his ruling AK Party members in the eastern city of Sivas.

“There is no developed nation in the world that doesn’t have them,” Erdogan said. In fact, many developed countries do not have nuclear weapons.

Turkey signed the Nuclear Nonproliferation Treaty in 1980, and has also signed the 1996 Comprehensive Nuclear-Test-Ban Treaty, which bans all nuclear detonations for any purpose.

Erdogan hinted that he wanted the same protection for Turkey as Israel.

“We have Israel nearby, as almost neighbours. They scare (other nations) by possessing these. Noone can touch them.”

Foreign analysts say Israel possesses a sizable nuclear arsenal. Israel maintains a policy of ambiguity around the nuclear issue, refusing to confirm or deny its capabilities.