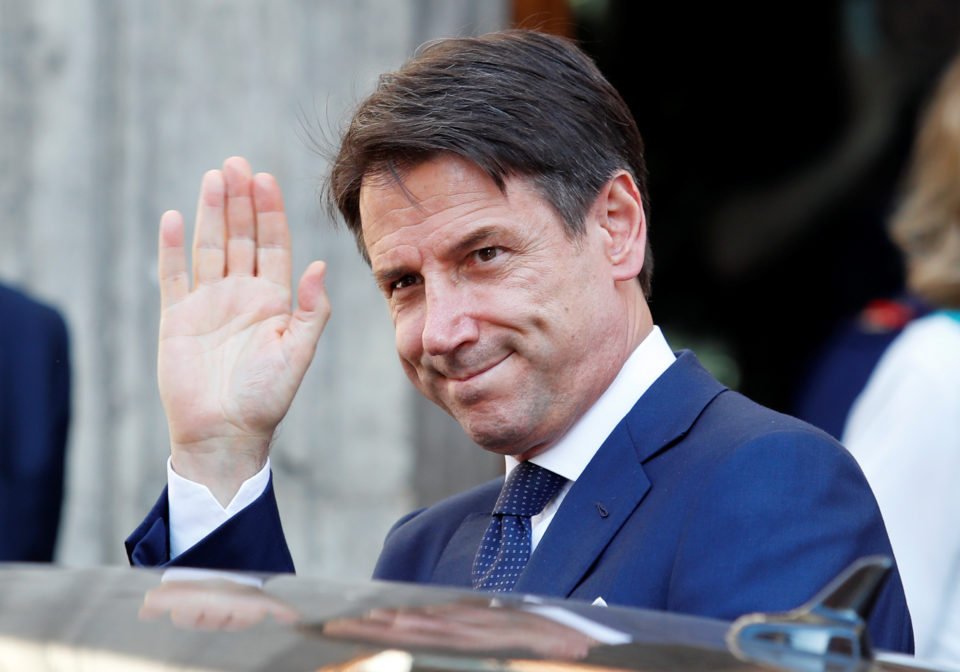 Italian Prime Minister Giuseppe Conte unveiled his new cabinet on Wednesday, uniting two rival political parties in an unlikely coalition that is expected to improve ties with the European Union and adopt a softer stance on immigration.

The team of ministers drawn primarily from the anti-establishment 5-Star Movement and the centre-left Democratic Party (PD) will be sworn into office on Thursday morning by President Sergio Mattarella.

The previous administration, also led by Conte, collapsed last month when Matteo Salvini’s far-right League party pulled out of its coalition with 5-Star in a vain attempt to force early elections.

Salvini’s gambit backfired badly, ushering in a new alliance between previous political enemies that is expected to tone down his crackdown on migrants arriving by boat from Africa and look to repair strained ties with Brussels.

The key post of economy minister went to the PD’s Roberto Gualtieri, now head of the EU Parliament’s economic affairs commission and influential in 2018 negotiations to soften EU rules on state aid to banks saddled with bad loans.

5-Star leader Luigi Di Maio, who served as deputy prime minister, industry minister and labour minister in the previous administration, was named as foreign minister in the new cabinet despite having no experience in international diplomacy.

The high-profile interior ministry, presided over by Salvini for the past 15 months, went to Luciana Lamorgese, a career civil servant with no political affiliation.

Financial markets have rallied over the past week on hopes a snap election would be avoided, and analysts welcomed the latest signs that the month-long political crisis was drawing to a close with a more pro-European government.

“Our judgment is decidedly favourable,” said Federico Imbert, CEO of Credit Suisse in Italy. “I don’t think investors will be disappointed by the new government lineup … the fact that Gualtieri has strong European experience is a big plus”.

Matteo Ramenghi, chief investment officer for Italy at UBS Global Wealth Management, said the list of ministers confirmed the balance between the ruling parties and the pro-EU nature of the government.

He said despite the coalition’s slim majority in the upper house Senate, it looked likely to survive its first hurdle of confidence votes in both houses of parliament, which are expected next week.

Salvini, now sidelined in opposition, called the new administration “a government produced by Paris and Berlin, born out of fear to give up power, without dignity or ideals, with the wrong people in the wrong places”.

S&P Global said the newly-formed government could pave way for important policy shifts that ease the pressure on the country’s downgrade-threatened credit rating.

Italy’s bond market has rallied strongly over the past week as the threat of prolonged political instability and early elections receded.

As the alliance looked to broaden its slender Senate majority, the cabinet included Roberto Speranza, who was given the health portfolio. Speranza is a senior figure in the leftist LEU party, meaning it will become part of the coalition.

5-Star and PD unveiled a shared, 26-point policy programme on Tuesday, putting an expansionary 2020 budget at the top of their agenda but pleasing markets with a pledge that it would not endanger public finances.

Lute to hold fifth round of meetings on Thursday (update 3)