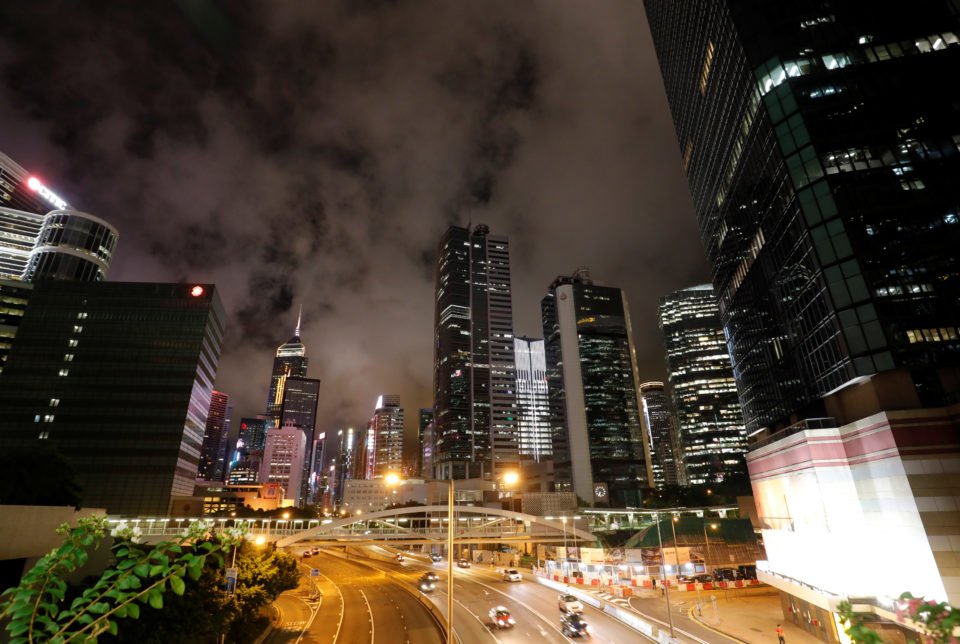 Friends and media about the current situation in Hong Kong. I would like to take this opportunity to make some clarifications regarding the causes, harms and trends of recent events in Hong Kong, so that the Chinese position is rightly heard.

In the minds of many here in Cyprus, Hong Kong is a wonderful place to be. Unfortunately, protests and violence have been ongoing there for more than two months, which were sparked by a murder case in China’s Taiwan.

The Government of the Hong Kong Special Administrative Region proposed to amend the Fugitive Offenders Ordinance to improve Hong Kong’s legal system and make Hong Kong a better and safer place rather than a safe haven for criminals. Driven by ulterior motives and private interest, the protests soon turned violent. Some protesters attacked the police with unidentified liquids and toxic powders, and even stormed the Legislative Council building, damaging its facilities and attempting to harm others.

It now appears that the so-called demonstrations have fully evolved into masked vandalism and terror. The behaviour of those taking part has crossed the line of freedom of speech and peaceful demonstrations, trampled the rule of law in Hong Kong and undermined the social order of Hong Kong. It was not only a blatant challenge to the underlying principles of ‘One country, Two Systems’ and human progress and civilization, but also in contempt of social conscience and public morality.

What drove the peaceful protests into violence and the lawless to become unscrupulous and uncontrolled?

Certain western forces that aim to disrupt Hong Kong and contain China’s development are to blame. When violent crimes and acts of terror occurred in Hong Kong some politicians in the United Kingdom, instead of condemning the violence, voiced support and praised the “courage” of the offenders, criticised the Hong Kong SAR Government’s way of handling the violent situation and even obstructed the HKSAR Government’s efforts in bringing the perpetrators to justice.

Some in the House of Representatives of the United States said that the violent crimes are “a beautiful sight to behold”, distorting Hong Kong police’s law enforcement measures in combating crimes and maintaining social order as suppression. Some even attempted to provoke the Hong Kong public to confront the Hong Kong SAR Government and the Chinese Central Government. Just the day before yesterday, some anti-China European Parliamentarians arrived in Hong Kong to secretly meet gangs advocating Hong Kong’s independence, pointing fingers again at the Hong Kong issue. I could not help wondering whether these politicians would say that “Occupy Wall Street” and recent shooting rampages in the United States are “a beautiful sight to behold” as well?

On one hand, some Western countries have repeatedly denied their connections to the violence in Hong Kong. On the other, they are exposed by their own words and acts of monstrous perversion and clumsy denial of the facts on the ground. No country will ever accept such practices of blatant incitation of violent confrontation and arbitrary interference in others’ internal affairs. Giving airs to violence has sent a wrong signal to the lawless, leading them to believe that illegal acts and violence could go unpunished.

It is particularly noteworthy that the so-called “leaders” that instigated the violence have retreated either to the US, UK or Chinese Taipei, leaving a chaotic Hong Kong in the hands of the fools who blindly followed them. Cyprus media have reported the serious consequences of the violence on the economic and social development of Hong Kong, especially on the retail industry, foreign investment and tourism.

I have two more points to add: First, disruptions in Hong Kong, one of world’s leading financial hubs, could cause the city to idle or even go into reverse, which will not only bring harm to its citizens but also further complications to global economic recovery. Hong Kong today could be London or New York tomorrow. The Chinese people know the pain of chaos, detest riots in any form, and all the more abhor the dirty hands of outside forces.

Second, the resident foreign population accounts for about 8 per cent of Hong Kong’s population. If the lawless are to have their way, it will seriously undermine the rule of law and stability of Hong Kong. This is in no country’s interest.

Hong Kong is part of China. It is no longer a colony. Hong Kong affairs are purely China’s internal matters, in which no other country, organisation or individual has the right to intervene. At present, the overwhelming aspiration of the 1.4 billion Chinese people, including our Hong Kong compatriots, in light of what happened in Hong Kong is to stop the violence and restore order in Hong Kong for the maintenance of its prosperity and stability.

However, as the saying goes – a tree cannot remain still before the wind stops, and so supported and instigated by western powers, the lawless on the streets of Hong Kong refuse to be convinced until they reach the dead end. They will not cease until Hong Kong has completely fallen into the hands of external forces in an attempt to subvert China. They wish to continue the violent activities to attract attention and make so-called “martyrs” of themselves, so as to vilify the Hong Kong police and spur more waves. Otherwise, their sinister goal of completely disrupting Hong Kong and suppressing China cannot be achieved.

China is resolute in safeguarding its national sovereignty, security and development interests. China is unwavering in safeguarding Hong Kong’s prosperity and stability and opposing external intervention. This is a struggle between justice and evil, peace and violence. Any attempt to create chaos in Hong Kong and undermine its prosperity and stability will neither have popular support nor succeed. The Hong Kong SAR Government will pursue the criminal responsibility of violent offenders within the parameters of law. The Chinese Central Government strongly supports the Hong Kong SAR Government in handling this matter according to the law and restoring social order as soon as possible to protect the personal safety and property of Hong Kong citizens.

At the same time, the Chinese Government demands that relevant western forces abide by the basic norms of international law and international relations, immediately stop intervening in Hong Kong affairs and China’s internal affairs, forsake double standards, reflect on the ‘butterfly effect’ of their own wrong words and deeds so as not to draw fire on themselves.

The Chinese people believe that Hong Kong is beautiful when it is peaceful, stable and properous. If any country or politician likes violence and terror and thinks it is a ‘beautiful sight to behold’, let them keep it for themselves.