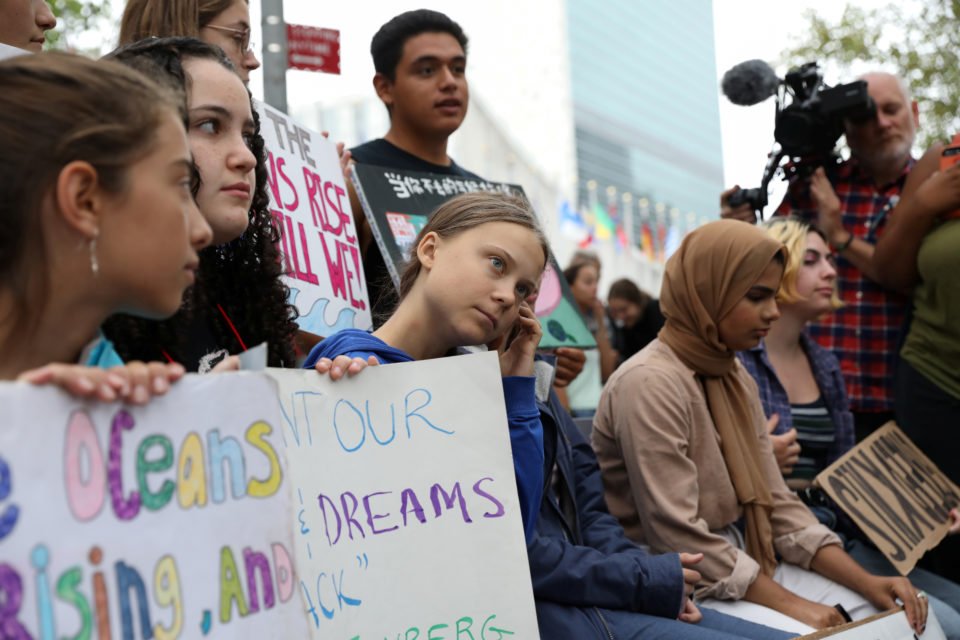 Major oil companies have approved $50 billion of projects since last year that will not be economically viable if governments implement the Paris Agreement on climate change, think-tank Carbon Tracker said in a report published on Friday.

The analysis found that investment plans by Royal Dutch Shell, BP and ExxonMobil among other companies will not be compatible with the 2015 Paris Agreement, which aims to limit global warming to 1.5 degrees Celsius.

“Every oil major is betting heavily against a 1.5 degree Celsius world and investing in projects that are contrary to the Paris goals,” said report co-author Andrew Grant, a former natural resources analyst at Barclays.

Big oil and gas companies have welcomed the U.N.-backed Paris Agreement, in which governments agreed to curb greenhouse gas emissions enough to limit global warming to 1.5 degrees Celsius, or “well below” 2 degrees Celsius by the end of the century.

Scientists view 1.5 degrees Celsius as a tipping point where climate impacts such as sea-level rise, natural disasters, forced migration, failed harvests and deadly heatwaves will rapidly start to intensify if it is breached.

Carbon Tracker’s analysis, co-authored by Mike Coffin, a former geologist at BP, found that 18 newly approved oil and gas projects worth $50 billion could be left “deep out of the money” in a lower carbon world.

Previous reports on the implications of climate change for oil and gas companies by Carbon Tracker and other researchers have contributed to a wave of investor pressure on majors to show that their investments are aligned with the Paris goals.

While some companies including Shell, BP, Total and Equinor have increased spending on renewable energy and introduced carbon reduction targets, the sector says it needs to continue investing in new projects to meet future demand for oil and gas as Asian economies expand.

Shell said in a statement that it has set out an “ambition” to halve net carbon emissions by 2050 “in step with society as it moves towards meeting the aims of Paris.”

“As the energy system evolves, so is our business, to provide the mix of products that our customers need,” Shell said.

BP said its strategy to produce low cost and low carbon oil and gas was in line with the International Energy Agency (IEA)forecasts and the Paris agreement.

“All of this is aimed at evolving BP from an oil and gas focused company to a much broader energy company so that we are best equipped to help the world get to net zero while meeting rising energy demand,” the company said in a statement.

Chevron said in a statement that while it was tracking policy changes around climate, “most outlooks we track conclude that oil and gas demand will continue to grow over the coming decades.”

Exxon, Equinor and Total did not reply to requests for comment.

Nevertheless, the latest Carbon Tracker report said the big oil and gas companies spent at least 30% of their investment last year on projects that are inconsistent with the path to limit global warming to even 1.6 degrees Celsius.

“These projects represent an imminent challenge for investors and companies looking to align with climate goals,” the report warned.

Carbon Tracker’s calculations were based on three scenarios produced by the Paris-based IEA models of oil and gas supply under different warming pathways.

With fossil fuel supply on course to outstrip demand if the world is to limit warming at 1.5 degrees Celsius, the report assumed that the projects with the lowest production costs would be the most competitive.

“Demand for oil can be satisfied with projects that break even at below $40 per barrel and pursuing higher-cost projects risks creating stranded assets that will never deliver adequate returns,” the report said.

Benchmark crude futures were trading at around $62 per barrel on Thursday.

Cast-out theologian can only return to Church fold if remorseful