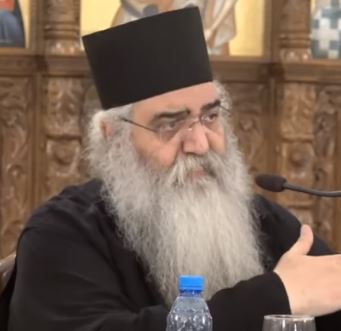 Archbishop Chrysostomos said Friday the Holy Synod will not discuss insulting comments made by Morphou Bishop Neophytos about gays pending a decision by the attorney-general on whether they constituted hate speech.

Reports this week said a police probe cleared the bishop though the final say lies with the attorney-general.

Chrysostomos declined to say whether he supported the bishop but he did censure Neophytos’ critics, suggesting they had blown the issue out of proportion.

“They have become more brazen and I don’t think the Church can remain silent in the face of these situations,” the archbishop said. “They have become shameless and that is why everyone should come back down to earth since in Cyprus we have religious people and you can’t have everyone doing whatever they want.”

“We don’t meddle in anybody’s personal issues. We love everyone but they must learn to respect the Church, our Creator, and not curse the divine, because we cannot tolerate such a thing,” he said.

The probe against Neophytos was launched after he made derogatory comments about gays.

The bishop had also linked the murders of five foreign women and two children by serial killer Nicos Metaxas to abortion, saying it was hypocritical to be saddened by the death of the two children killed by Metaxas when Cyprus carries out so many abortions.