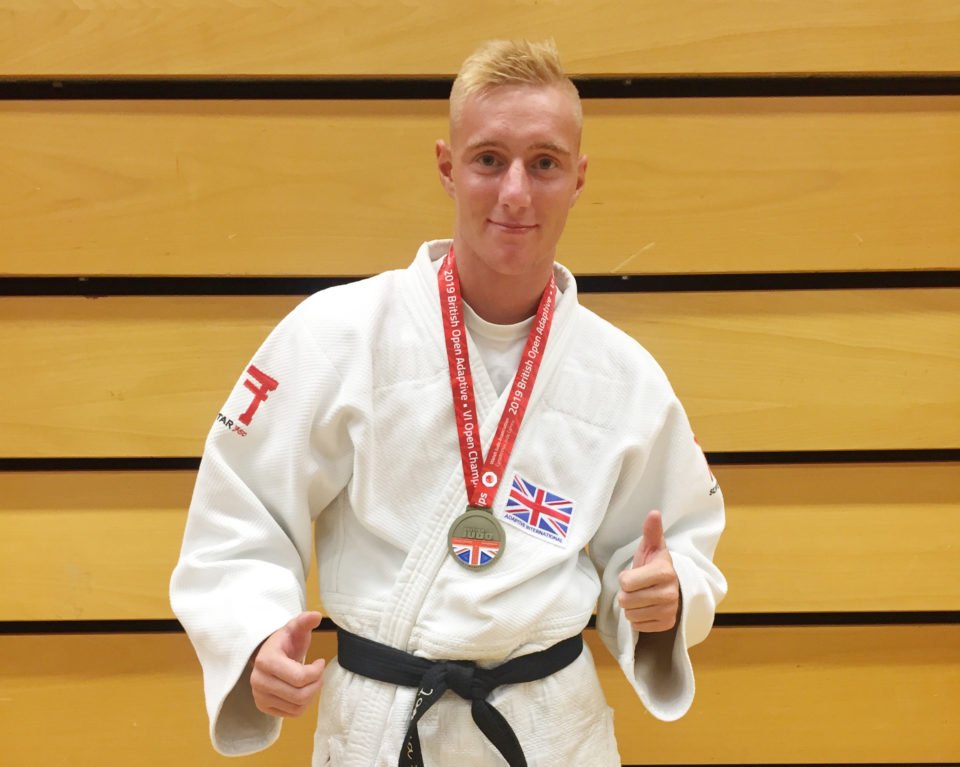 This latest success, in the Under-73kg category, means 22-year old Joshua Hemsley has now won gold medals for four consecutive years and he is showing no signs in resting on his laurels

This latest success, in the Under-73kg category, means the 22-year old has now won gold medals for four consecutive years and is showing no signs in resting on his laurels.

Hemsley’s route to gold was not made easy and he had to win five contests during the championships in Wales as he displayed his wide variety of skills and techniques.

He finished his first fight with a ‘body drop throw’, which gave him maximum points and his second and fourth fights ended quickly, with an ‘inner-thigh throw’ which saw his opponents looking skywards, lying flat on their backs.

In his final match-up, he also displayed his full array of complex ground skills by pining his opponent to the mat.
Now back at RAF Akrotiri and reflecting on what has been another dominant tournament for the young man, Hemsley revealed his pride in bringing home gold once again.

He said: “I am so pleased with my performance during the championships. I fought new opponents that I had never competed against, which was challenging but fortunately, I was able to put my training to good use and adapt my techniques to ensure success.

“It has been a great competition for both myself and the club and I would like to thank Kerry Tansey and the British Judo Association team for making the day possible.”

Squadron Leader Steve Hemsley, the Officer in Charge at the Akrotiri Judo Club, is also Joshua’s father and he explained a little more about what Adaptive Judo means.

He said: “Adaptive Judo allows those players with physical or mental disabilities, including being visually impaired, to compete against players of a similar ability. They are categorised with a specific level dependent on their ability and Joshua is categorised as a Level 1 player, which means he can train and compete with mainstream players and has a good understanding of the meaning and goal of the competition.

“It also allows those with significant disabilities, like being wheelchair bound, or suffering from Down Syndrome for example – which range from Level 2-5 – to compete in the sport fairly.”

Joshua, who has an Intellectual Disability which has been accredited by the International Federation for Athletes with Intellectual Impairments (INAS), is clearly an outstanding judoka and Sqn Ldr Hemsley was keen to point out the standard across the board at the latest championship was very high.

He continued: “The standards are determined by the category they compete in and within Joshua’s level the standards are high. Joshua completes as a Level 1 player, therefore he can and does train and compete with mainstream players and is very capable of taking part in competitions.

“As his father, I am extremely proud. He is very talented when it comes to most sports and his standard of judo, as demonstrated within the competition, is impressive.

“In my capacity as Chairman, he is a great role model for all club members and his enthusiasm for the sport is infectious. He is an excellent ambassador for the sport.”

The Akrotiri Judo Club, which now has 60 members, was formed in February last year and has quickly established itself within both the Bases community and further afield with clubs in the Republic of Cyprus.

The club is set to reopen again after the summer break on September 10 and is scheduled to take part in various training days and competitions as the year goes on.

If you are interested in trying judo, then visit the Akrotiri Judo Club page on Facebook for more information.

Zimbabwe’s Mugabe: from liberator to oppressor