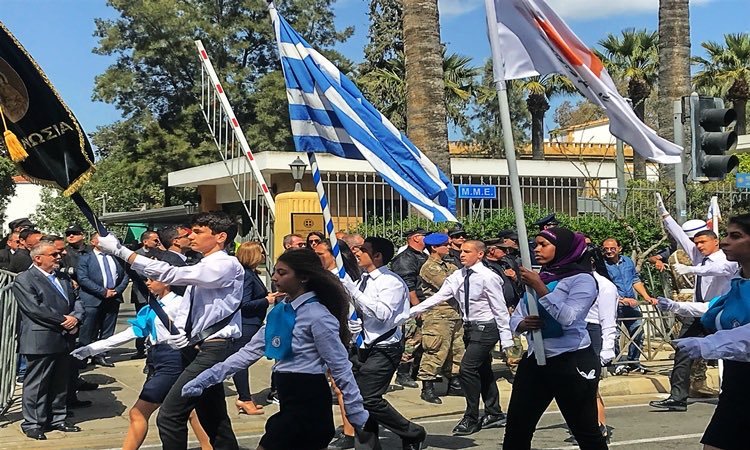 The education ministry ordered a disciplinary investigation on Friday after the headmaster of a Nicosia high school cautioned a Muslim girl because she was wearing a headscarf to school.

Reports said the pupil, who is a graduate, is a refugee from Syria and has been living in Cyprus for the past five years.

“We condemn every form of racist behaviour. Our education policy promotes equality, respect of diversity, development of each child’s personality, and safeguards human rights without race, religious, or other discrimination.”

The head of secondary education, Kyprianos Louis, described the incident as an arbitrary decision by the headmaster.

“Our schools are multicultural, and headmasters have no instructions to discriminate based on their cultural background and the pupils’ dress code,” Louis said.

Loizos Sepos, the headmaster of the Apostolos Varnavas lyceum in Strovolos, told Kathimerini newspaper that he merely asked the girl to remove her head covering.

“I have no problem with her religion. I spoke on the basis of the ministry law according to which pupils must not cover their head,” he said.

Sepos said he told the girl’s father afterward to take any complaint he may have to the education ministry.

“I abide by the laws. I have nothing else to say.”

Other pupils who were present however, said Sepos had turned the pupil away when he saw her headscarf.

Several pupils were recorded on video jeering and voicing disapproval over the headmaster’s action.

The girl’s fellow pupils said she has never caused any problems in the years she has been attending the school.

Parents said Cyprus’ public schools were open to all children irrespective of origin and religion and such behaviours did not honour anybody.

Teachers and headmasters ought to teach pupils to respect diversity and religious beliefs and not racism, the parents said.

Such conduct must be condemned and prevented and not “taught” by a headmaster, the parents said.

“We urge headmasters to study and implement to the letter the regulations of operation of secondary schools and to not breach them,” they said.

The incident was condemned by political parties.

A Facebook event created by a pupil of the Apostolos Varnavas lyceum, called on students of the school to abstain from their classes on Monday and block the “conservative and racist” headmaster from entering the school. The text of the event claims that the protest will continue until the headmaster is removed from his post.