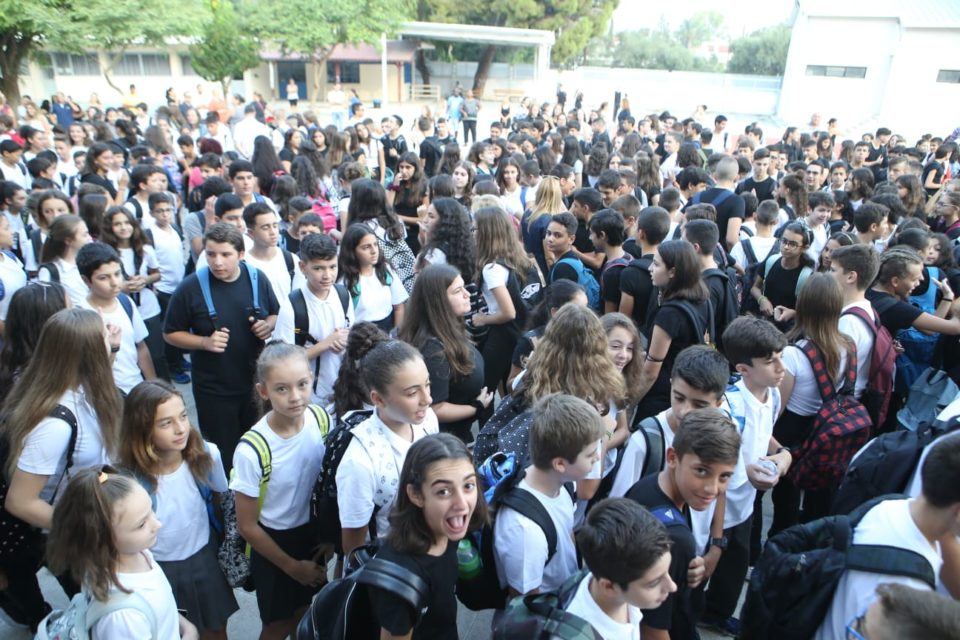 How going back to school used to look

As secondary schools were reopening on Friday, students and the education ministry looked set for new clashes over the twice-yearly exams, which pupils oppose, mobile phone use, uniforms and accessories.

“The most serious issue for students currently is the implementation of examinations on a four-month basis,” said Panayiotis Georgiou, the president of student organisation Psem.

During the House education committee on Wednesday Psem was informed about what they should expect for the upcoming school year. Discussions included the issue of the new evaluation system, mobile phones regulations and students’ dress code.

After the meeting, Psem posted on Facebook their disagreement over the twice-yearly exams and want discussions to continue to find a system they call student-centered and not exam-centered, Georgiou told the Cyprus Mail.

The four-monthly exams will be introduced for the first time during the 2019-2020 school year, after the postponement from the government for the previous year following negative reactions.

As regards mobile phones, Psem said overall prohibition was not the solution. Stricter punishments for those using them in class should be established instead, the students say.

During the House committee opinions on this were conflicted since parents’ associations support the a total ban whereas teachers’ unions stand by the current legislation that allows students to use their phones only during breaks.

The issue was brought up again this year after a video went viral in May from a school in Limassol showing a male teacher striking a female teacher. After this, Costas Hambiaouris proposed the total ban of mobile phones in schools.

However, on August 29, when he was questioned by reporters on the matter, he said that personally he was in support of children bringing their mobile phones in schools, however to not use them in class or during breaks.

Students have also threatened to take action against stricter measures on dress codes.

Discussions are underway among a committee made up of teachers and ministry officials are looking for a stricter enforcement. The regulations have been around for more than a decade but are not uniformly enforced.

The general guidelines from the ministry prohibit male students from having long hair or a ponytail, any visible facial hair or to wear any jewellery.

Female students are allowed to wear subtle jewellery, while they are prohibited from wearing leggings, tight trousers, short skirts and make up. Also they are not allowed painted nails, dyed hair or unconventional hairdos.

New additions to this list apparently include fake eyelashes for female students.

The regulations in place since 2007 allow high school students to wear dark blue jeans. Any that are of a lighter blue shade or ripped, are still supposedly prohibited but there is plenty of photographic evidence that these are not enforced to the letter.

High school students are allowed to wear a plain black, grey, dark blue or white T-shirt. It is suggested that each school decides on one colour T-shirt.

“A student’s appearance does not in any situation affect their performance in school nor does it set them as an example of good conduct,” Psem said, adding that there would be consequences if the ministry and teachers insisted on “antiquated regulations” that forbid male students from having long hair and female students from wearing fake eyelashes among other rules.

They added the ministry should stop worrying about students’ hair and look into more important matters such as the development of critical thought in schools and an all-round education.