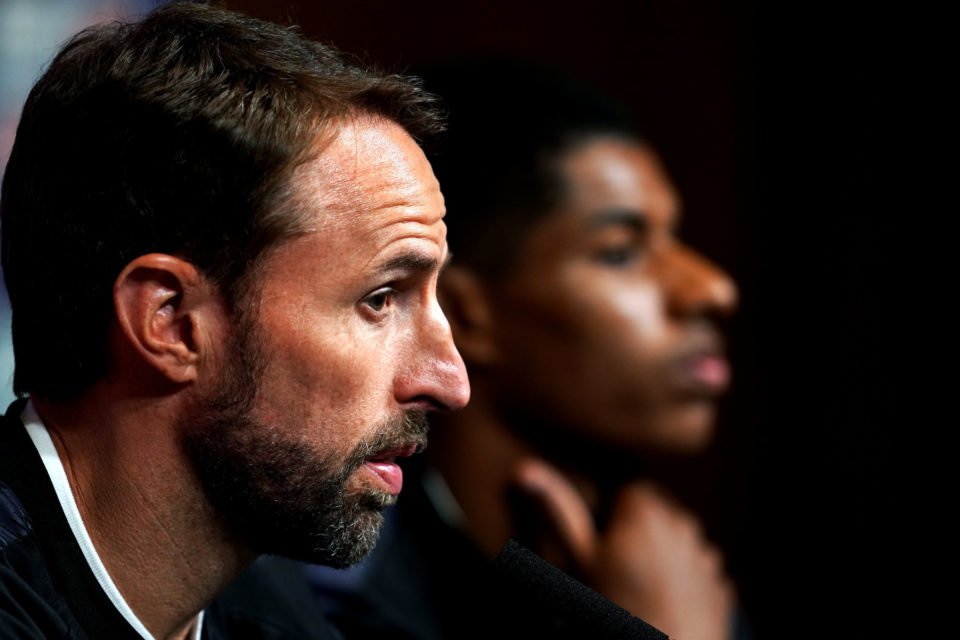 Gareth Southgate admits he is “conscious” that his England team are tasked with helping to give the nation a feel-good factor amid an uncertain political backdrop.

The Three Lions helped alleviate such concerns for a period on their run to the World Cup semi-finals last summer but the unrest remains.

Now Southgate’s side are back in Euro 2020 qualification action – taking on Bulgaria at Wembley on Saturday before a trip to Southampton’s St Mary’s Stadium three days later for the visit of Kosovo.

With the England cricket team – and in particular the superb Ashes Test-winning innings from Ben Stokes almost a fortnight ago lifting spirits – Southgate is now aware it is he and his players who many will turn to for light relief.

Asked if football can give the country something to feel good about, he told BBC Radio 5 Live: “Yes, I’m very conscious of that.

“We have helped to provide joy at a time when there isn’t a lot about for people. The cricket team have done that in a couple of significant moments already this year and I have loved watching that.

“The World Cup final was brilliant and the Ben Stokes innings was a real last stand of British resilience and, living in Yorkshire, the atmosphere at Headingley probably added to that as well.

“We all love those moments, sport should do that – sport should take you away from the day-to-day and allow us to dream and allow us to be excited about things that, in the overall scheme of things aren’t important, there are far more important things but we can bring joy to people and it is a privilege to be in a position to be able to do it.”

After their semi-final appearance in Russia, England then entertained during the inaugural Nations League campaign – once again reaching the last four of a tournament as they lost to Holland back in June.

But even the prospect of two home qualifiers against nations further down the international pecking order can excite the country’s football fans, according to Southgate.

“The excitement around the team is what we wanted, I think that is down to the performances of the players, the style they have played in, the way they have conducted themselves as individuals and collectively,” he added.

“So, we have got to continue that, we know that expectations are higher now, hopes are high and that is great.

“You want to be involved in a team where there is high expectation and we want to keep exciting our fans and putting on performances that they want to come and watch and – most importantly – we have got to keep on winning.”

While Southgate believes the qualifiers are attractive fixtures for the home fans – there is no doubt reaching Euro 2020, and a competition where the group-stage, semi-final and final will be held at Wembley, would truly be something for the country to get behind – even if he will not allow himself to get carried away just yet.

“It’s hugely exciting for everybody,” he added.

“I feel as if we’ve started to build that excitement whenever we play now, which is fantastic. I know the level that that can go to, but I can’t afford to be carried away with that, that’s brilliant for everybody else to experience.

“Somebody’s got to be in control of what we’re doing and making sure we’re on the right path and not too far ahead of ourselves because we’ve got a lot of improvement to do to make that a really strong possibility.

“That’s got to be my area of focus, to make sure all of my staff and all of my players are of that mindset.

“I want the team to experience those full houses, that excitement. That’s what playing for England should be about and that’s what it should be for the supporters.

“Beer sales go up and everybody enjoys looking forward to it. We want that to last as long as it possibly can, but I can’t live in that world of external… I’ve just got to get, it’s my job to get everybody there.”