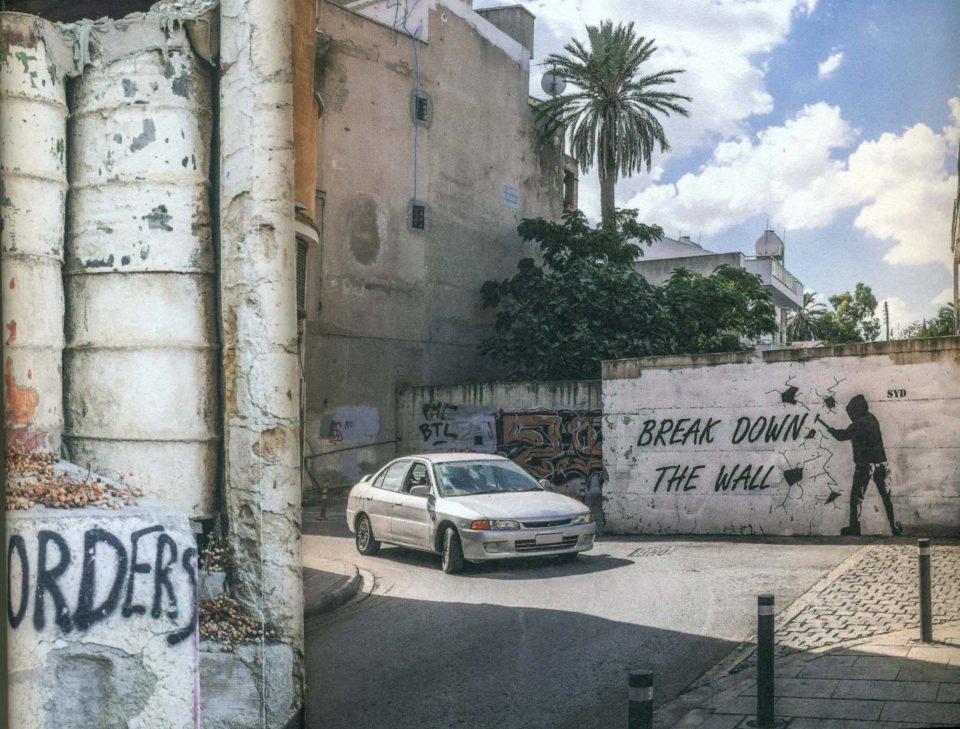 We Are Cypriots is a valuable record, but if it truly reflected the views of all Cypriots, then our divided island would surely have been reunited years ago

“Between 2015 and 2018, during the reunification talks and after they failed, the author Lisa Fuhr visited Cypriots from both communities and photographed them in their surroundings,” goes the copy for We Are Cypriots, an intriguing new book in English and German.

We Are Cypriots has already been presented in Cyprus, last May at the Goethe Institute (the presentation was followed by a month-long exhibition of Fuhr’s photos), and will soon be launched, on October 11, in Fuhr’s native Germany. It’s available in all leading bookshops.

It remains to be seen what German readers will make of these 24 interviews, 15 with Greek Cypriots and eight with Turkish Cypriots (there’s also one with Ceren Ataker Etci and Constantinos Hadjichristofi, who have a “mixed marriage”). However, reaction to the book among Cypriots will surely depend, to a large extent, on each reader’s views regarding the ever-present Cyprus problem.

“I wanted to meet locals of different ages, from different generations, with different jobs – and, if possible, with different political beliefs,” explains Fuhr in an interview with Munich-based journalist Anastasia Charalambous-Becker.

Her intentions were certainly pure, and the book is a valuable record (even more valuable for a foreign audience) – yet it must be said that she largely failed in her aim of interviewing Cypriots from across the political spectrum.

In fact, We Are Cypriots is best described by journalist Klaus Hillenbrand, who ends his excellent preface – a lucid potted history of the island’s recent tribulations – as follows: “Despite all this, there are still people in Nicosia and other places across Cyprus who are attempting to overcome resentments and create trust between the two communities… It is to let these people voice their visions, dreams and ideas that this book exists.”

There are no Elam supporters in the pages of We Are Cypriots, no rabid nationalists making a case for a Greek (or Turkish) Cyprus. The very first photo in the book shows the window of the now closed down lingerie shop ‘No Border’ Underwear in Nicosia (the same shopfront recently appeared in the film Smuggling Hendrix). Two pages later, there’s a photo of a street event by Unite Cyprus Now. The prevailing spirit is certainly bicommunal, and the 30 interviewees – despite being diverse on paper – aren’t exactly a random cross-section, with activists somewhat over-represented. Magda Zenon devotes most of her interview to discussing women’s rights in Cyprus. Nikolas Krstic recalls his time protesting for reunification at Occupy Buffer Zone.

A social scientist could assemble these 30 people in the same room and record no serious disagreements – yet their overall mood isn’t sanguine but weary, often melancholy.

“Our slogan was ‘Unite Cyprus Now’… From now on, it will have to be ‘Unite Cyprus – But How?’,” admits architect Savvas Christofides, speaking after the failure of the talks in Crans-Montana.

Ozman Tekman, owner of the Kyrenia Tavern, tells Fuhr of a Greek Cypriot family who came to see their occupied home: “The present owner offered them a fig from our garden, but they answered ‘We won’t eat anything here… We’re not touching a thing. Never in my life will I have coffee with a Turkish family’. There’s so much resentment in this attitude towards the Turks; they don’t want to live with us. A good Turk is a dead Turk”. Ozman’s son Ahmet offers a damning conclusion: “If there were a solution for this country, it would’ve been found ages ago”.

What’s missing here, above all, is the vivid dramatic punctuation of human detail. The very first interview in the book is with Christina Koutsavaki, who recalls fleeing Famagusta, aged 15, during the Turkish invasion: “I took a small bag with a few photos and a stone I always carried with me… I didn’t realise we were never coming back”. The image of a teenage girl toting a stone around everywhere, tossing it in a bag with the tanks coming closer (why a stone? was it some kind of lucky stone?), is precisely that kind of detail, a touch so odd and mysterious it can only be true. We Are Cypriots could’ve used more such unforced humanity.

Well-worn – though also well-meaning – clichés get trotted out: the hope that a new generation will do what their elders cannot, the profound similarities between Greek and Turkish Cypriots. Even Greek and Turkish sound similar from a distance, notes one interviewee. (“The intonation is the same, at least in their Cypriot variants.”)

This is an admirable book by a sympathetic foreign observer – but, if We Are Cypriots truly reflected the views of all Cypriots, then our divided island would surely have been reunited years ago. Krstic, the Occupy Buffer Zone youngster, inadvertently puts it best, speaking of the Annan Plan: “I’ve spoken with maybe one hundred people about it, but that’s not representative of the population.” Sadly true.

Lara bay: Who benefits? Who pays?