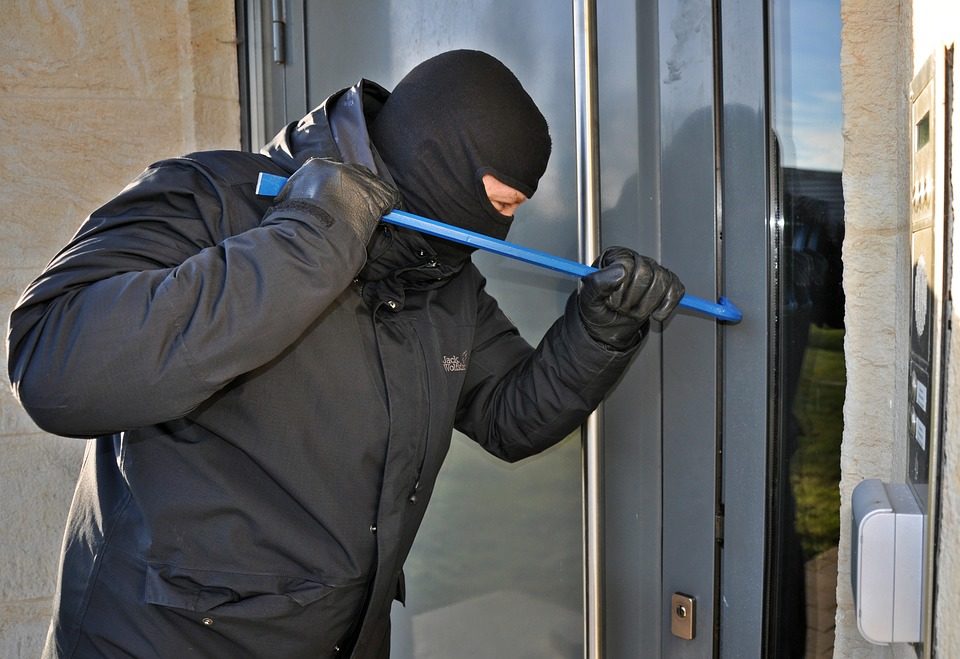 That the Paphos village of Tala has not reported a single robbery in the past month should be good news, but residents have been warned they must not become complacent.

The respite – which comes after a marked increase in the village – could easily just be temporary according to the head of a leading security firm in Paphos, Jeff Greenwood.

“There are known gangs operating in Paphos and they move from area to area every two to three weeks,” he told the Sunday Mail.

Burglary ‘hot spots’ are all over the Paphos district and include Peyia, Chlorakas, Mandria, Secret Valley, Universal and Tala.

The security head said that three gangs made up of various nationalities are currently known to be ‘working’ Paphos.

Greenwood said that the first is a British gang, working alongside Cypriots. They are entering homes and stealing mainly gold and jewellery which their Cypriot associates then take to various shops to be melted down.

The second gang, he said, is mostly Eastern Europeans nationals who steal anything that “can be sold easily”. These items can range from jewellery and cash to curtains to clothes or anything they can easily carry.

The third are Asian nationals who are stealing mainly from holiday homes, which can stand empty for weeks on end, and gardens.

“They can empty your home in an hour, literally. Or they break the lock and replace it, coming back intermittently to take items over the ensuing weeks,” said Greenwood who has three decades of experience in the field, more than 13 of them in Cyprus.

In some instances, they are blatant enough to use vans to do it.

Some thieves are even entering homes through the front of a house while families are enjoying the swimming pool in the back garden.

“The police are doing an excellent job, as they don’t really publicise what they are doing ‘behind the scenes’. Many people don’t realise that,” he said.

Paphos police would not comment on the number or make-up of the gangs operating but confirmed to the Sunday Mail that gangs are targeting certain areas and that ongoing investigations are underway.

The most recent target seems to be Emba.

One family in the village was burgled for a second time last Friday, the first was at a previous property in the area.

“We went out at 7pm and returned at around 1am to find that the entire metal frame of our front door had been crow-barred and then the door shut behind them after entry,” Liz, a 40-year-old British expat resident told the Sunday Mail.

Despite having two dogs and surrounding neighbours, thieves broke in. They ignored the laptops, a PS4 and an iPad downstairs. Instead, they targeted upstairs, taking a box full of expensive watches, and a gold, ruby and diamond bracelet, a wedding present and heirloom from her mum, said Liz.

“It’s so upsetting as these thieves are now so brazen about it,” she said, adding that the police response had been swift and efficient, but that not much could be done without DNA evidence or witnesses, of which there were neither.

Liz, who did want to use her last name, said that three other properties in the street have been burgled in the last few weeks.

“Everyone I speak to in Paphos has either been burgled, or knows someone who has,” she said.

One particular area of Chlorakas seems to be another target. In the last few months alone, at least nine properties in one tiny area alone, some more than once, have been broken into and cash, wallets, laptops, phones, jewellery and other items have been snatched.

Private security guards employed by one of the developments hit in Paphos have upped their working hours, further staff brought in and security and extra CCTV cameras fitted.

“Burglars entered through a ground floor window in the morning whilst the holidaymakers were out, all of their holiday money and other items were taken,” said a guard. “In another property, thieves broke in in the early hours whilst the female owner was asleep upstairs and stole items from downstairs, she is terrified.”

An officer at Cyprus police headquarters in Nicosia confirmed that there is a marked increase in the number of home burglaries in Cyprus generally and particularly in Paphos.

“Some people incorrectly still have the idea that we can leave our doors and windows open, but this is no longer the case. Although Cyprus generally has a low crime rate, do not think that it is without any dangers,” he said.

Despite repeated attempts by the Sunday Mail to obtain the latest figures of reported burglaries the Paphos police have investigated this year so far, none were available.

The latest statistics available on the police website show a total of 93 burglaries and house break-ins for the first six months of 2018 in the entire district of Paphos.

He explained that this may be due to the way in which police file reports.

In the first instance, officers log crimes electronically for each area and it is given a serial number. This will remain as ‘reported to police’ and ‘open’, he said.

Then, if evidence is collected or it is considered a serious crime, it will then be given a case number, (an ‘RCI’), and registered in criminal records. These are the figures which are referenced by the statistical department.

“A serial number and an RCI are different. Many cases remain only at the ‘serial’ level,” he said.

While the community leader of Tala, Areti Pieridou, shares the relief of fellow residents that the Tala burglary spree seems to be over for now, she accepts that the situation has changed in Cyprus.

“The police do their best but there are not enough of them needed to combat this situation, nor can they predict where the thieves will strike,” Pieridou told the Sunday Mail.

Security expert Jeff Greenwood explained that there are two main types of burglars: opportunists, which are the most common and carry out around 95-99 per cent of break-ins. The rest are targeted burglaries.

“Opportunists are the most difficult to catch. It doesn’t take much to grab their eye and they’re in your house. If they can see you have a monitored alarm as opposed to a basic alarm, for example, they will quickly move on to the next house,” he said.

He added that these thieves are more organised than previously and are able to determine and evaluate all sorts of security measures that might be in place.

Generally, even high levels of security usually fail to deter a targeted burglary, though, as the thieves know what they want and are determined to get it, he said.

Greenwood’s company provides security measures for around 700 homes in Paphos.

Professional Paphos locksmith, Paul Collins, has been providing additional security measures to local residents for the last 8 years, mostly in the form of ‘snap locks’ and sliding door and ‘pin locks.’

“No area of Paphos seems to be immune from burglaries this year and most entries are made by snapping locks or forcing sliding windows and doors. This can be done in seconds, quickly and quietly,” he said.

Fitted snap and pin locks make it far harder for criminals and are a relatively cheap way to secure windows and doors.

“Nothing is infallible, but if you make it hard for criminals to gain entry, they will go elsewhere,” he said.

Our View: The leaders are only committed to the process, not the results