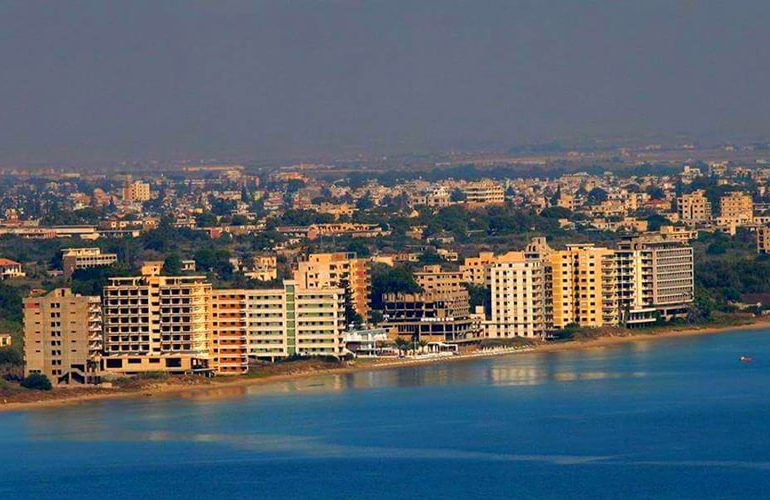 VAROSHIA (Famagusta) was temporarily abandoned by its inhabitants in 1974, when it was bombed by the Turkish air force. The intention of those who were simply trying to protect their lives was to return to their homes as soon as the bombing would stop. They were not allowed to return and most of those who attempted to do so lost their lives. Thus, a whole vibrant city was overnight turned into a ghost town and has remained in this state ever since.

Turkey has consistently and unashamedly used the enclaved part of Famagusta as a negotiating card while the Cyprus government has consistently used the residents of the town, who for 45 years have been waiting for the moment to go back to their homes, to demonstrate to Turkey its unwillingness to admit defeat in a war and pay the consequences of losing that war.

The Cyprus government has regularly argued that it would be inappropriate to compensate the residents of Famagusta for the losses they suffered through no fault of their own because the payment of such compensation would be tantamount to accepting the status quo as being a form of a permanent arrangement.

Generally, these displaced people, who have suffered immensely as a result of losing their jobs and their possessions, remained surprisingly silent, focusing on their survival – both in economic as well in emotional terms. They even accepted to be branded as “refugees”, a term which is understood to mean somebody fleeing war persecution and violence, who would not anticipate returning to their homeland.

The government has confined its reaction to this deplorable state of affairs to seeking and securing a number of resolutions at the level of the UN Security Council, advocating the return of the “refugees” to their homes. These are the resolutions which Kudrot Ozersay, a senior member of the team that is illegitimately governing northern Cyprus, claims, now, that have “expired” as if they were “bonus points” that had to be redeemed by a certain date.

I must say I find the behaviour of Mr Ozersay outrageously provocative. The facts are simple: An invading army effectively forced the residents of a whole city out of their homes; it has permitted the looting of the city on a grand scale; it has systematically used certain facilities that were vacated for entertaining military personnel without the payment of any compensation whatsoever; it has prohibited the residents of the town to return to their homes or even visit their homes for the purposes of removing their valuable possessions, and, now, Mr Ozersay declares his intention to allot these properties to anyone he considers fit to accept such a gift.

In fairness, I must say that Mr Ozersay’s views and approach are not shared by most Turkish Cypriots, who, in the past, were keen to work jointly with their Greek Cypriot compatriots on rebuilding the whole of Famagusta.

What is the reaction of the Cyprus government to this ridiculous situation?  It lets it transpire that it may refuse to meet with the enemy to discuss a way out of this deadlock, even under the auspices of the UN.

Honestly, if I were in the position of the members of the Cyprus government, who have been managing the process of seeking to liberate Cyprus from the occupation army calling the shots in northern Cyprus over the past 45 years and, in particular, of seeking the liberation of Famagusta, I would have committed suicide, here and now.

However, because committing suicide is a sinful act according to our religion, the likelihood of seeing such suicidal events is remote.  On this basis, it appears that the turkification of the enclaved part of Famagusta is inevitable and the few original refugees, who are still alive, should accept their tragic fate and that of their beloved city.  If there is anything that can be done to save Famagusta, it must be done NOW.

Using phones at the wheel focus of new police campaign