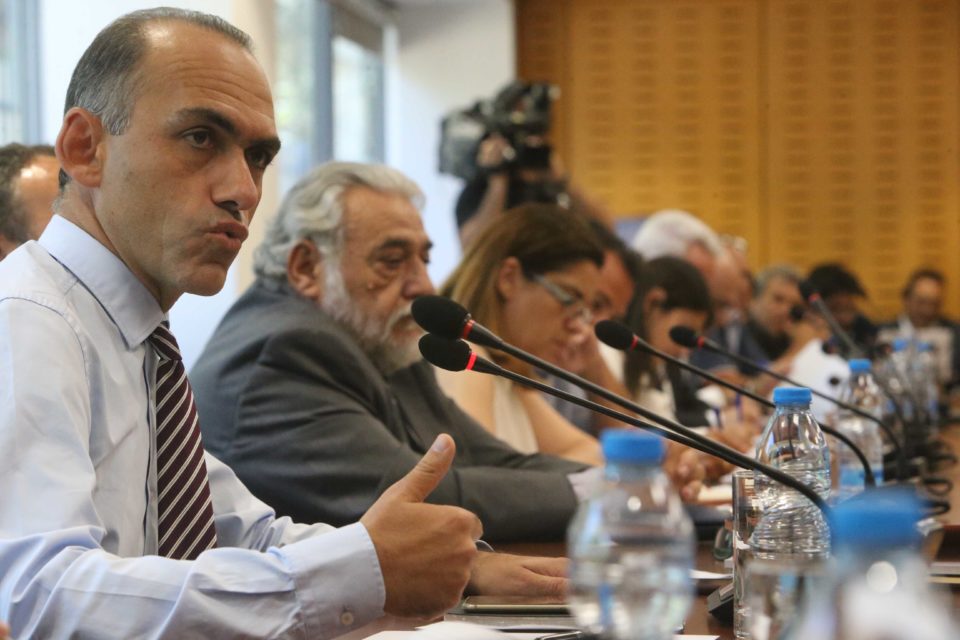 The government said Monday that the Estia debt-relief scheme will apply only to distressed borrowers, excluding those who are able to pay off their loans.

Finance minister Harris Georgiades told the House finance committee that the European Commission, having reviewed the scheme, has indicated it will not approve handouts to borrowers who are consistent in their repayments.

“It is with taxpayer money that these schemes are being financed. It is therefore the state’s opinion that any available resources should be made available to people who are unable to service their loans,” Georgiades told MPs.

Consistent borrowers, he noted, are rewarded via a decline in the interest on their loans, and indeed interest rates on home loans have on average dropped by 50 per cent since the financial crisis of a few years back.

The minister said the government intends to devise additional arrangements to include two categories of distressed borrowers currently not eligible for debt relief through Estia.

Georgiades advised individuals who are ineligible for Estia to apply for the scheme regardless. Their applications would be sorted separately, to be examined on a case-by-case basis subsequently by government agencies to determine how they may be helped.

Moreover, these applications will be considered as pending and will receive the same treatment reserved for legitimate Estia applicants – namely, that while an application is being considered the bank is prohibited from repossessing the home.

“For the others [borrowers], our intention [to assist them] is there, but I don’t want to convey the impression that people should not apply for this scheme and wait for an Estia 2.0 or Estia 3.0. This is not our approach. Relief should be sought via the current scheme.”

For his part, head of the Association of Cyprus Banks Michalis Kronides said that since September 2, when Estia went live, 53 applications have been filed to the three largest banks.

Under Estia, the state will annually pay 1/3 of a borrower’s restructured loan installment, provided commitments are met.

The primary residence which is mortgaged must have a maximum market value of up to €350,000. The Estia scheme applies to the first mortgage on a residence and covers loans or credit facilities regardless of currency.

However, Georgiades intimated that exceptions are possible. Although September 30, 2017 is a key provision in the scheme, there will inevitably arise cases where borrowers were consistent with their loan repayments until that date, but not after.

This was a ‘grey area’, Georgiades said, adding that borrowers falling in this category should likewise apply for relief through Estia.

Also present was Central Bank governor Constandinos Herodotou, informing MPs that the banking regulator has commenced working on a mechanism to help borrowers at risk of losing their homes through foreclosure.

The mechanism would afford these debtors the opportunity to seek recourse and file a complaint with a competent authority if they feel their bank has not given them ample chance to repay their mortgage.

Herodotou said this instrument would likely be ready by October, following consultations between Cypriot authorities and the Single Supervisory Mechanism and the European Central Bank.

Safeguards would be put in place so as not to let strategic defaulters off the hook.

British PM tells parliament: You can tie my hands, but I will not delay Brexit