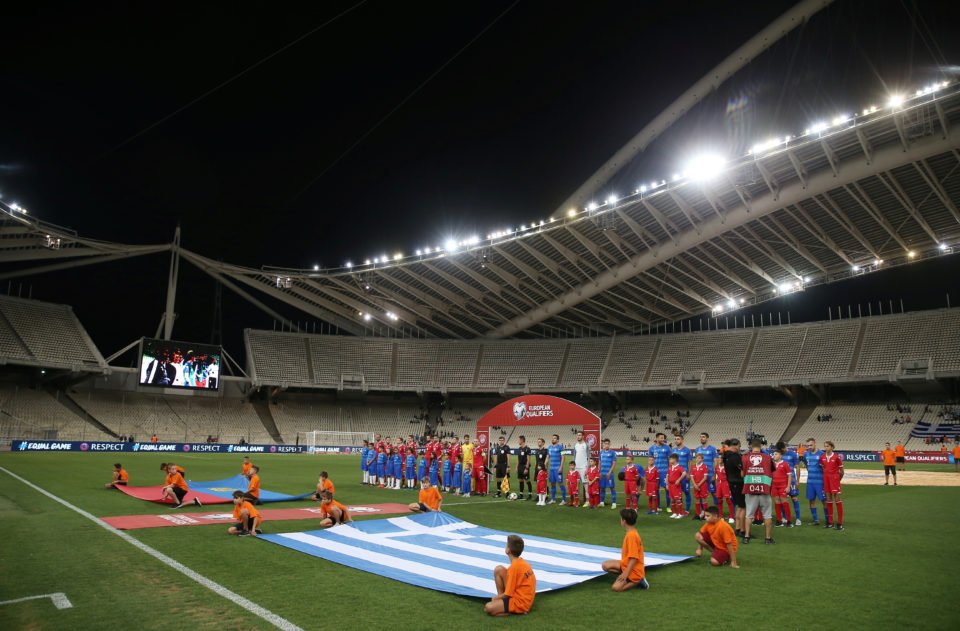 Greece’s miserable run in the Euro 2020 qualifiers continued on Sunday when they were held to a 1-1 draw at home by a Liechtenstein side who had lost their previous five games in the group without scoring.

Liechtenstein, whose population of 38,000 would comfortably fit inside the Athens Olympic stadium, had lost their previous 19 European and World Cup qualifiers, a run stretching back to a 1-1 draw with Moldova in June 2015.

In a near-deserted arena, Greece, the Euro 2004 champions, went ahead in the 33rd minute when Giorgios Masouras turned in a cross from Efthymis Koulouris.

But the hosts, whose previous matches in the group produced home defeats against Italy and Armenia and a loss in Finland, paid a heavy price for failing to add to that goal.

With five minutes left, Nicolas Hasler sent a hopeful ball forward for Denis Salanovic who managaed to evade his marker and slip the ball past Vasilios Barkas to stun the hosts.

Greece, who missed both Euro 2016 and the last World Cup, are fifth in the six-team Group J with five points while Liechtenstein remained bottom with one and a goal difference of minus 18.

In the same group Italy maintained their perfect record in Euro 2020 qualifying when a harsh penalty converted by Jorginho gave them a 2-1 win in Finland on Sunday.

Jorginho scored the spot kick with 11 minutes left after Nicolo Barella’s shot hit Sauli Vaisanen’s arm just above the elbow at point-blank range when the Finnish player had his arm across his chest.

Ciro Immobile had earlier headed Italy in front in the 59th minute with his first international goal for two years before Teemu Pukki levelled for Finland with a penalty in the 72nd minute.

Italy lead Group J with 18 points from six games, six ahead of second-placed Finland who remained on course for their first-ever major tournament appearance despite the defeat.

Armenia have nine points after their 4-2 win over Bosnia, who are fourth with seven. The top two teams qualify for Euro 2020 and Finland will have a second chance through the Nations League play-offs.

“We suffered a little but we caused it ourselves by losing the ball where we shouldn’t lose it,” said Italy coach Roberto Mancini, who has been given the job of rebuilding the team following their failure to qualify for last year’s World Cup.

“On the other hand, there were lots of things that I liked. It’s very positive that we dominate games away from home. Our nature is always to attack and I’ve seen that again tonight, giving very little of the ball to our opponents.”

Finland started aggressively, pressing Italy and causing them to make some mistakes in defence, with Emerson Palmieri pulling a muscle as he chased back to stop a Pukki run.

Italy began to assert themselves and Stefano Sensi brought a flying save from Lukas Hradecky with an exquisite volley on the turn from the edge of the area.

Francesco Acerbi had a shot deflected for a corner, another Sensi effort fizzed wide of the post and Hradecky saved with his legs to deny Federico Chiesa from a tight angle.

Finland had a chance at start of the second half when Pukki was released on the left but he skewed his shot wide.

Italy took back control and went ahead when Chiesa made space on the right and delivered a pinpoint cross for Immobile, who powered his header past Hradecky for his first Italy goal since September 2017 when he scored against Israel.

Shortly afterwards, Pukki burst into the Italy penalty area and went down under a challenge from Sensi, who also marred his fine performance by starting the move when he lost possession in midfield.

The Norwich City striker comfortably converted for Finland’s first goal against Italy since 1977.

Yet Italy replied with a penalty of their own which is bound fuel the controversy over the new handball rules.

Summaries for the European Championship Qualification on Sunday