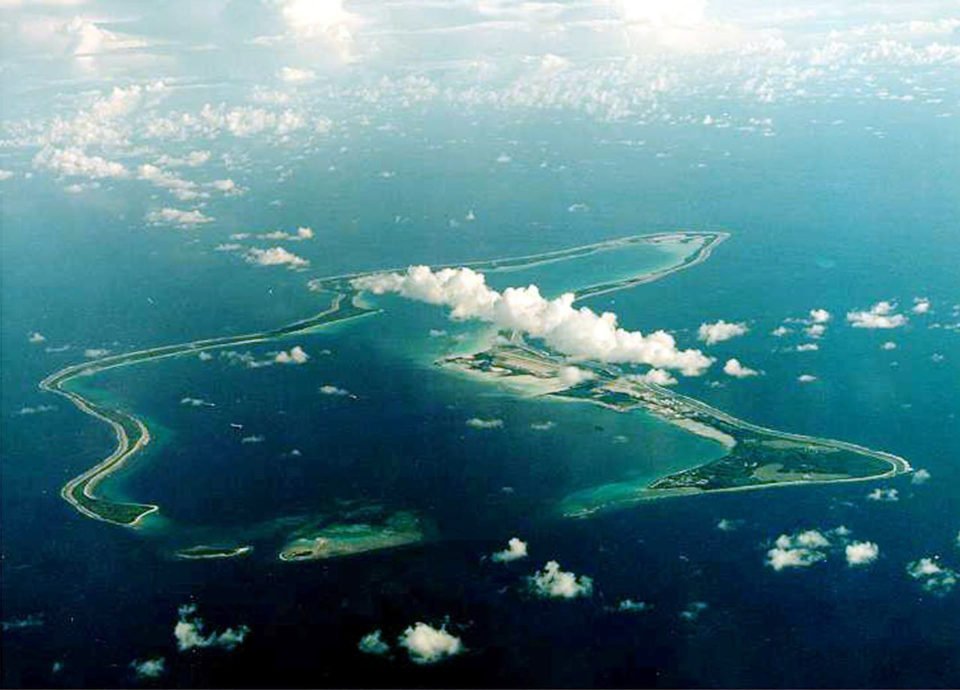 Pope Francis wrapped up his trip to Africa on Monday with a lightning visit to Mauritius, saying Mass for 100,000 people and giving hope to a movement that wants Britain to return a group of islands.

Francis arrived in Mauritius, a former British colony in the Indian Ocean, to a welcome by crowds waving palm fronds as he drove past sugarcane fields on his way to the capital. He celebrated the Mass on a terraced mountainside overlooking the harbour.

In greetings after the Mass to various delegations, Francis referred to an archipelago contested between Britain and Mauritius as the Chagos, instead of by its British name – the British Indian Ocean Territory, or BIOT.

“This represents an important step forward in our fight to recognise the sovereignty of the Republic of Mauritius over the Chagos archipelago”, a senior source in Prime Minister Pravind Jugnauth’s office told Reuters when asked about the significance of the pope’s choice of words.

Britain, which has overseen the region since 1814, detached the Chagos islands in 1965 from Mauritius to create the British Indian Ocean Territory, three years before granting independence to Mauritius – minus the islands.

“I was very happy and proud to hear the pope say Chagos after his homily,” said Rosemond Saminaden, 83, who was forced to leave one of the islands in 1973, and is a member of the Chagos Refugee Group, which is pushing for restitution of their land.

“This gives us a lot of hope and courage. We are happy that the pope thinks about us and that he knows that we are far from our land,” he told Reuters.

Last February, the International Court of Justice told Britain to give back control over the Chagos Islands to Mauritius and said it had wrongfully evicted abut 2,000 people in the 1960s and 1970s to build the base on Diego Garcia.

In May, the U.N. General Assembly overwhelmingly demanded that Britain give up control over the Chagos Islands within six months. General Assembly resolutions are non-binding but can carry political weight and the vote was a diplomatic blow to Britain and the United States.

The main reason for Francis’ trip, the last country on his three-nation African tour, was to pay tribute to Jacques-Désiré Laval, a 19th century French priest who helped former slaves. Francis was later due to visit a sanctuary that is dedicated to Laval and is a major pilgrimage destination.

Mauritius is far richer than Madagascar, or the first country on his trip, Mozambique, as it has benefited greatly from tourism and a financial services sector.

Mauritius also has a youth unemployment problem and a sizable income gap between social classes, and the pope addressed both issues in the homily of his Mass.

Roughly one in four young Mauritians are out of work, and the World Bank says household income inequality there has widened since the global economic downturn after 2008. Only recently has it begun to narrow slightly, according to local statistics.

The pope was returning to Madagascar for the night and was due to leave for Rome on Tuesday morning.

Boris has boxed himself into a a dark corner