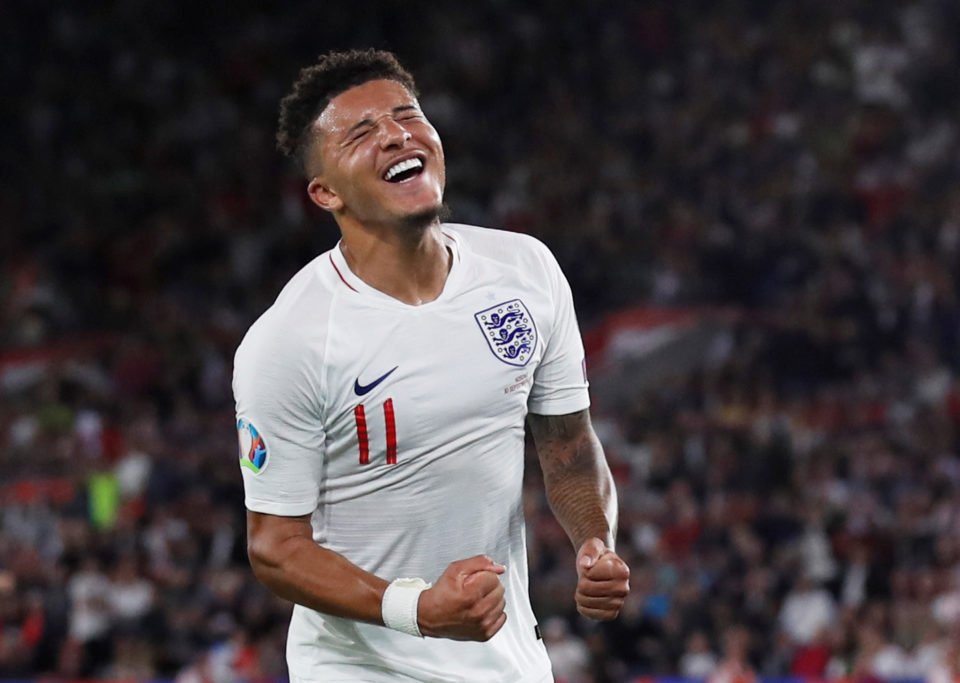 England’s march towards the Euro 2020 finals continued but not quite in the manner they might have expected as they beat a brave and enterprising Kosovo side 5-3 in an extraordinary Group A qualifier on Tuesday.

Valon Berisha gave 120th-ranked Kosovo the lead after 35 seconds but England hit back seven minutes later through Raheem Sterling’s header and the rampant hosts led 5-1 at the interval with a brace for teenager Jadon Sancho.

Kosovo were not about to depart the biggest night in their short footballing history quietly though.

Within 10 minutes of the restart they had scored twice through Berisha and a penalty by Vedat Muriqi, leaving England manager Gareth Southgate wearing a frown.

Harry Kane, who had scored England’s second goal, had a penalty saved by Arijanet Muric and Sterling then hit the post but Kosovo were still going forward until the final whistle and Bersant Celina went close to making it 5-4.

England lead the group with a maximum 12 points having scored 19 goals in the process while Kosovo are third with eight points and still very much in the frame to qualify for their first tournament finals.

The Czech Republic are in second place with nine points after a 3-0 victory in Montenegro.

Elsewhere on Tuesday, Portugal captain Cristiano Ronaldo took his international tally to 93 goals when he scored four times to give the European champions a 5-1 win away to Lithuania.

Playing in his 161st international, the 34-year-old notched his eighth hat-trick for his country and the 54th of his remarkable career to help Portugal through what had threatened to turn into a frustrating evening.

Ronaldo converted a penalty in the fifth minute but Portugal were surprised when Vytautas Andriuskevicius headed bottom-of-the-table Lithuania level in the 28th minute.

Ronaldo put Portugal back in front in the 62nd minute with a shot which was fumbled by Lithuania goalkeeper Ernestas Setkus, then converted two chances set up by Bernardo Silva.

William Carvalho completed the rout in stoppage time as Portugal stayed second in Group B with eight points, five behind leaders Ukraine with one game in hand.

France forward Kingsley Coman scored his third goal in two matches as he inspired the hosts to a 3-0 win against Andorra.

The pacy Coman, who got a double in Saturday’s 4-1 win over Albania, put France ahead in the first half and hit the woodwork in the second with Clement Lenglet also finding the net after the break and Wissam Ben Yedder scoring in stoppage time.

The world champions stay second in the section with 15 points from six games, level with leaders Turkey who won 4-0 away to Moldova helped by a Cenk Tosun double.