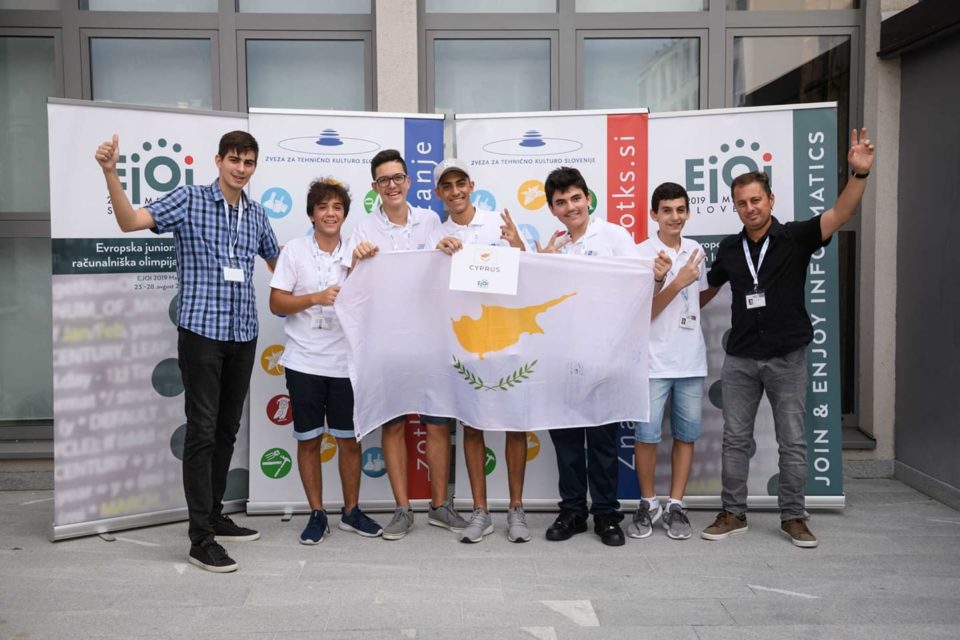 The winning students from the competition in Slovenia

The Cyprus Computer Society (CCS) is pleased to announce that for the first time all members of the Cyprus Student Mission have won awards in an international IT competition.

Four bronze medals were secured by the four junior high school students who represented Cyprus at the 13th Balkan Olympiad in Informatics (JBOI2019) held in Slovenia from August 23 to 29.

The team representing Cyprus was established on the basis of the results of the annual Cyprus Competition organised by the Cyprus Computer Society and the education ministry. The students competed in algorithmic problem solving and programming. Intensive IT and programming lessons were conducted by CCS to prepare the contestants.

CCS warmly congratulates the distinguished students and their attendants for their successful participation as well as the teachers who offered their time to prepare the students during the year. The next JBOI event will take place in Cyprus in the summer of 2020.

Preparatory courses for the next IT Olympiads begin in September. Contact CCS at 22-460680.