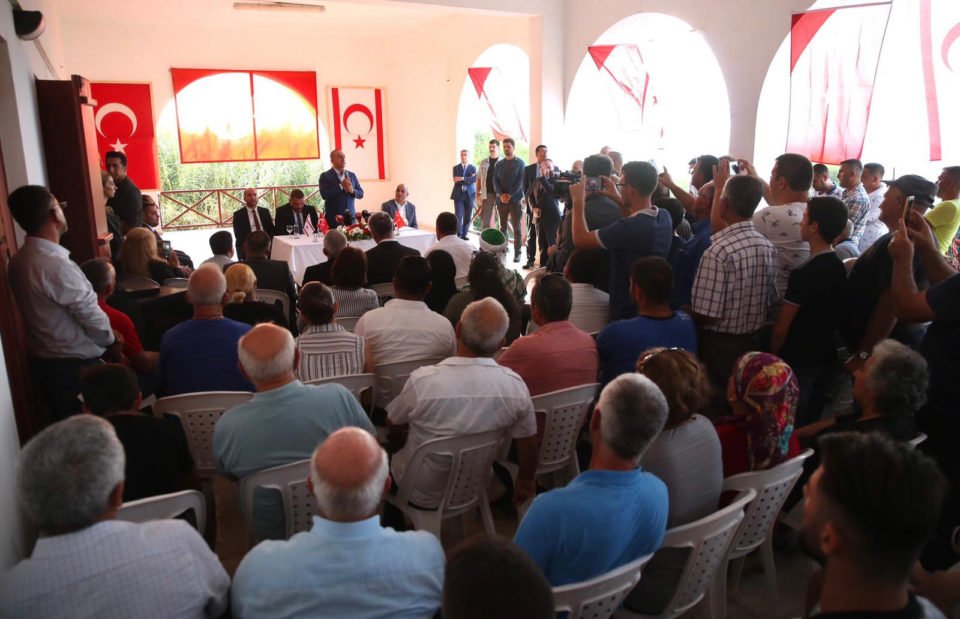 Mevlut Cavusoglu addressing a crowd in the Karpas

Turkish Foreign Minister Mevlut Cavusoglu visited the Karpas peninsula in the northeastern tip of Cyprus, as a “colonial-era” minister, and with his “racist and anti-solution” statements, showed where the real interests of the AKP government in Cyprus lie, the Turkish Cypriot Trade Union Platform has said.

Cavusoglu arrived on the weekend in the north. Speaking during an event, in the Karpas peninsula on Sunday night, he announced that Ankara planned to open a consulate in Famagusta.
“Through these statements, it became obvious that Turkish Cypriots possess no political will and Turkey is the one who is making decisions for them,” the platform said in an announcement.

“Turkey shows that it wants to keep up with its conqueror and colonial-era politics in the 21st century.”

According to the platform, the building where the consulate would be housed belongs to Tel-Sen trade union, which is “another manifestation of Turkey’s expansionist and colonialist-style politics, while proving that the Turkish Cypriot administration only serves as a puppet regime”.
“It must be understood that Cyprus is our homeland, it is our duty to reunify the country, to oppose colonialists and to seek a solution and peace,” the platform said.

It called on political parties that remain silent to “oppose colonialists” and take up their responsibilities.

Japan may have to dump radioactive water into the sea, minister says