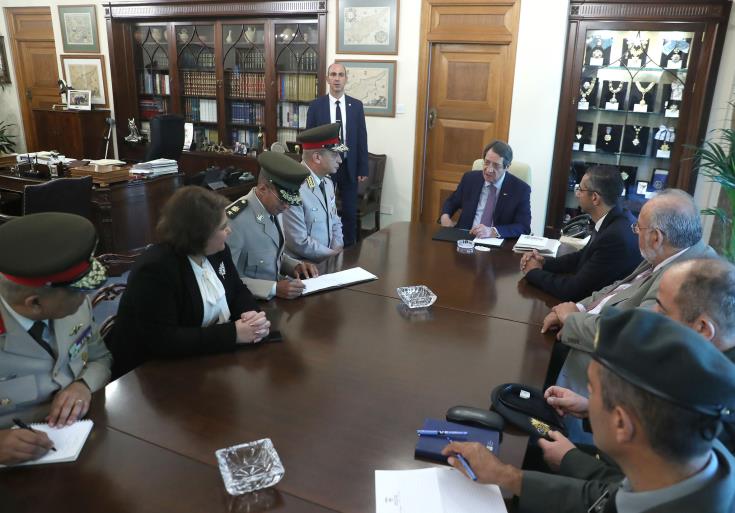 The next Cyprus-Greece-Egypt tripartite summit will be held on October 8, hosted by Egypt, Defence Minister Savvas Angelides announced on Wednesday.

Angelides met in the morning with President Nicos Anastasiades along with the Egyptian Minister of Defence, Mohamed Ahmed Zaki, who is in Cyprus.

Nicosia-Cairo relations on defence and security issues are being upgraded, Angelides said. He also referred to the close cooperation between the two countries in exchanging information on terrorism and energy security issues.

In the context of the meeting, it was decided to announce the date of the next tripartite meeting slated for October 8 in Egypt.

“In both bilateral and trilateral cooperation between Cyprus and Egypt there is continuous upgrading with exercises, exchanges of personnel, which helps in the training of military personnel,” Angelides said.