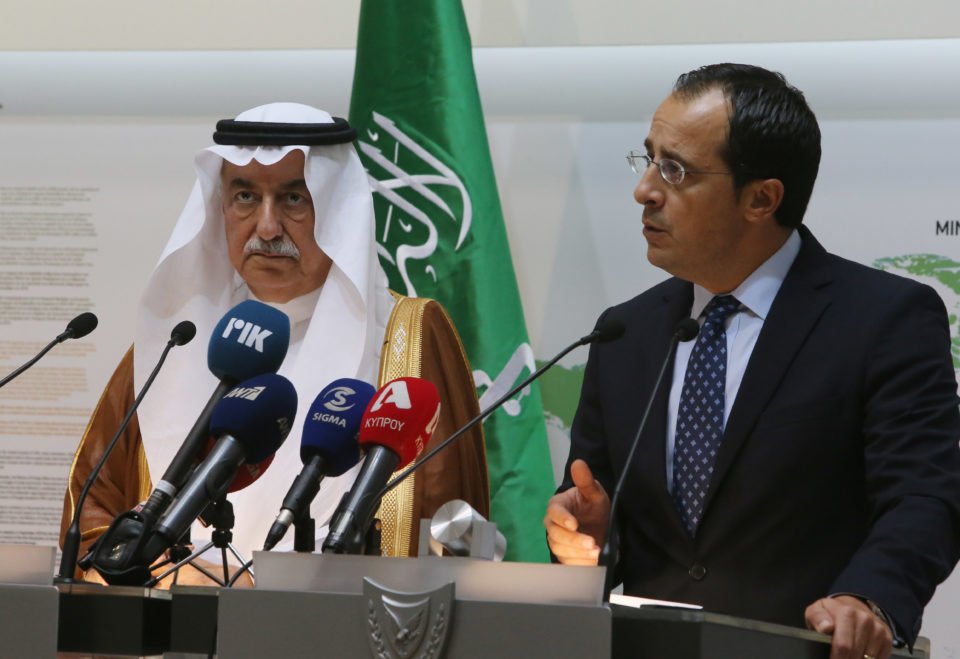 There is “immense untapped potential” in the political, economic, energy, security, military and defence fields in Cyprus and Saudi Arabia that needs to be explored, Foreign Minister Nicos Christodoulides said on Wednesday after a meeting with his counterpart from Riyadh.

Christodoulides met in Nicosia with Saudi Foreign Minister Ibrahim bin Abdulaziz Al-Assaf. It was the first-ever official visit to Cyprus by a foreign minister from the kingdom and comes after the arrival last week of the first-ever resident Saudi ambassador to Cyprus.

The visit by the Saudi FM was “highly significant”, Christodoulides said, according to a statement from the foreign ministry.

“First and foremost, it is a testament of the joint political will and commitment of Cyprus and Saudi Arabia to concretely upgrade our relations,” he said.

“I believe that there is immense untapped potential in the political, economic, energy, security, military and defence fields, that needs to be explored. As such, Minister Al-Assaf and I, looked at ways on how to proceed, and we are in agreement that we need to work on building a structured cooperation. We have been sketching a roadmap, identifying priorities on the way forward,” he added.

One of the main focuses of Cyprus’ foreign policy is the enhancement and expansion of relations with its neighbouring Middle East and Gulf countries, he said, and discussions had been substantial and forward-looking on the full spectrum of relations.

Two instruments, the Agreement on the Avoidance of Double Taxation and the Air Services Agreement, have already been implemented.

The focus now would also be on people-to-people contacts, especially in the areas of tourism and other investments, for which he said bilateral business forums in both countries would be held.

The two ministers also discussed developments in the region, the wider Middle East, the Cyprus issue, and EU-Saudi relations, which Nicosia has pledged to help further enhance within the bloc.

“There is a shared understanding that together we can address common challenges – from terrorism, to the rise of extremism, to climate change more effectively,” Christodoulides said.