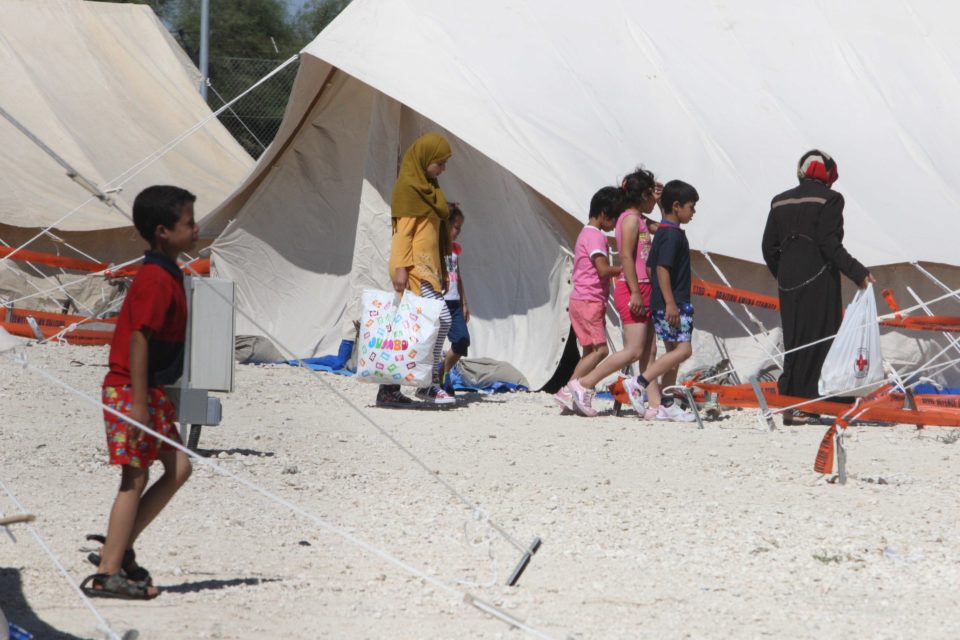 file photo: A group of young migrants at Kokkinotrimithia camp

Early school-leaving among migrant children in Cyprus is almost twice as high compared with native-born children, with Cyprus being one of the six EU countries where the gap is most pronounced, three UN agencies warned on Wednesday.

According to the UN Refugee Agency (UNHCR), the UN Children’s Fund (Unicef), and the International Organisation for Migration (IOM), asylum-seeking and migrant children and adolescents born outside the EU+ area – EU member states, Iceland, Liechtenstein, Norway and Switzerland – face increased obstacles when trying to access and stay in quality education.

Of all school-age children (between the ages of five and 19) in Cyprus, 4 per cent or 7,840 were foreign-born last year.

On the positive side, the agencies said that Cyprus offers free and accessible education to all pupils, including refugees and migrants, and measures and policies aiming to assist the smooth and effective social and educational integration of students with migratory background different are promoted by the education ministry.

Despite this, “challenges remain especially for newly arrived children to have effective access to education,” the report said.

The main problem, the report highlighted, was that twice as many children born outside EU+ quit school compared to native-born children, a phenomenon that is particularly acute in Cyprus, Greece, Italy, Spain, Austria and Belgium.

In Cyprus, procedural requirements can also restrict or deter access to education for children staying irregularly, even though the right to education is provided to all children in the country.

A practice reported in Cyprus and Slovakia, for example, involves schools being obliged to report families without valid documentation to immigration authorities, which may deter such families from enrolling their children.

The agencies called for a stronger link between schools and other critical public services, such as health and child protection, “to ensure that barriers to enrolment and factors contributing to early leaving are addressed.”

Kompany misses testimonial but gets statute as consolation

The East India Company: The first global corporation was the worst