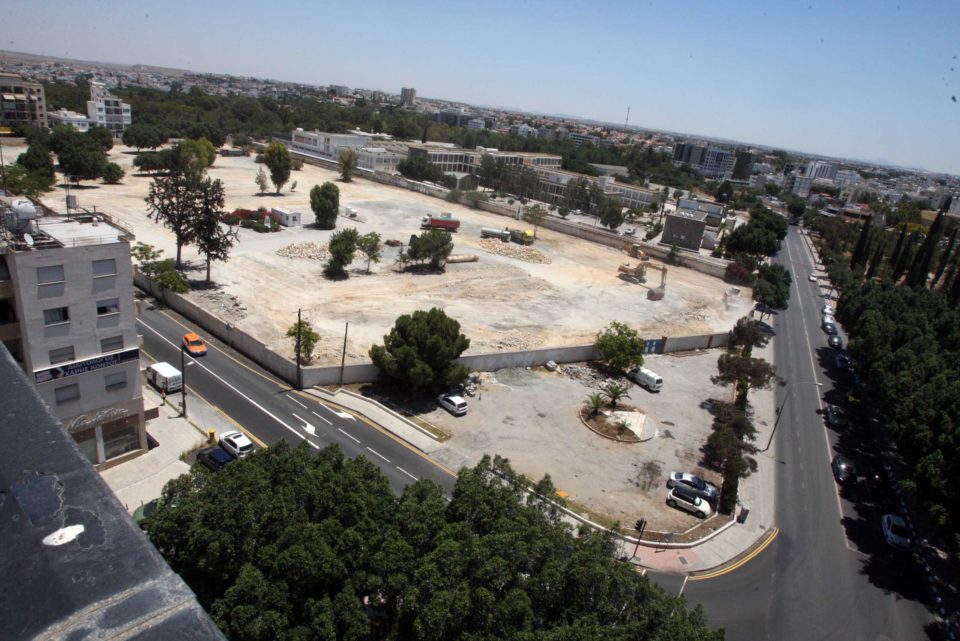 Years ago, the plot was set to be sold to Qatari interests, but the deal fell through.

THE auditor-general as well as MPs piled on land registry officials Thursday for lowballing the value of state land, including one piece of prime real estate in central Nicosia which from €70m in 2014 was recently re-priced at €5m.

Head of the Department of Lands and Surveys (DLS) Andreas Socratous was forced onto the defensive throughout a fiery session of the House watchdog committee.

In particular, he was grilled about the DLS’ revaluation of a plot in Nicosia, opposite the Landmark Hotel (formerly Hilton), which used to house an army camp. Years ago, the plot was set to be sold to Qatari interests, but the deal fell through.

Earlier this summer MPs noticed on the DLS website that the plot was revalued at €5.3m.

Other than the sharp decline, MPs were incredulous as to how a plot of that size, located within central Nicosia and with a high building coefficient, could be estimated as low as €5m.

Socratous admitted an error may have been made, and promised that the DLS would take another look at the case and get back to legislators. In the meantime, he declined to comment further.

The matter was brought to the fore by Akel MP Irini Charalambidou, who back in August wrote to the interior ministry asking for an explanation on the low estimate for the plot in question. Having received no response for over a month, she and colleagues decided to summon DLS officials to parliament.

Charalambidou said when she saw the low DLS estimate, she personally asked a surveyor to take a look at the site. The surveyor came back with a valuation of at least €40m, she said.

Smelling a rat, her party Akel will on Friday be tabling a legislative proposal seeking to stop the state selling the plot without parliamentary oversight.

By law, the outright sale of state-owned land is prohibited, whereas its leasing is allowed. However, the same law features a clause which specifically exempts the plot opposite the hotel from this prohibition.

Akel’s bill, expected to be co-sponsored by most opposition parties, seeks to scrub the clause that permits the sale of the plot.

Weighing in, auditor-general Odysseas Michaelides said the DLS’ valuations are problematic in general. In multiple locations across the island, valuations of state land have taken a nosedive.

In 2018 the DLS began the mammoth task of updating property values – private as well as state-owned – to reflect their market values.

The revised 2018 valuations were to be based on a property’s market price. In 1980 and 2013 properties were assigned a general price, which did not represent the real value of the property.

A main objective of the undertaking was to use the new property values to levy municipal and community fees on immovable property.

Our View: Too little, too late for teen in suicide tragedy