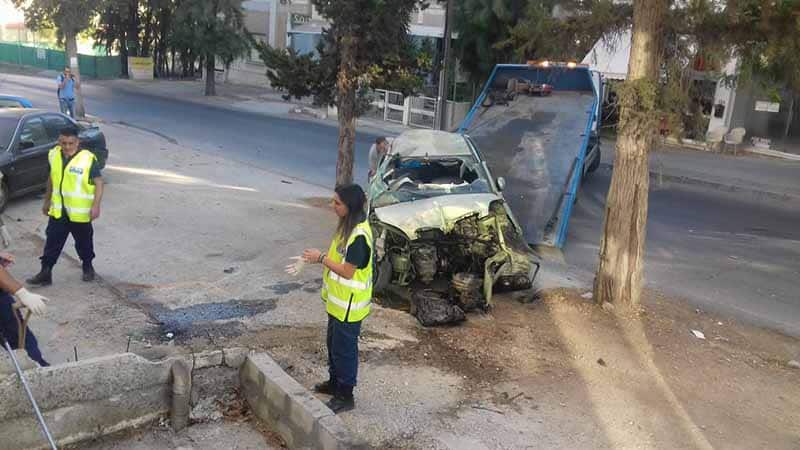 LAWMAKERS on Friday delved into a package of bills providing for deterrent traffic fines that they hope will end the road carnage after a particularly bad year for fatalities so far.

The discussions began even as another person was killed and two injured in Akaki, bringing the total to some 30 deaths so far this year, six of which happened over only 11 days in August.

All MPs at the House transport committee session were agreed after police pleaded with them last month to increase the fines, that current deterrents needed to be higher but views varied on how high the penalties should actually be.

The package of bills provides, among other things, for out-of-court fines to be raised from €85 to €300 in case of driving while using a mobile phone but also for driving without a seat belt or helmet, while the same applies for failing to stop at a traffic light. Fines would be also raised from €85 to €150 for parking on pedestrian crossings while parking in spaces for the disabled, the fine would be raised to €200.

The head of the committee, Diko MP Giorgos Prokopiou, said the increase in penalties was necessary expressing his opinion that he favoured even higher penalties or even penalty points for violations such as parking spaces for people with disabilities or driving under the influence of alcohol or drugs.

“For me, it is inconceivable to (just) increase them from €85 to €200,” he said, adding that those who drive under the influence of alcohol “are potential killers.”

Disy MP Demetris Demetriou said that raising penalties would boost road awareness, adding that his party was considering suggesting fines on the basis of people’s income to ensure payment.

He suggested that fines could be proportional to one’s salary so that the penalties could be equally weighted “whether one earns €1,000 or €5,000.”

“We believe it is a fairer and more substantial measure because it will affect the life of every fellow citizen in the same way,” he said.

For Akel MP Christakis Giovanis, the increase in penalties ought to be based on the standard of living, he said.

Giovanis also said that procedures as regards speed cameras need to expedited, arguing that the issue has been pending for 12 years. He said speed cameras would avert many traffic accidents.

Greens’ MP Charalambos Theopemptou pointed out that even if fines are raised other measures need to be taken.

He said that the road network does not provide for policing, while the planning of roads in the cities allows high speeds.

The committee will begin a more detailed discussion of the bills in its next meeting.

Police have been calling for years for harsher traffic fines as a necessary deterrent.

The government submitted the bills in March.

Included in the bills is an increase in the fines for speeding from €1 per kilometre to €5 while reckless driving that ends up causing bodily harm will be punishable with up to three years in jail and or a fine of up to €10,000.

Meanwhile, it emerged on Friday that police still appear to be using the ‘hide-and-seek’ approach as part of stricter traffic control measures in contradiction to what police chief Kypros Michaelides said only two months ago.

On Thursday, a police car was spotted parked in the bushes in Ayia Napa near the Olympic Lagoon Hotel with a speed trap set up behind a bollard divider in order surprise drivers.

Michaelides announced on July 10 that traffic police officers would no longer play ‘hide-and-seek’ to catch offenders, that is, they would not hide behind bushes or other objects in order to surprise drivers.

“Police hide-and-seek will stop, some bad practices inside the police force will stop. This practice was not in the guidelines of any previous leadership, neither was the goal of giving out a big number of tickets,” he said at the time.

Among the stricter traffic measures was to be the implementation of triple checks on the motorway. Each check would be from 5km to 15km apart. Mobile cameras will also be used by next year to help traffic police with speed recording.

A full system of traffic cameras will also be installed by 2022 that will be able to photograph check for other violations such as not wearing a seatbelt, talking on the phone while driving, driving through a red light and crossing the white line at the traffic lights.

Police will also change the way they book drivers who commit offences in the towns. Instead of leaving their vehicles to conduct such checks, they will now carry out inspections while driving, or from motorbikes, in other words, ‘on-the-go checks’.