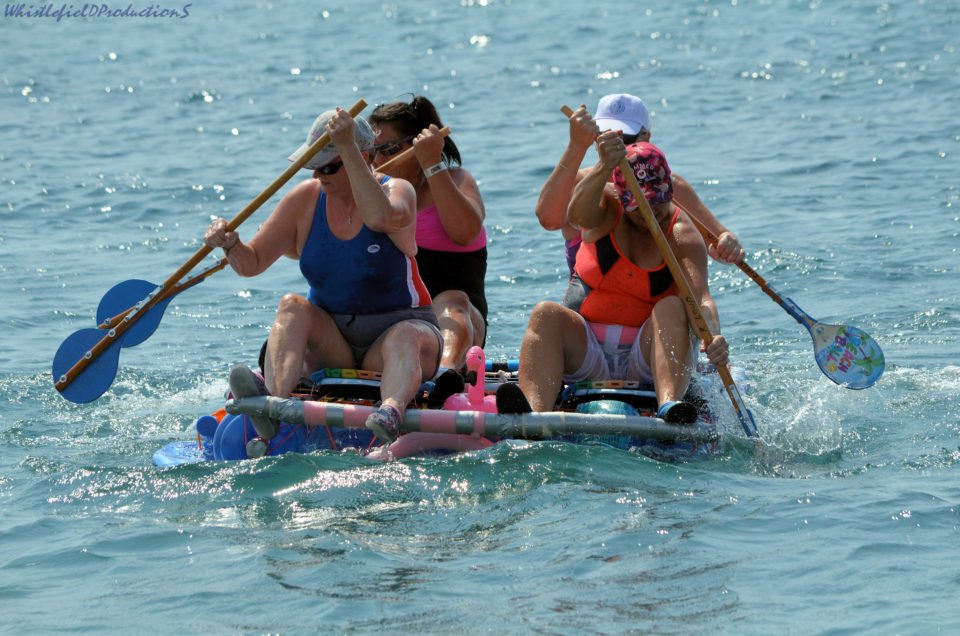 An annual raft race that raises funds for Paws dog shelter in Paphos will get underway in Paphos on Saturday.

The event will start at 10am at Bonamare Beach bar in Timi, Paphos. The first race is at 11am.

This year, nine rafts will compete in the fun event in two separate categories to win a cup and certificate, whilst raising much-needed funds for the registered charity.

“This is such a popular event for us and around 200 to 300 spectators come to cheer and support the teams and it’s a fantastic day out for the family,” shelter manager, Matthew Harris told the Cyprus Mail.

The two categories, ‘competitive and ‘just for fun’ will see three heats in each, with the finalists battling it out for the top spots.

Participants have to make their way from the shore out to a buoy and back again. There is a €20 registration fee per raft and each team should also raise a minimum of €50 through sponsorship.

Even though the event is a fun one, there is a huge competitiveness between entrants and various rules apply, such as the crew must ride ‘on’ or ‘astride’ a raft and not ‘in’ the raft, and any raft deemed as boat-like by the judges will be disqualified. No engines are allowed and rafts are crewed by between two and four people.

Rafts and paddles are to be built prior to the event, and entrants have to remember that they will have to carry them down to the beach. At least one person must remain on board of the raft at all times during the race.

Last year the event raised close to €4,000 and this year the charity is hoping to beat that amount, as one entrant, a volunteer at the shelter, has already managed to raise more than €1,000 in sponsorship.

Rafts are crafted out of all sorts of materials including, large water bottles, containers, wood and plastic and some have chairs on top, said Harris. “Unfortunately, some sink, like mine did last year.”

The official name of the registered charity is ‘the Cyprus Association for the Protection and Care of Animals’ (Capca), but it is better known as Paws. The dog shelter is found in Achelia, close to Paphos airport.

“Our new calendar for 2020 will also be on sale and it features some of our dogs in different scenarios,” he said.

Refreshments will also be available and music will be provided by Rock FM.

The shelter managed to home 32 dogs in the last month alone, with 18 of those finding homes in Germany.

There are currently 132 dogs and puppies at the facility, which costs around €230,000 a year to operate and is funded by the Paws charity shop in Chlorakas and other fund-raising events, such as the raft race.